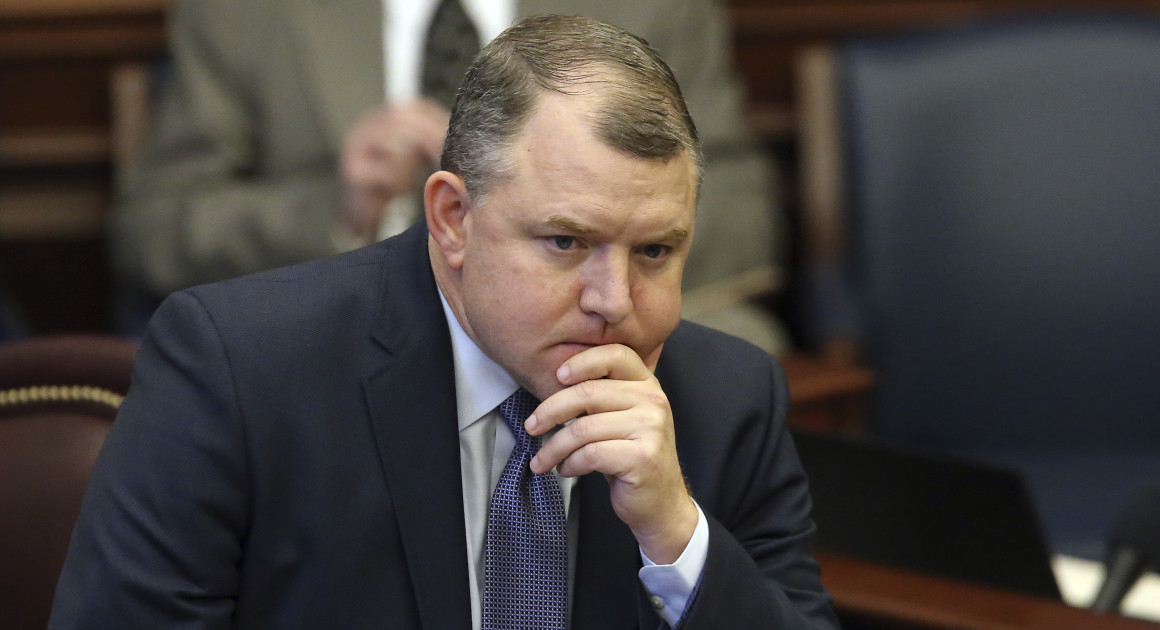 Coronavirus concerns spur a second look at the state budget.

On Wednesday, the Senate Appropriations Committee hashed out details of the House tax package (HB 7097) that would have cut revenue by $120.5 million in Fiscal Year 2020-2021.

The bill is on Thursday’s Special Order calendar, meaning it is queued up for discussion by the full Senate and will be set up for a vote by the end of the week.

The most repeated phrase in committee: it’s a “work in progress.”

“We’re going to debate this thing on the floor … and it’s going to move around,” Senate budget chief Rob Bradley said.

The goal is to get to an agreement and set up the budget for a vote next Wednesday.

With mounting anxieties about the hard cost of coronavirus response (with a $25 million down payment, but anywhere from $100-200 million called for in reserves) and the soft costs associated with what Speaker Jose Oliva described as associated economic “panic,” it was up to Senate budgeters to find money for what will be an elastic response to what the World Health Organization officially now considers a pandemic.

Bradley expects the package to be “trimmed back” further as things move, noting that “everything was a jump ball today” and that he expects a “leaner” tax package. Though he couldn’t say how much leaner.

“In these last few days,” Bradley said the goal was to “take into account everything that’s happening in the world,” with the goal being a “conservative budget.”

However, some allocations are locked in: $100 million for Florida Forever, raises for teachers and state workers, money for affordable housing, and other already-agreed on line items.

“We want to look for savings where we can,” Bradley said, with the goal being “robust reserves.”

The tax plan saw a number of ambitious cuts including a communications services tax cut amounting to $24.9 million next fiscal year, growing to $59.7 million a year over time; a seven-day disaster-relief tax “holiday,” projected to cut taxes by $5.6 million; and a back-to-school tax holiday.

These items are safe, Bradley predicted.

In the House, Democrats had targeted corporate tax kickbacks, amounting to $543 million.

The Senate offered a number of amendments to the tax package from the House, suggesting a protracted back and forth that must be resolved to get the budget passed.

However, eliminating a stadium tax credit program, with $13 million in unspent funds, is not on the table.

The bill also ensures charter schools get a portion of any sales surtax referenda for public schools.

Sen. Tom Lee wanted an itemized list of expenditures from those schools as part of the “clear and unambiguous” articulation of the spending plan, as public schools would have to provide.

Senators also debated an amendment that would have protected tourism marketing money from cuts.

Sen. Anitere Flores noted that the coronavirus had crimped Miami-area tourism money, which made plans in the House bill to “repurpose” tourist development money away from marketing concerning.

A similar carveout for a half-cent transportation surtax in Miami was protected also; language in the strike-all would have sunset the revenue stream, and Sen. Oscar Braynon successfully fought to protect it.

Lobbyist Ron Book, representing Miami-Dade, stressed that it was a Miami-only carveout.

Sponsor Sen. Jeff Brandes said the “very exclusive carveout” would protect aircraft being used in Florida for military engagements. Brandes said the amendment would be revenue neutral because without it the planes would be based elsewhere.

Book was distressed over the “implications” of the credit, a concept unvetted by the Senate. However, the amendment was turfed.

Florida TaxWatch and the National Federation of Independent Changes supported the Senate changes.

However, the Florida Center for Economic and Fiscal Policy urged legislators to “tread lightly” on tax breaks, especially recurring ones for corporations.

A potential tax increase for hospitals is also in play.

Stargel said the bill was being postured to move forward in the next 48 hours, ahead of the adoption of the amendment, setting the bill up for the Senate floor.

Senate President Bill Galvano, addressing media Wednesday after the floor session, noted that an open question is “what number we want to end up on on the tax bill.”

Ultimately, he expects a $50 million cushion.

And he noted that “anything’s in play” for those cuts, potentially mixing messages with his budget chair.