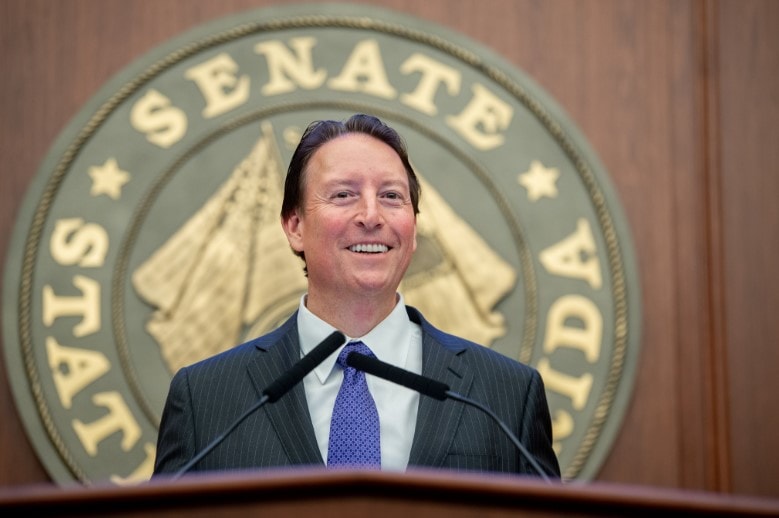 Galvano also addressed the House tax package that the Senate is mulling.

Senate President Bill Galvano said Wednesday that a deal on the state’s budget is in sight.

“I feel good about how things are progressing. I laid out what is a tentative schedule but a reasonable, achievable schedule.”

“We have two busy days ahead of us, and then hopefully we’ll be able to hit ‘print’ on the budget and move forward,” Galvano told media.

The goal is to finalize the budget Friday, setting up a 72-hour cooling off period extended by another day because legislators will not work on Tuesday, the day of the Florida Presidential Preference Primary.

One sticking point has been teacher pay, where the House and Senate have had different views.

“We’re working on a final number for teacher pay where we include starting teachers and veteran teachers,” Galvano said.

In his last media availability Monday, he identified teacher pay as a sticking point.

Oliva addressed these issues with media Monday night after the marathon floor session, saying that teacher pay is “one of the largest recurring expenditures that has been proposed this year,” and “has to be looked at.”

The Speaker also expressed concern over the economy in the age of coronavirus.

“What we’re going to see now from here on out and probably into the summer is a difficult economy,” Oliva added. “We both want to make sure, the Senate President and myself, to put enough money into reserves.”

Galvano also addressed the House tax package that the Senate is mulling.

One open question is “what number we want to end up on on the tax bill.”

Ultimately, he expects a $50 million cushion.

And he noted that “anything’s in play” for those cuts, potentially mixing messages with his budget chair.

Speaker Oliva’s comments on the tax package, again, are pending.