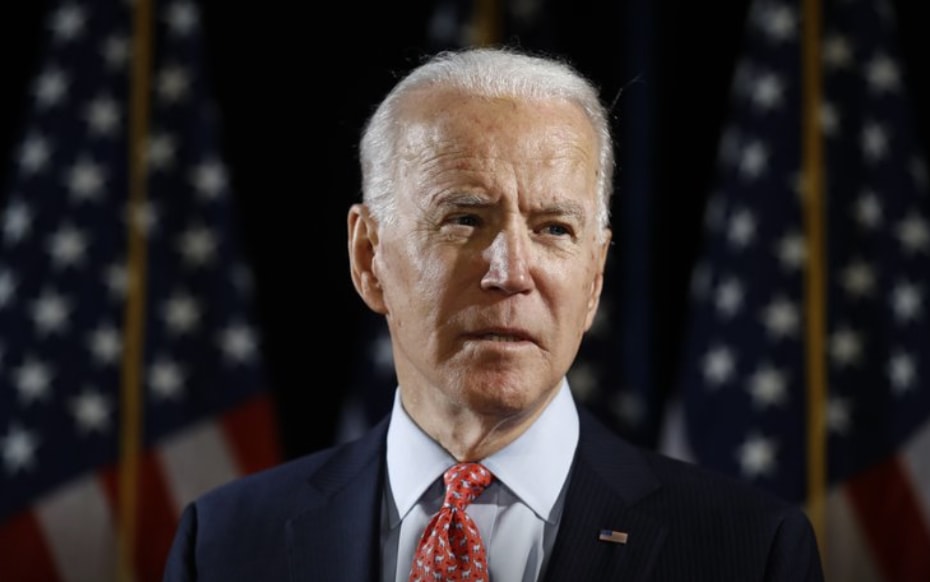 'This administration has left us woefully unprepared,' Biden charged.

Democratic presidential candidate Joe Biden on Thursday called for a sweeping national response to the coronavirus outbreak, chiding President Donald Trump for a response he said was woefully insufficient and warning that the widening public health crisis should not be viewed through a lens of politics.

“This administration has left us woefully unprepared for the exact crisis we now face,” Biden said in a speech delivered from his hometown of Wilmington, Delaware, and tailored to draw sharp contrasts between the former vice president and the Republican incumbent he hopes to topple this fall.

A short time later, Biden’s last Democratic presidential rival, Vermont Sen. Bernie Sanders, said the outbreak may isolate Americans working from home and in quarantine and he suggested the country needed to band together, not divide.

“If there ever was a time in the modern history of our country when we were all in this together this is the moment,” Sanders said. He said of Trump’s White House, “We have an administration that is largely incompetent and whose incompetence and recklessness have threatened the lives of many, many people in this country.”

Trump’s reelection campaign responded by blasting both of the Democrats, charging that Biden has “shown terrible judgment and incompetence in the face of public health issues;” and charging that Sanders is “the wrong prescription for fighting an outbreak like the coronavirus… [advocating] for a government takeover of health care, which would close hundreds of rural hospitals.”

Biden said he is already up to meeting such challenges better than Trump.

“No president can promise to prevent future outbreaks, but I can promise you this, when I’m president we will be better prepared, respond better and recover better,” Biden declared. “We will lead with science, listen to the experts, will heed their advice. We’ll build American leadership and rebuild it to rally the world to meet the global threats that we are likely to face again.”

Biden cautioned that the virus, which some Trump allies have dismissed as overblown fodder for the president’s critics, “does not have a political affiliation.” And in a direct dig at Trump, Biden added another pledge: “I’ll always tell you the truth. This is the responsibility of a president. That’s what is owed the American people.”

The former vice president and Sanders gave their dueling addresses on the coronavirus less than 24 hours after Trump spoke to the nation from the Oval Office about a public health crisis he’d previously downplayed.

Sanders called on Trump to declare a national emergency and said a hotline should be established for people seeking information about coronavirus.

He also said the U.S. was at a “major disadvantage” compared with other countries since many people have no medical insurance.

Sanders has advocated for fully government-financed health care under a “Medicare for All” system that is the centerpiece of his campaign. But he said Thursday that in the meantime during the outbreak, the government must ensure that, “Everyone must be able to get all of the health care that they need without cost.” He added that if a vaccine to the virus is developed, it should be free.

“We need an emergency response to the emergency,” Sanders said, “and we need it immediately.”

With his speech, Biden unveiled a slate of policy proposals and said Trump is “welcome to adopt all of it today.” Biden called for all medically necessary testing for the virus to be accessible and without cost.

He called for Congress to enact paid leave for all Americans, both as a temporary fix in responding to the current health crisis and a long-term solution to what he describes as a key gap in U.S. labor practices. Biden also proposed mobilizing federal resources to ensure at least 10 testing sites in every state and providing federal aid, including from the Pentagon, to put a stand-up hospital in any American city where an outbreak exceeds the capacity of existing health care infrastructure.

Biden pledged that his administration would hold daily briefings in any such crisis, with top public health professionals in front of cameras to address the nation directly. Aides said Biden’s aim, besides addressing the current situation, was to give voters a practical example of one of his core arguments: that he’d be ready on Inauguration Day to handle whatever trials reach the Oval Office.

In some ways, the dynamics recall the financial crisis that mushroomed late in the summer of 2008. The meltdown further damaged outgoing President George W. Bush and his Republican Party, dealing GOP nominee John McCain a new setback and granting a wider opening for Democratic nominee Barack Obama and his running mate, Biden. But that unfolded weeks before the election — Biden must keep making his case for nearly eight months.

Biden now leads Sanders by more than 150 delegates after winning four more state primaries Tuesday, with Washington state still being counted. And his advantage could expand considerably next Tuesday when the delegate-rich states of Florida, Illinois and Ohio hold primaries.

Biden and Sanders have both canceled public events ahead of next Tuesday’s primaries, yielding to public health officers and elected officials who are discouraging large campaign rallies. The pair will meet in a debate Sunday night on CNN, without a live audience.

Regardless of how Biden handles the moment, the coronavirus outbreak comes at a political juncture for him.

“The Obama White House had to publicly apologize for and clean up after Biden when his irresponsible remarks caused panic during the swine flu outbreak in 2009. Just weeks ago, he was openly critical of President Trump’s early move to restrict travel from China to the United States in response to the coronavirus – a decision which medical experts agree helped impede the spread of the virus to this country. Yesterday his campaign actually raised the vile conspiracy theory that the President purposely allowed the coronavirus to spread. In times like this, America needs leadership and Biden has shown none. President Trump acted early and decisively and has put the United States on stronger footing than other nations. His every move has been aimed at keeping Americans safe, while Joe Biden has sought to capitalize politically and stoke citizens’ fears.”

“His plan would drive doctors and other medical workers away from the profession, leaving America woefully unprepared for public health emergencies. Further, he’s said he would not even consider closing our borders to protect our people, even if it were necessary to control the spread of the virus. He’s just another Democrat candidate for president trying to score political points by recklessly provoking anxiety and fear.”