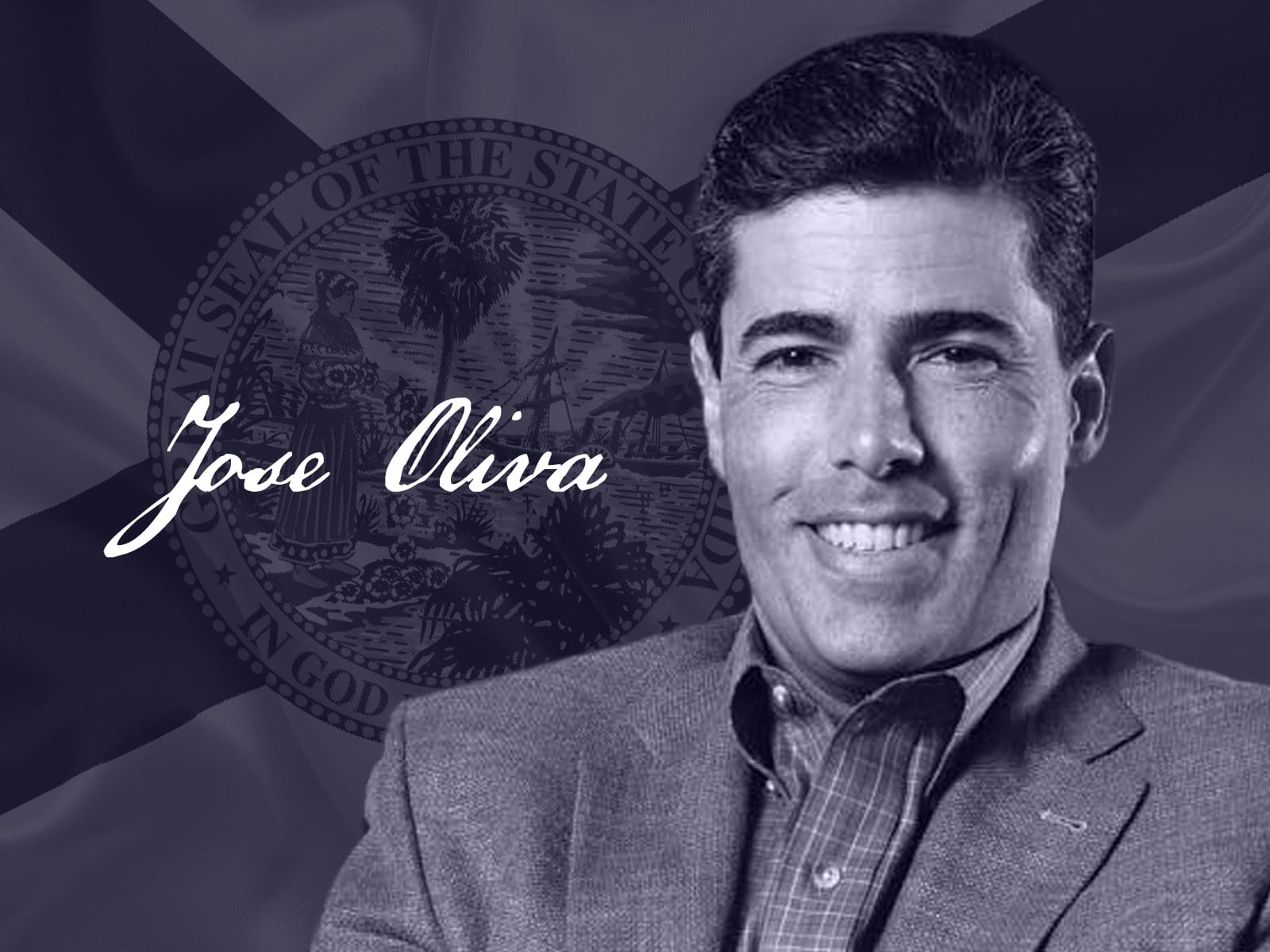 The House Speaker, first elected in 2011, terms out this year.

House members bid an early farewell to their House Speaker, a man his colleagues frequently describe as principled.

House Speaker José Oliva has represented Miami Lakes since 2011, first elected to his seat in a special election. And just for a day, he returned to his actual assigned seat on west side of the floor.

Speaker Pro Tempore MaryLynn Magar offered the House’s thanks to the Speaker, who led the body through the 2019 and 2020 Sessions. Complimenting his principled nature, she said there is no question that he is guided by the Bible.

“In this chamber, we also believe you are guided by another good book, a book from the economic prophet Milton Friedman.”

Magar noted that Friedman, a Nobel Prize-winning economist, was among the first to write about the elimination of medical licensure and the creation of school choice in his 1962 book “Capitalism and Freedom.” The House gifted him a first edition  of the book.

On Wednesday, Gov. Ron DeSantis fastracked his signature on two of the Speaker’s scope of practice priorities for pharmacists (HB 389) and advanced practice registered nurses (HB 607).

Speaking not from his usual post on the rostrum but from the podium on the floor, Oliva thanked his constituents, his staff, House staff, friends in the process and his predecessor, Education Commissioner Richard Corcoran. Corcoran’s changes in policy and House culture “made an indelible mark” that influenced his tenure too, Oliva said.

His gift back to each House member were gavels of their own, calling them pieces of his larger gavel back on the rostrum.

“I’ve never seen that as my gavel,” Oliva said. “I’ve always seen it as an extension of all of yours. And I’ve tried to make sure that this House is run in a way that is dignified and that is representative of that.”

And he extended a thanks to Senate President Bill Galvano for their teamwork over the past two years.

“It makes sense that they would not believe it, Mr. President, because in order to have done what we did, it takes a lot of courage to fight, no doubt, but it takes tremendous courage to trust, because that’s when one is truly exposed. You always trusted, and I thank you so much.”

Galvano also said goodbye Thursday to his chamber across the rotunda. Friday marks the 60th day of the Legislative Session, but lawmakers will meet over the weekend and early next week to hash out the state budget.

Oliva, joined on the floor by his wife Jeanne and their three children, thanked his family for the sacrifice they made to send him to Tallahassee. His wife was pregnant with their son Benjamin when he was first elected to the House over eight years ago.

The outgoing Speaker shared that his son has started asking when his time in Tallahassee finishes. To that, he offered the youngest Oliva a fist bump.

“I think that’s next week, buddy.”

The South Florida cigar mogul and son of Cuban refugees, Oliva learned a lot in his childhood about the atrocities in Cuba and the Declaration of Independence’s inalienable rights. He saw his and his cousins’ lives diverge in schooling, business opportunities and his freedom to run for office.

His cousins risk their jobs or jail time if they complain above a whisper. And they and their fellow Cubans can be incarcerated for trying to leave the country.

That reality put the freedoms to criticize and seek to improve the United States in perspective.

“Remember always that she may not be the best that she can be, but she is the best that there has ever been,” Oliva said. “Always remember that, and take care of it.”