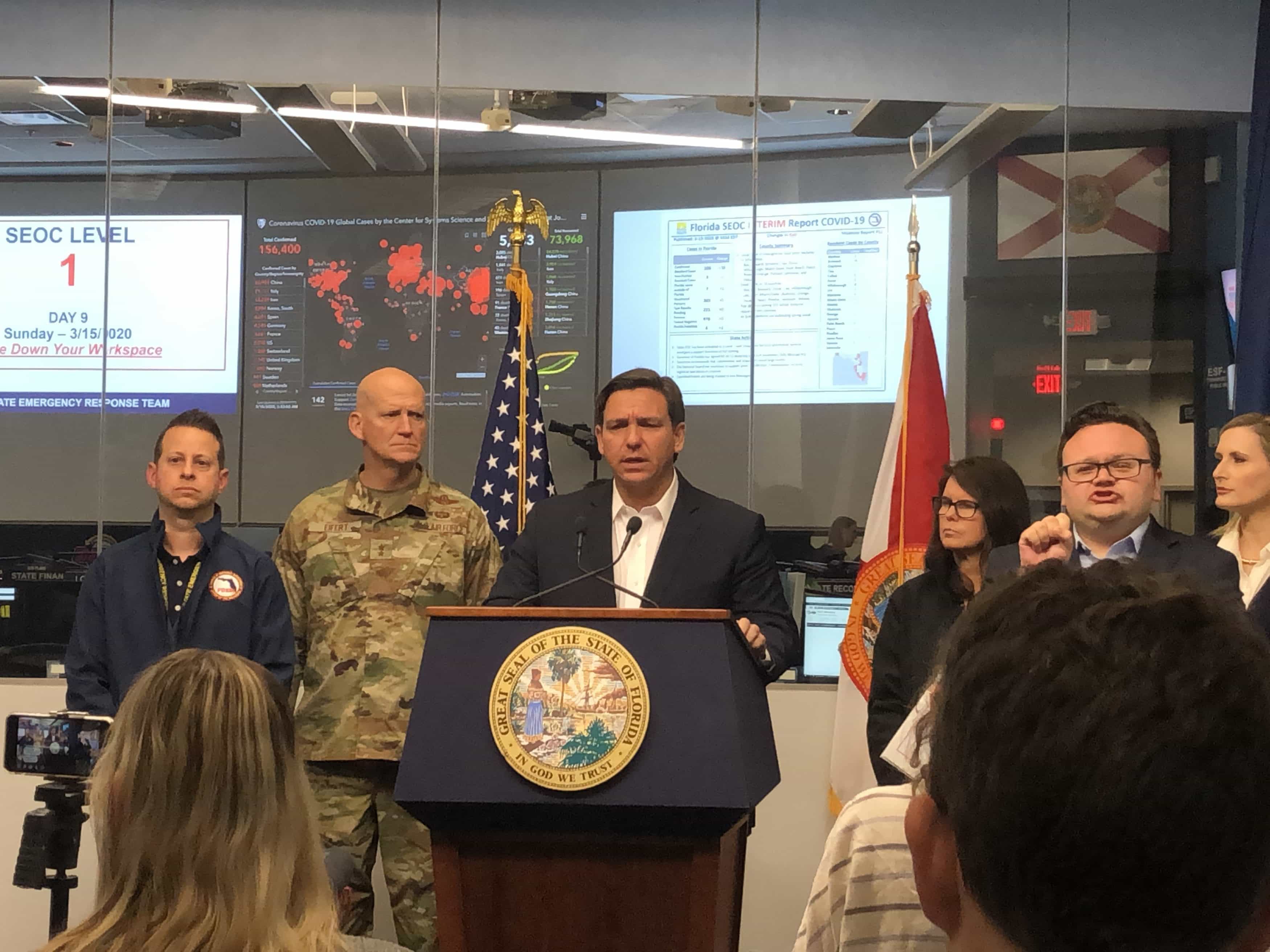 The state will establish a drive-thru testing operation in Broward County to help combat the novel coronavirus becoming the virus’ epicenter in the state.

That operation will be set up in conjunction with the Memorial Healthcare System in Miramar and with the help of hundreds of guardsmen from the Florida National Guard.

Those tests will be free for a subset of the population.

“We’re going to work really hard to get this up an running as soon as possible,” Gov. Ron DeSantis told reporters Sunday.

Other states have created pop-up testing sites with varying success. But by increasing access for testing, especially in a location outside of the hospital, medical professional could offer dedicated assistance and reduce the potential spread of the virus.

The Governor floated the idea of limiting restaurant capacity to 50% but was not convinced closing restaurants entirely would be necessary. And with Spring Break on the horizon, he said he is working with the Mayors of Miami Beach and Fort Lauderdale to consider how to limit “massive gatherings” of college students at bars.

“To have people congregating in these bars or on these beaches like this I think undercuts our efforts to protect our vulnerable populations,” he said.

“Florida’s not going to be a place where you’re going to be out till two in the morning with 500 people at some bar, at least that’s what we’re recommending.”

Even as the pandemic’s effect on cruise ships, tourism and large-scale events raise questions for the state’s economy, the Governor also directed concerns at small businesses. On Sunday morning, he sent a letter to the Federal Small Business Administration to activate its loan program for small businesses.

“These are people that are working hard, didn’t make any bad business decisions and are suffering negative consequences because of a totally external event,” DeSantis said.

As for school closures, the Governor said individual districts will need to decide if teachers come in for work.

Early Sunday the DOH announced 39 new Florida cases, putting the state’s total over 100, but just before the Governor spoke, DOH raised its tally to 136 Florida residents. Four residents have died after contracting the virus.

The state expects totals to start rolling in throughout the day rather than just once per day.

The Division of Emergency Management has distributed 500 test kits to hospitals and an additional five hundred to county health departments.

On Thursday, the Governor suspended travel for state employees and recommended large events be canceled. However, he said Saturday that he does not foresee directing any public functions to close, rather events and the state will continue to work collaboratively.

The next day, DeSantis barred all visitors to nursing homes, assisted living facilities, group homes and long-term care homes in Broward County for 30 days after several more people tested positive for the coronavirus.

On Saturday, DeSantis announced he was hiring more epidemiologists and raising the Emergency Operation Center’s readiness level to its highest possible.