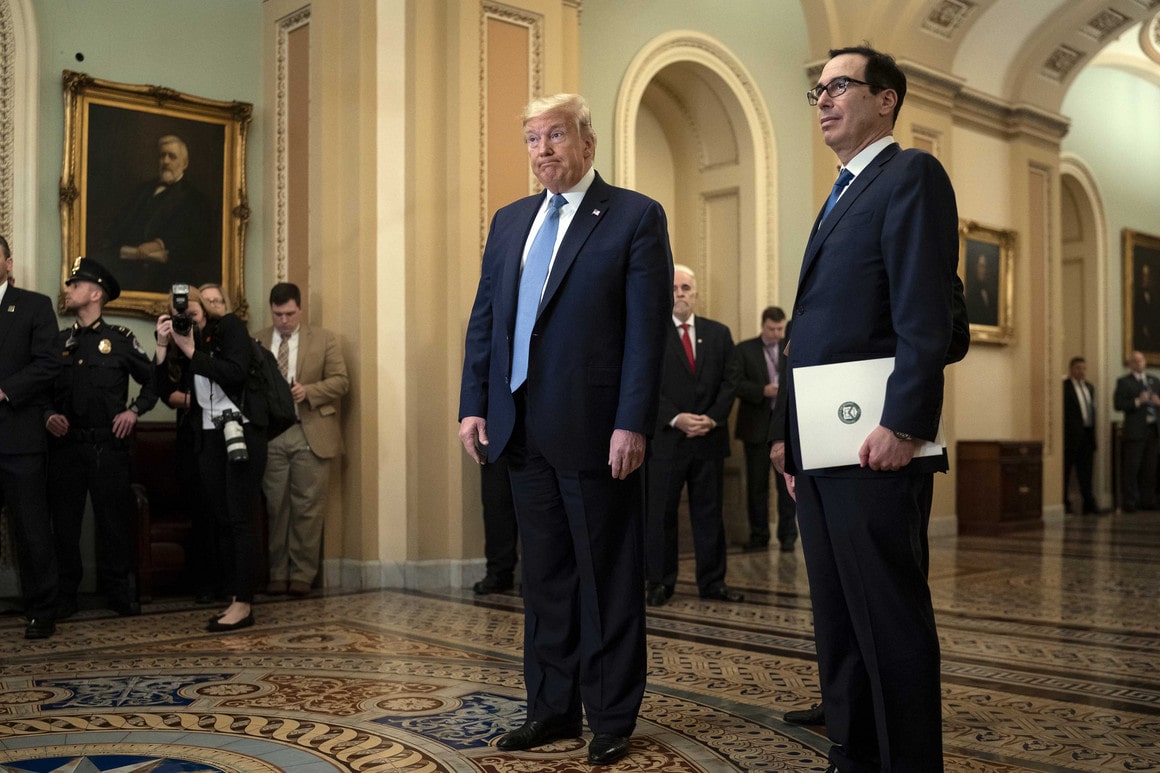 "The President wants them to get cash now. And by now I mean in the next two weeks."

President Donald Trump and Treasury Secretary Steven Mnuchin announced Tuesday they want the federal government to send checks to American workers and to bail out airlines and hotel companies because of the economic collapse from the new coronavirus outbreak.

At a White House press conference Tuesday, Trump and Mnuchin repeatedly refused to offer details of the $850 billion stimulus plan on the table, how much money might go to individual workers or businesses, or how it would be distributed. They said they remain in discussions with Republican leadership in the Senate and with Democratic House Speaker Nancy Pelosi on various alternatives.

However, they pledged the checks and bailouts would be big and swift.

Mnuchin made it sounds as if Trump’s initial proposal for a payroll tax waiver is off the table as a vehicle for pumping money back into the economy. With Trump standing next to him at a press conference, Mnuchin said that proposal would take too long.

“What we’ve heard from hard-working Americans, many companies have shut down, whether bars or restaurants, Americans need cash now. And the President wants them to get cash now. And by now I mean in the next two weeks,” he said.

Trump said that eliminating the payroll tax idea leaves four ways to send money to workers, but he did not elaborate. He and Mnuchin said details would be released after further conversations with congressional leaders.

“We don’t want to talk about it, but it’s a substantial number. We’re going big,” Trump said. “That’s the way [Senate Majority Leader] Mitch McConnell wants to go, the way I want to go, that’s the way we want to get it done.”

There likely would be some sort of income ceiling for people to qualify for the checks: “We don’t need to send people who make a million dollars checks,” Trump said.

They also would not discuss details for the planned airline and hotel company bail outs, but repeatedly said they do not want any of them going out of business.

There was no specific mention of other industries that are being hit hard by closures, including tourism-sector businesses like Florida’s cruise industry and theme parks and attractions. But they weren’t explicitly excluded, either.