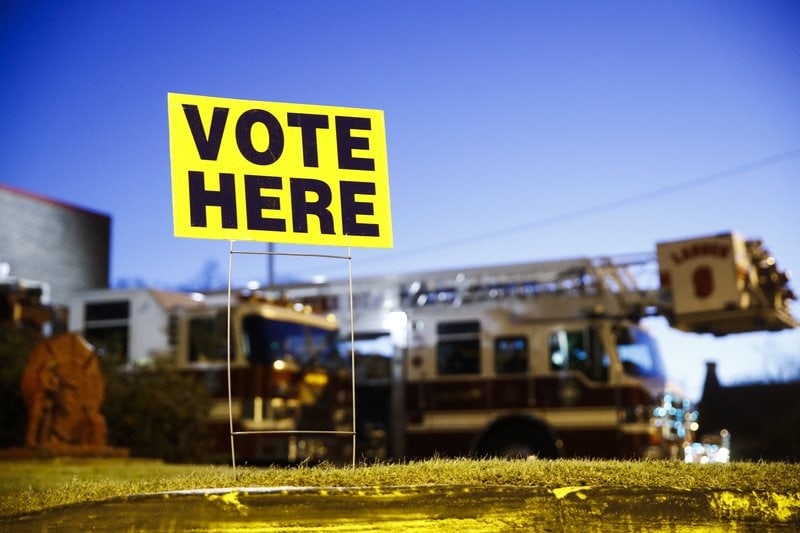 To me, the choice is clear.

Florida’s presidential preference primary is today. I believe that this primary represents more than a simple choice between Republican and Democrat, left or right. It’s a fundamental choice about our identity as a country. It’s a choice between the regressive, failed, socialism of the far-left, and the freedom and prosperity of President Donald Trump’s pro-growth agenda.

Today’s Democrat party is not the same Democrat party of years past. 2020 Democrats Joe Biden and Bernie Sanders are two sides of the same coin: both men are advocating for sky-high taxes and a government takeover of health care.

Sen. Sanders has even doubled and tripled down on his praise of murderous tyrant Fidel Castro, a disgusting position deeply offensive to Floridians, too many of whom know the horrors of socialism in Latin America firsthand.

These policies would have a disastrous effect on Florida and the nation at large.

Biden’s tax plan would raise taxes by an eye-popping $4 trillion over the coming decade.

With these radical proposals, you might assume that America was struggling and desperate for drastic change. In reality, Trump’s “Promises Made, Promises Kept” agenda has delivered win after win for the American people.

Since Trump’s 2016 election, Florida has added 625,400 new jobs, including 24,700 manufacturing jobs. Our state unemployment rate has hit a record low of just 3%, and Trump’s Tax Cuts and Jobs Act generated a $1,354 tax cut on average for Florida households.

These indicators of economic progress are best encapsulated by a recent Gallup Poll, which showed that 61% of Americans feel they’re better off since the last Presidential election.

That number is — you guessed it — another broken record, proving once more that Trump has set America on an unprecedented path of economic success.

The President has also scored win after win abroad. Trump withdrew us from the disastrous NAFTA trade deal and secured the United States-Mexico-Canada Agreement (USMCA).

This deal will increase America’s agricultural exports by $2 billion and result in a $65 billion increase in our GDP. The Sunshine State — home to 19,000 manufacturers employing 331,000 Floridians, as well as 750,400 Florida jobs supported by trade with Canada and Mexico — will see the benefits of this new approach to international trade.

Whereas Sanders praises socialist dictators, Trump has taken a strong stance on far-left authoritarianism. He tripled aid to those struggling under Venezuela’s Nicolás Maduro while imposing harsh sanctions on the tyrant’s regime and was the first to recognize Juan Guaidó as the legitimate leader of Venezuela — inviting him as a guest of honor to his recent State of the Union address.

Even today, as Floridians are experiencing the effects of the coronavirus pandemic, Trump has shown true leadership by declaring a national state of emergency, restricting travel from Europe, and directing the Small Business Administration (SBA) to help support business and workers affected by this outbreak.

Meanwhile, Democrats are playing politics with the virus.

Democrats are cozying up to dictators while scheming to raise your taxes, strip you of your health care, and undo three years of booming economic progress.

Trump wants more money in your pocket, free and fair trade, and a foreign policy that unambiguously condemns the graveyard of failed socialist policies.

To me, the choice is clear. I look forward to supporting Trump for four more years in the White House. I urge my fellow Floridians to do the same.

State. Sen. Joe Gruters represents the Sarasota area in SD 23 and is chair of the Republican Party of Florida.