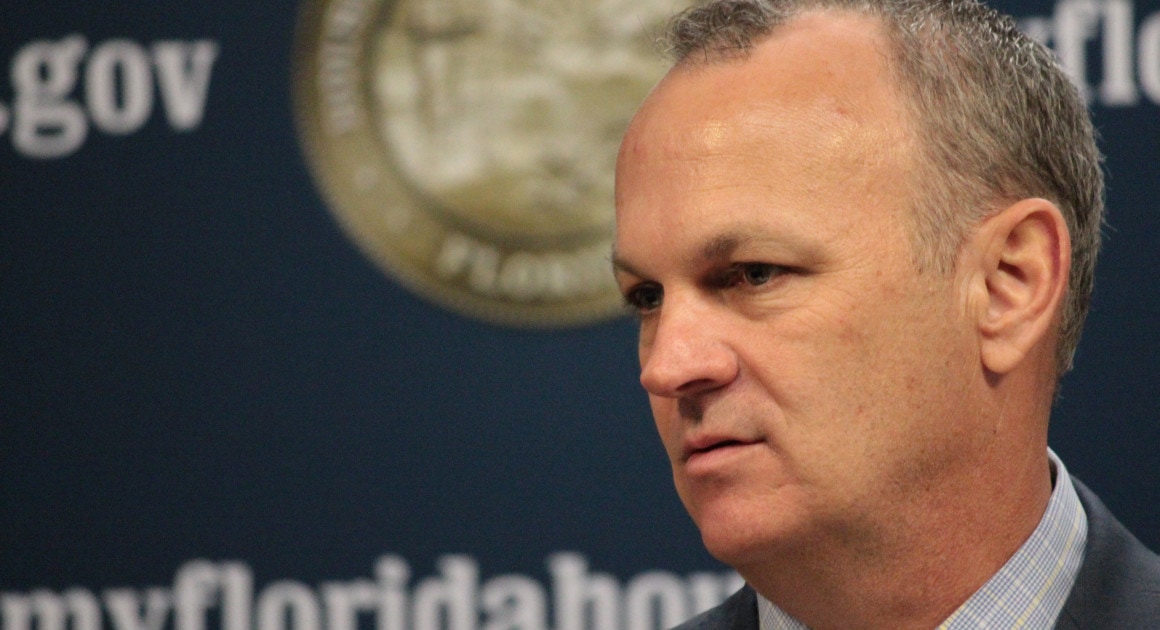 Directives include cancelling all School Board meetings through June.

Local school officials are chafing at a directive from Education Commissioner Richard Corcoran which would cancel school board meetings during the coronavirus outbreak.

The Department of Education on Tuesday sent a release that included a number of directives. Among them was the cancellation of school board and state college trustee board meetings through June 30, except under narrow emergency circumstances.

Critics are calling this move a “power grab.”

The release also closed all state college and private college campuses and buildings through the end of the spring semester.

“The containment of COVID-19 is essential, and this is not a decision we made lightly,” Corcoran said. “Districts have taken action and have instituted distance learning as a necessary precaution to protect students, educators, families, and Florida’s overall public health.

“We are working with our local school districts to provide guidance and help children who need access to food during this time. Our number one priority is keeping our families safe and healthy and stopping the spread of this virus. These actions will help mitigate the spread of COVID-19 in Florida. I will continue to work with the Governor, Superintendents, Florida College System and the State University System to do whatever we can to protect our children, our families, and our communities.”

Manatee County School Board member Charlie Kennedy immediate pushed back on the directive.

“School board friends, at 7pm tonite FL DOE head Richard Corcoran announced some ridiculous bulls**t including that no school board can hold a meeting until after June 30,” Kennedy tweeted. “Using a crisis to pull off a shameless power grab. So on brand for Tricky Dick, but not gonna happen.”

The area that seemed to upset School Board members the most was the cancellations of all meetings through June. Only superintendents, or in the case of trustee boards college presidents, could call emergency meetings, and those meetings would need to be held virtually.

The only time a School Board chair would still be allowed to call a meeting was if their board’s executive position was vacant.

Townsend last week also suggested the Sunshine Law be suspended so that virtual conversations among School Board members could take place amid the COVID-19 outbreak.

The Department of Education stood by the directive, and said it was necessary based on the public health crisis.

“These are strong recommendations that Commissioner Corcoran provided based on CDC guidelines — limiting gatherings of 10 people or less to reduce the spread of germs,” DOE Communications Director Taryn Fenske told Florida Politics.

“This guidance was provided to ensure that everyone remains healthy and safe as we mitigate the spread of COVID-19. Just like beaches, restaurants, nightclubs and bars we would hope our school board members would act responsibly and follow CDC guidelines.”

Staff at the Florida School Board Association has been in conversation with the Gov. Ron DeSantis‘ office about the concern.

The association believes the DOE directive extends beyond statutory authority, but is also hopeful the Governor will soon issue an executive order suspending the requirement for physical quorums for boards to meet. That would allow boards to make decisions through teleconferencing or video-conferencing available to the public to witness.

“This is not the fault of anything other than we are in a national pandemic and things are changing by the minute,” Messina said.

Some allies of Corcoran serving on School Board did not criticize the directive, but said it will impact business.

“It certainly is unprecedented— but we are all living in unprecedented times and the overarching goal is to keep our communities safe,” she said. “We will have to adjust.

“In Sarasota, where we are currently in the midst of a Superintendent search- this new directive will certainly put the brakes on that, as we cannot continue ‘business as usual’ without meeting and discussing such a critical decision together and in public.”

Asked if the move was appropriate, Ziegler was somewhat torn.

“It’s twofold. It’s clear it is a matter of public safety that people should not be meeting at this time. This directive eliminates that risk,” she said.

“However, during extraordinary times, such as these, people look to their elected officials to lead. This makes that more difficult. I am confident we will have to have at least one ’emergency’ meeting, and I believe we can host it virtually- so that the public can view and participate. It will be different, but it’s doable.”

The DOE release also included a long list of other directives, many involving use of state funds.

All school readiness and voluntary prekindergarten and K-12 assessments were canceled for the year. Graduation and promotion requirements were waived.

Corcoran was given authority to reduce required instructional hours as necessary.

The DOE and local school districts were told to redirect Reading Scholarship Accounts, the Reading Instruction Allocation, the Digital Classroom Allocation and the Teachers Classroom Supply Assistance Program to be used to purchase digital devices and establish internet service for low-income students. School districts were told to redirect unspent Title 2 funds for the same purpose.