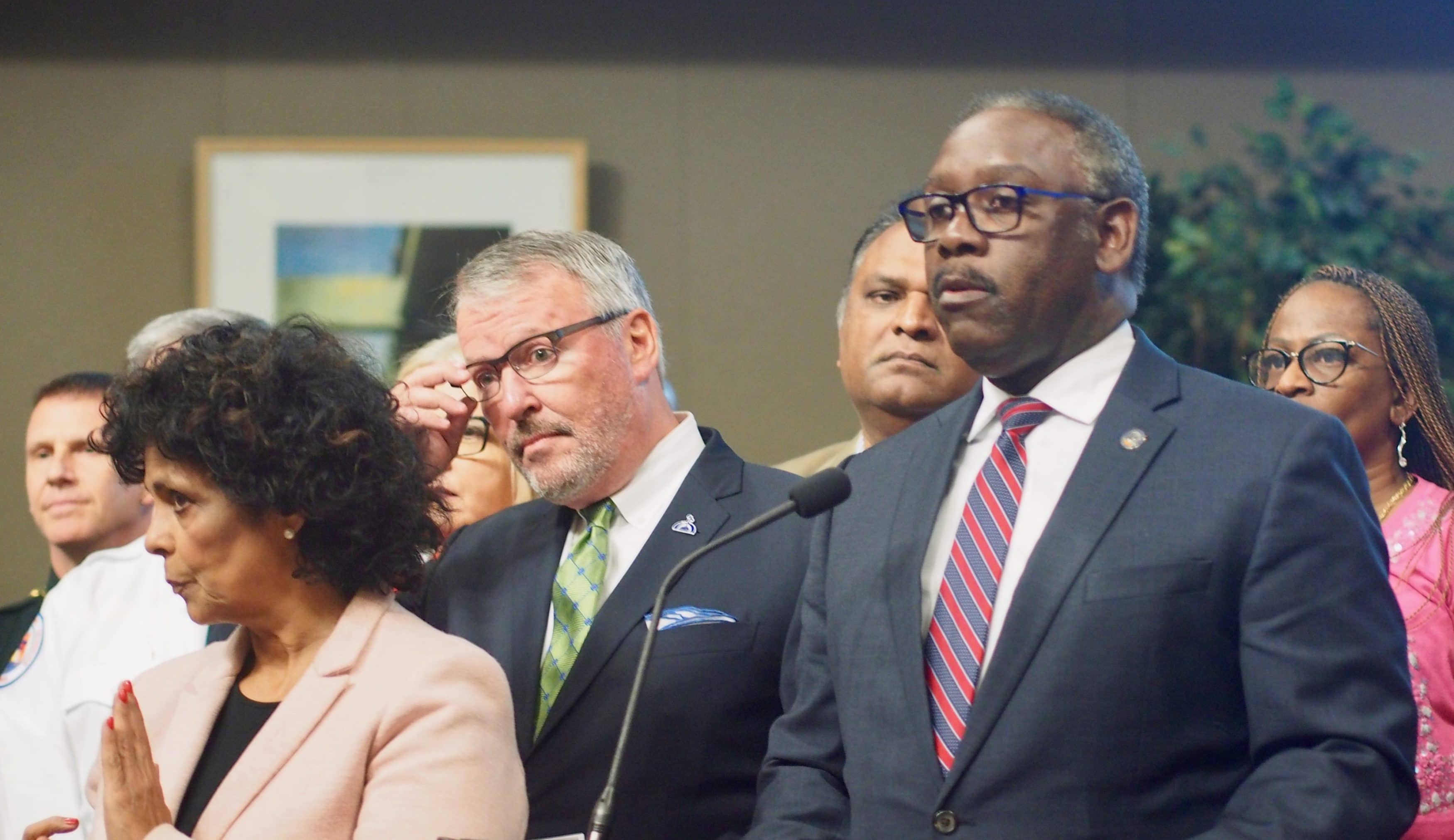 The collapse of the tourism and convention business is leading to a first wave of hotel shutdowns in Central Florida like has not been seen, Orange County Mayor Jerry Demings said Wednesday.

“Many sectors of our tourism industry really are hurting. They’re hurting deeply at this point,” Demings said, less than a week after a cascade of closures began late last week.

“In fact we had conversations earlier today with many of our hotel operators. They told me that, for the first time for some of them in the history of operating hotels, they are closing hotels in this community,” he said. “I will tell you that is something that is sad to see. But it is necessary because of the decline in the occupancy rates in our hotels. So we know there will be additional workers, service workers from the hotel industry that will be displaced.”

Demings said he could not provide details on which or how many hotels are closing. But he and Dyer also cautioned that the worst is to come,

They were joined by Jeff Hayward, president of Heart of Florida United Way, to also talk about how the transition already is taking place to provide relief, through the United Way and city and county services that are expecting to be stressed by demand. Hayward put out a call for donations.

“We are challenged to meet the demand that we are already seeing and my fear is this is only just starting,” Hayward said.

Likewise, Demings said hospitals are advising him they already are being overwhelmed by people who have symptoms of the flu, but not COVID-19.

Still, little testing for COVID-19 has been done in Orange County. Through Tuesday, health officials had only performed 43 tests in Orange County, finding nine positives, far lower numbers than is being seen in South Florida. But officials cautioned that could change soon.

By Friday a drive-up testing site operated by FEMA and controlled by the Army National Guard will open at the Orange County Convention Center. Another satellite testing center will be set up in eastern Orange County, but only for high-risk patients.

Dr. Raul Pino, Orange County health director with the Florida Department of Health, urged people to not go to hospital emergency rooms without first consulting a primary physician, unless “it is a life-threatening event.”

Sixteen days ago, Demings, Dyer, Pino and others held a press conference in which they sought to assure people to not panic. Pino said he did not think a COVID-19 outbreak was likely in Orange County.

So much has changed in the 16 days since.

“We have no illusions that once we get testing we’re going to get more cases,” Demings said. “What we’re trying to do is assure that the system of care is able to protect itself, that we don’t inadvertently shut down a hospital, we don’t inadvertently contaminate or significantly expose health care workers and first responders.”

“This quite honestly is one of the greatest challenges our community has ever faced,” Dyer said.

previousHow long will Americans be fighting the coronavirus?