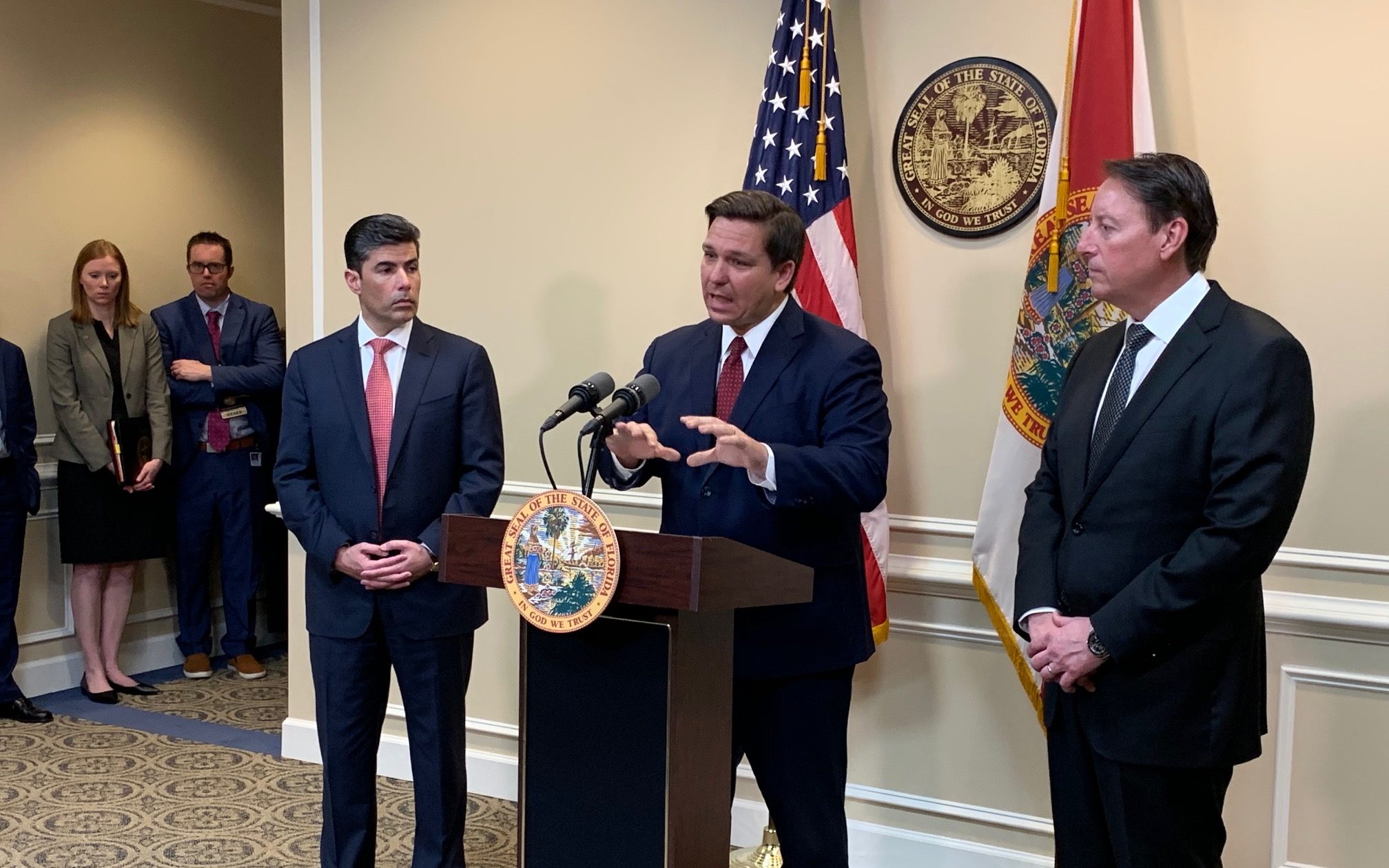 Only "dribs and drabs" have arrived in the state yet.

Gov. Ron DeSantis described progress Thursday on the effort to acquire the state’s full order of sampling swabs to test for the novel coronavirus.

The state has ordered half a million pharyngeal swabs needed to expand testing of COVID-19 beyond at-risk populations showing respiratory illness symptoms.

“We are told that there’s a shipment of swabs en route to Florida,” the Governor said. “They don’t necessarily have the best tracking system that they use, so it’ll show up hopefully on somebody’s doorstep, either the [Emergency Operations Center] or somewhere in one of the hospitals, but that should be several thousand more.”

On Wednesday, DeSantis said access to cotton swabs, not access to testing kits, is holding up the state’s ability to check individuals for COVID-19.

To explain the current holdup on cotton swabs several states are experiencing, DeSantis pointed not only to worldwide competition from governments to acquire swabs.

“I think what’s happening is, as people saw that there was going to be a crunch on this, there’s been venture capitalists that go out and buy stuff, and they can do cash immediately, and then I think that they are trying to resell it at a profit,”

By Thursday morning, there were 390 Florida coronavirus cases, including 30 nonresidents who were tested in state, and eight deaths. There have been 90 hospitalizations, a reduction in the hospitalization rate from a week ago.

Overall, the state has tested 1,533 negative individuals and 1,019 results are now pending.

The state has distributed 2,500 testing kits and accompanying positive and negative controls to facilities, enough to run swabs of 625,000 individuals.

Lawmakers returned to Tallahassee Thursday to pass the $93.2 billion state budget. That package includes $300 million in reserves to defend against the spread of the coronavirus.

DeSantis will head to Broward County later Thursday to make an announcement about the drive-thru testing site in the area. The county now has 96 confirmed cases.