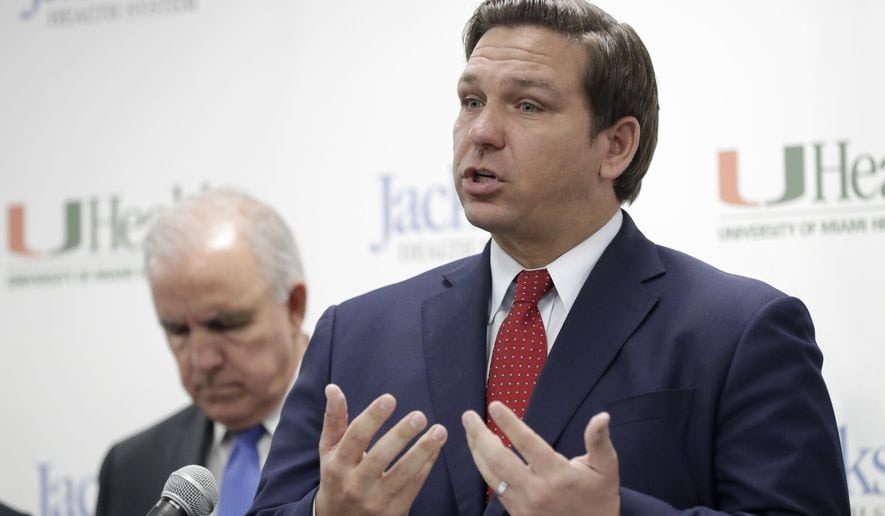 The Economic Policy Institute estimates that Florida could lose more than 350,000 jobs by the end of the summer.

Gov. Ron DeSantis said Thursday he’s open to exercising his emergency executive powers to allow easier access to unemployment insurance because of the impact of the novel coronavirus pandemic.

It’s not yet known how many Floridians have filed for unemployment as a result of his executive order earlier this week closing bars and nightclubs statewide and limiting restaurants to 50% of capacity. But data from the U.S. Department of Labor shows for the week that ended on March 7th, Florida was one of the states with one of the largest increases for initial claims filed. For that week, claims rose by 472.

DOL says the increase here and in other states is clearly attributed to the coronavirus, also known as COVID-19.

The closing of bars, nightclubs along with hotels and theme parks is expected to lay off a huge number of people across the state to lose their jobs,  causing the unemployment rate to mushroom. The Economic Policy Institute estimates that Florida could lose more than 350,000 jobs in leisure, hospitality and retail by the end of the summer.

Department of Economic Opportunity spokeswoman Tiffany Vause says federal guidance prevents the agency from releasing claim numbers from this week at this time. But she says they have seen a drastic increase in the number of applications filed, compared with last week.

DeSantis says current restrictions on accessing unemployment assistance are “justifiable,” but he plans to waive the requirement that people receiving the benefits also continue applying for new jobs.

“In this case, I think it’s such a dislocation that I think I can probably waive some of that,” he said.

Former Gov. Rick Scott successfully pushed the Republican-controlled Legislature in 2011 to pass limitations, including reducing the number of weekly payments to 12 weeks.

Senate President Bill Galvano says when the state entered the great recession in 2008, the trust fund had $2 billion. Today it has $4 billion.

“We have been fiscally responsible and we have monies available to address these issues as they go forward.”

House Speaker Jose Oliva and Galvano say they hope they don’t have to return to make changes to the budget because state revenues drop. But if they do, they’re open to looking at making it easier to collect unemployment.