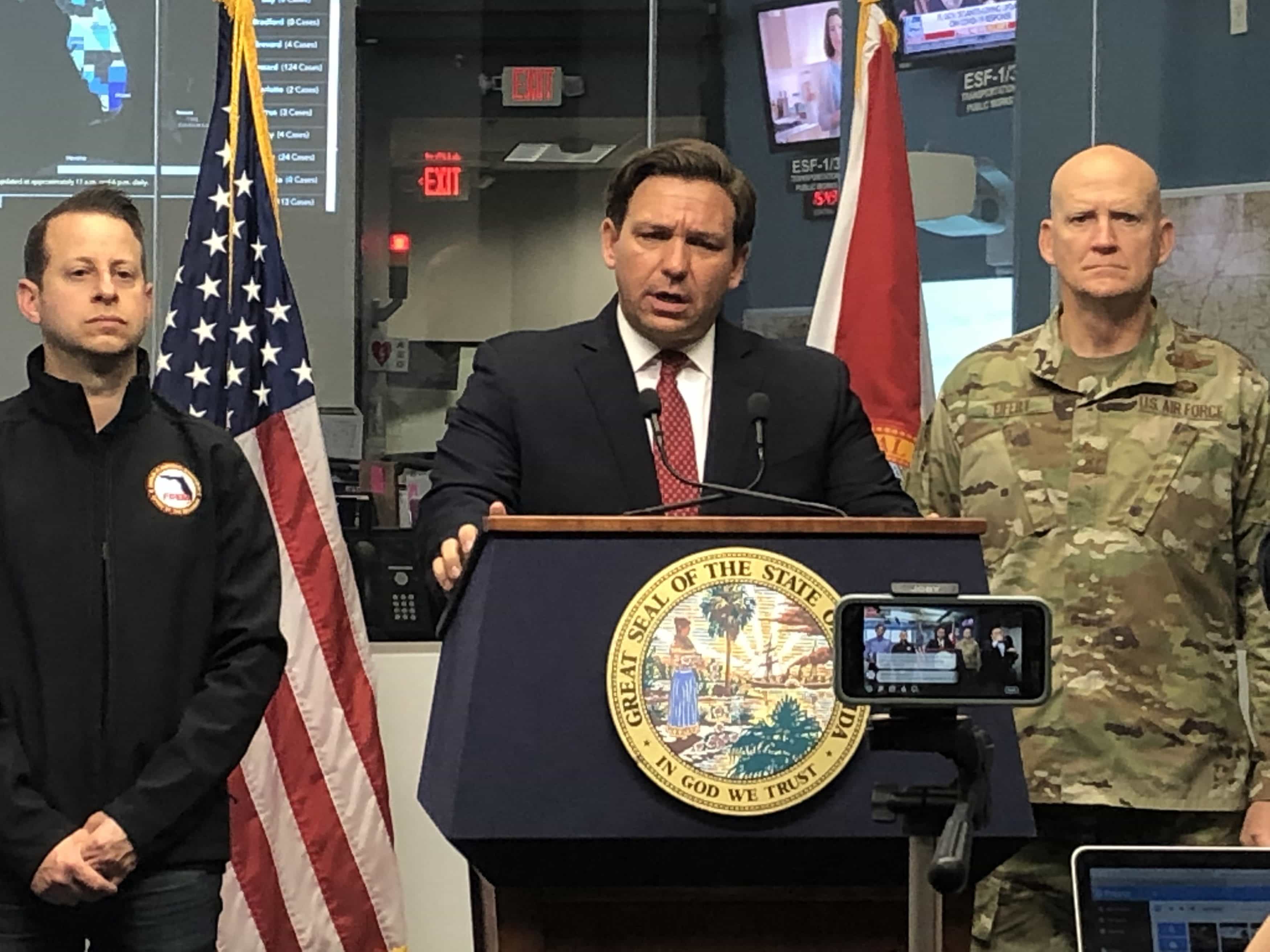 Gov. Ron DeSantis is emphasizing the need to protect residents of nursing homes after the state’s 10th death related to the coronavirus occurred at the same nursing home as a previous death.

The Governor issued four executive orders Friday, doubling down on social distancing measures he said Floridians and tourists weren’t following. One of the certainties with the COVID-19 coronavirus is that it targets the elderly and the immunocompromised and those with underlying medical conditions, he said.

Staffers, cooks and construction workers at the Atria Willow Wood facility who fell ill were not screened before they entered the nursing home and mingled with residents. The Department of Health has reported seven positive cases, including two deaths, and the state will embed infection control specialists and law enforcement at that facility.

“That is exactly what you’re not supposed to do,” DeSantis told reporters Friday.

He also took aim at China, saying the U.S. needs to hold it accountable for the spread of the virus and needs to consider not relying on “a hostile country” for emergency supplies. Former Governor and current U.S. Sen. Rick Scott also called on the United States to stockpile medical equipment so the nation doesn’t rely on China.

“I can tell you that given their actions and given what has happened here and what will continue to happen hopefully not too much longer, how Americans view them will never be the same,” DeSantis said.

Restaurants will be allowed to also deliver alcohol and sell back stockpiled alcohol from St. Patrick’s Day. Previously, DeSantis had ordered restaurants to operate at 50% capacity and to give enough spacing between tables.

“The vast majority of restaurants did it, they abided by the restrictions,” he said. “Some didn’t, and it’s just the type of thing that we don’t have time to police that, so we’re going to take-out and delivery only.”

“This is in such short supply, and we need to make sure all our health care providers are saving their PPE and using them for potential COVID-19 patients.”

Friday morning, the Division of Emergency Management launched a drive-thru test in Broward County that tested more than 400 people on its first day. The state is gearing up to add a drive-thru site in The Villages.

But expanding testing capabilities in part relies on the state’s abilities to administer COVID-19 tests. The state expected half a million sampling swabs to arrive this week, but only 5,000 of those were delivered. The state has distributed enough test kits to run samples from 625,000 individuals.

By Friday morning, the Department of Health (DOH) reported 520 confirmed COVID-19 cases involving Florida, including 46 non-residents tested and isolated in the state. A 10th person, a 92-year-old man in Broward County died of the disease.

The DOH reported a total of 3,416 tests, including 1,870 negative. Officials await results from 1,026 tests even as cities across the state lack access to an adequate number of testing supplies.

DeSantis called Broward and Miami-Dade counties Florida’s “hotspots” now with 124 confirmed cases in Broward and 113 in Miami-Dade. Palm Beach County has the next most with 34 and Hillsborough County now has 30 cases.

previousGoing stir crazy? Then train like an astronaut, mimic space