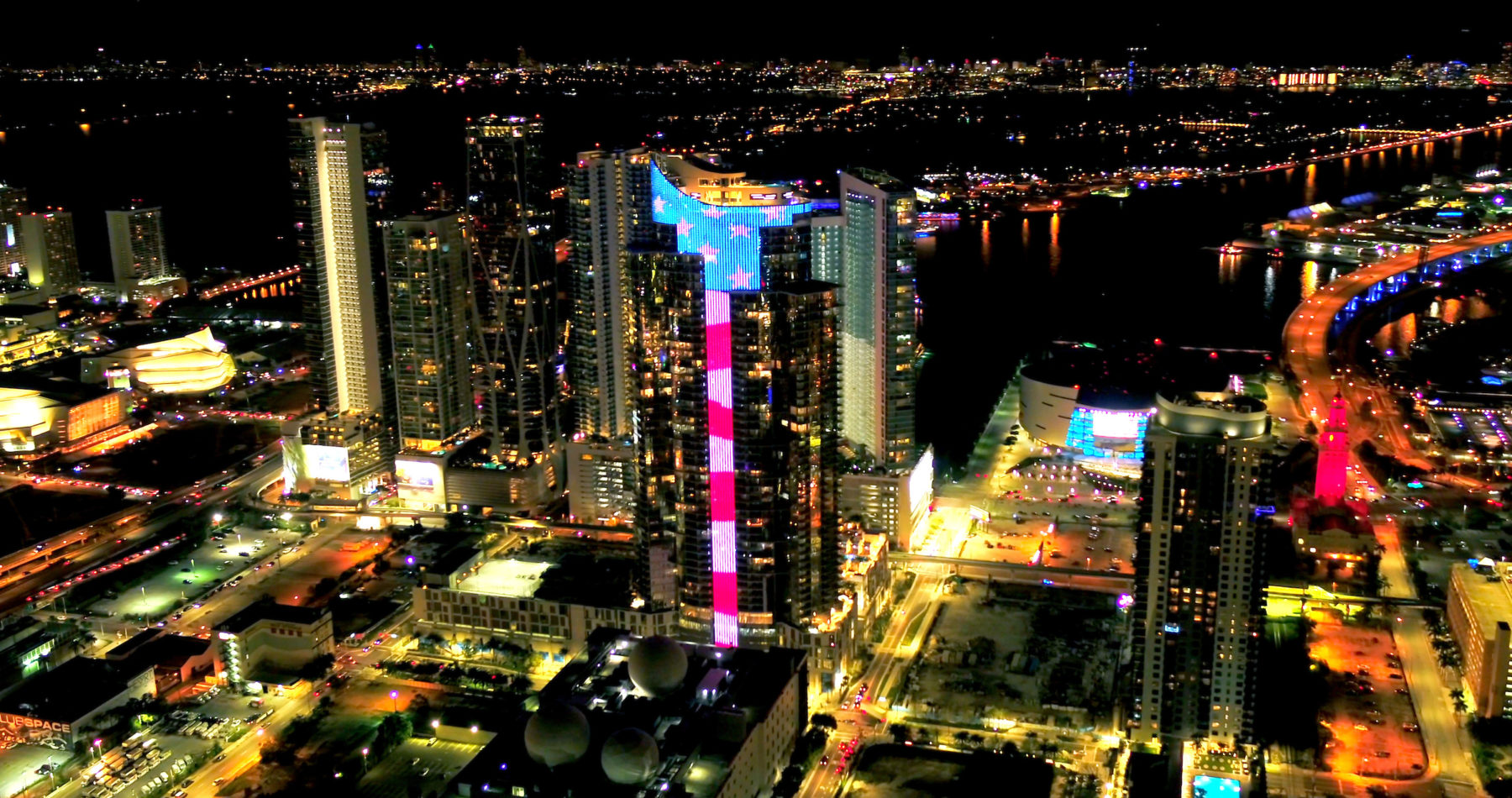 The flag will be displayed each night through the end of March.

A Miami skyscraper is paying tribute to those working to combat the COVID-19 virus outbreak by unveiling a giant LED flag in view of the city.

The Paramount Miami Worldcenter tower in downtown Miami displayed the LED flag Tuesday night, the same evening the city of Miami announced a stay-at-home order would go into effect.

“This vivid patriotic presentation is a signal to all Americans that we, as a nation, shall remain steadfast and will overcome adversity,” Paramount CEO-Developer Daniel Kodsi said on his motivations for displaying the flag.

The nearly 700-foot building will continue showing the flag each night through the end of March. The presentation will begin nightly starting at 7:30 p.m. and will repeat at the top and bottom of every hour until 11:30 p.m.

“The Stars and Stripes shining on the Florida skyline serve as a digital salute to the people working in our hospitals; to our first responders; to the national guard and to those who have been infected, including our mayor, one of our congressmen, and more than 700 other Floridians,” Kodsi added.

“Most of all, these lights burn in remembrance of those who have passed.”

Miami-Dade County has recently been leading the state in confirmed coronavirus cases, surpassing Broward County, its neighbor to the north. A pair of lawmakers from the area — U.S. Rep. Mario Díaz-Balart and Miami Mayor Francis Suarez — have both tested positive for the novel coronavirus.

Dozens of doctors from Miami-Dade County, including several from the Miami area, also authored a letter warning residents of the severity of the outbreak and its coming strain on hospitals.

“The low number of confirmed cases in published reports does not show the true number of people who have been infected by the virus in Miami, or anywhere else in the USA for that matter. It only reflects that we’re far behind where we should be in testing,” the letter reads.

Though the death rate in the U.S. has hovered slightly above 1%, it has been higher elsewhere. And if hospitals are overwhelmed with cases, that could inhibit doctors’ ability to treat patients and send that death rate upward.

The county plans to set up a field hospital at the Miami-Dade Youth Fair grounds in Tamiami Park to help address the demand.

previousSunburn — The morning read of what’s hot in Florida politics — 3.25.20