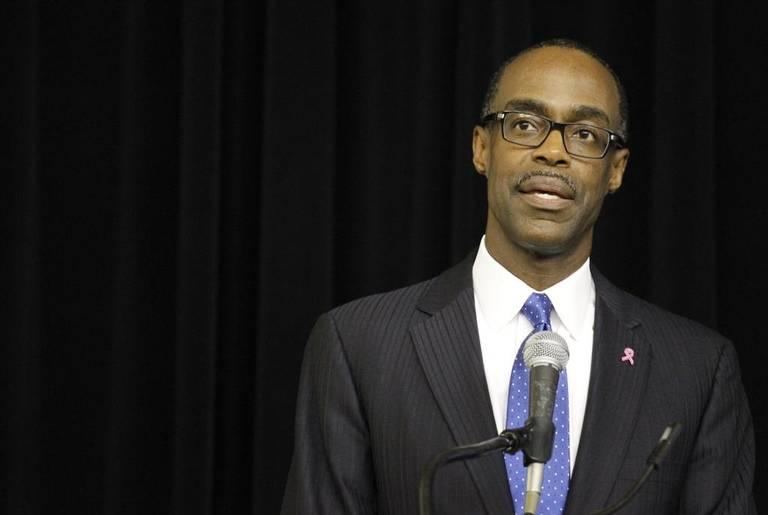 The decision isn't final, but Superintendent Robert Runcie says he'll be surprised if K-12 campuses return to normal on April 15.

Broward Superintendent Robert Runcie is anticipating the remainder of the 2019-20 K-12 school year in Broward County will be conducted via remote learning. And he hinted the impact could even bleed into the 2020-21 school year as well.

Runcie made those comments in a virtual conference with Rep. Shevrin Jones of House District 101. The duo discussed the school district’s handling of the COVID-19 virus spread in recent weeks.

Earlier this month, the state announced all K-12 school campuses would be closed until April 15. Runcie has said the Broward School District will institute remote learning efforts on March 30, following the end of spring break.

Wednesday, Jones asked Runcie about the district’s latest outlook for the remainder of the school year.

“Do you foresee this going beyond April 15 to where teachers and students will be on distance learning for the rest of the school year?” Jones asked.

“Let me say this, I will be surprised if they’re not,” Runcie replied.

“My belief and intention and plan is that we’re going to go to the end of this school year using this virtual format. And it may even go longer. I’m hopeful that by the start of the next school year that a lot of these challenges will be addressed so we can get back to some sense of normalcy. But I absolutely believe that the remainder of this school year is going to be this new format that we will start on March 30.”

Runcie’s remarks that Broward schools will be closed beyond April 15 — and those closures “may even go longer” — stand in contrast to Gov. Ron DeSantis’ recent comments that schools elsewhere in the state could be ready to reopen.

DeSantis would still leave that decision to local leaders — and Runcie is signaling he won’t be following suit anytime soon. But the Governor argues that in areas of the state less affected by the virus, school closures may be too heavy-handed a response.

“I think there is a question about whether the school closures have been effective,” DeSantis argued. “So you need to look to say, ‘OK; if the schools are closed, then what stress does that put on the parents?”

According to reporting from Sarah Mueller of Florida Politics, Education Commissioner Richard Corcoran agrees on the lack of data about the effectiveness of closing schools. That comes per a Corcoran spokesperson.

The impact of school closures has already been felt on some families, who utilize those schools for meals in addition to child supervision. Runcie acknowledged those struggles as well.

“Our schools ultimately end up being a reflection of society at large,” Runcie said. He added the school district is prepared to increase its efforts to provide meals to students following spring break — even if campuses are not open for classes.

Runcie pointed to nine feeding sites being set up when the district’s schools were first closed.

“When we open school and initiate learning on March 30 after spring break, we will start out with 47 sites,” he said Wednesday. Runcie added that more locations would be set up if there is additional demand.

“It’s primarily going to be curbside, drive-up service and doing that in a way that’s consistent with social distancing,” he noted.

More than 60% of students in Broward County qualify for free or reduced meals, according to Runcie.

Of course, remote learning isn’t possible without students having access to computers and the internet

To that end, Runcie said Broward Schools gave out 64,000 laptop devices on Friday, March 20 to families in need. He says another distribution event will take place Saturday, March 28 for parents who couldn’t make it to last Friday’s giveaway, or to make up for schools that didn’t have enough laptops.

That Saturday distribution will run from 8 a.m. to 1 p.m.

Parents are also able to reach out to Comcast for free internet service for 60 days. As of now, parents would be required to pay $10 per month after that.

As for the child care component, Runcie says the district has primarily been focused on helping parents on the front line of responding to the COVID-19 virus.

“We’ve got to make sure they’re not sitting at home doing child care when we need them out there working.”

The district has also set up a website offering daily updates regarding its handling of the COVID-19 outbreak.

Going forward, Runcie added the district will be seeking to help provide personal protective equipment to hospitals in need.

“We are going through our allied medical programs that we have — and health programs in Broward County Schools — and we’re rounding up our supplies of gloves and masks and whatever other resources are needed,” Runcie explained.

“We’re going to be donating those next week to health care institutions in Broward County.”

While the change has presented challenges for many parents, Runcie said his district is working to make accommodations where possible. And he also said the moment can serve as a teaching opportunity.

“I know this is going to be a challenge for many of our parents, especially those with younger children because you’re going to have to function effectively as a teacher’s aide. But look at it as an opportunity to connect in a very close way with your children and be a larger part of their learning experience,” Runcie said.

“Our society should start thinking about how valuable our teachers and our support staff are to this process. I think parents and everyone will see how hard this work really is. And hopefully we can come out of this struggle with a new appreciation, a new set of perspective and values around the teaching profession.”

nextMichael Worley: Campaigning in the era of coronavirus