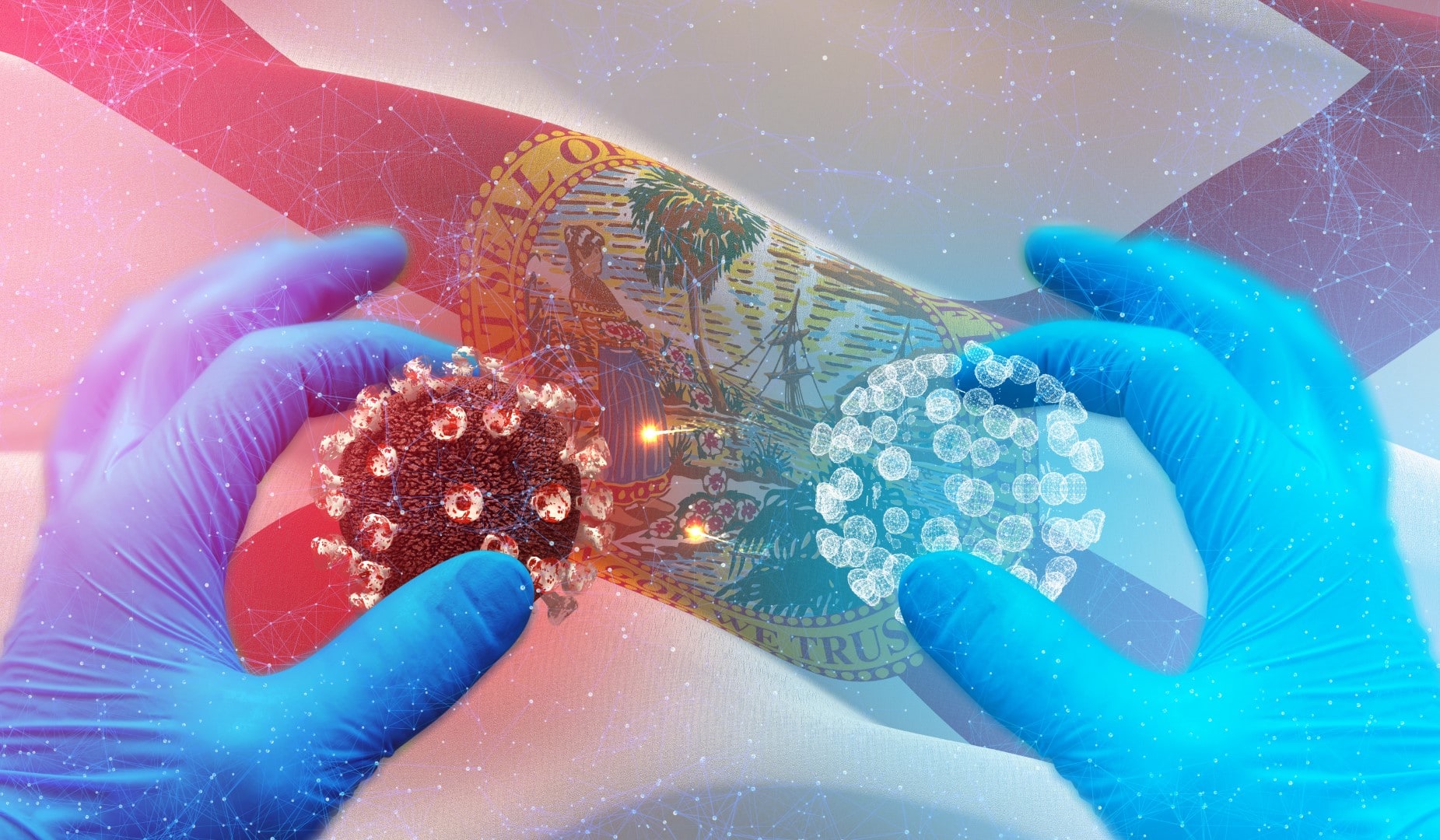 That order will be in effect until mid-April.

Gov. Ron DeSantis is issuing an Executive Order to set up a unified “safer-at-home” order spanning four South Florida counties as the state continues to combat the COVID-19 virus pandemic.

“With this order and what these counties have already done, we’re going guns blazing doing all that we can to slow the spread,” DeSantis said Monday while speaking at a testing site located at Hard Rock Stadium in Miami Gardens.

“This is the time to do the right thing. Listen to all your local officials. We do this until the middle of May, and then we’ll see where we’re at,” DeSantis said, before later clarifying he meant mid-April.

“I think a lot of the stuff that has been done has been helpful. I think this will continue to be helpful. And, hopefully, once we get this thing under control, then we can go back and start enjoying life the way we used to.”

The Governor’s EO will be modeled off of Miami-Dade County’s version of a “safer-at-home” order and will be in effect until mid-April.

The EO orders the four counties “to restrict public access to businesses and facilities deemed non-essential pursuant to the guidelines established by Miami-Dade County pursuant to its March 19, 2020 Emergency Order 07-20, and as modified by subsequent amendments and orders prior to the date of this order.”

“This will build off what Mayor Giménez has already done and gets all four counties operating under the same sheet of music,” DeSantis said.

“You have a community here that is our most densely population part of the state. You have a community here — and Miami International [Airport] — that receives a lot of international travel, certainly has over the last few months. Then you have a lot of interaction between Southeast Florida and New York City. So that has provided more seeds to have the virus in Southeast Florida.”

Broward and Miami-Dade counties have already issued their own emergency orders pushing residents to shelter in place. Several cities inside Palm Beach County have taken action as well. And Monroe County, which is home to the Florida Keys, has set up strict screening requirements for travelers seeking to visit the area.

South Florida has been the biggest hot spot for the virus in the state. As of a Sunday evening update, Miami-Dade led the state with nearly 1,500 confirmed cases. Broward was second with 1,012 cases, while Palm Beach was third with 383 cases. Monroe County had 23 positive tests as of Sunday night.

“This virus knows no party affiliation,” Holness said Monday. “It knows no ethnicity. It doesn’t matter your economic status, if affects us all. And we’re in this together.”

Added Giménez, “There may be slight variation in what each county considers critical or essential. But all four counties are in lockstep and the only way to stop this virus is to act as if everybody is infected. That means stay safer at home.”

While the order will encourage residents to stay at home, Giménez argued that a region-wide curfew was not necessary.

“Some cities in Miami-Dade have imposed curfews, particularly in high-density tourist areas. But in most of our four counties, a curfew is not necessary. Miami-Dade County streets are quiet and we should not overburden our fine men and women of the police force when there is no need for a curfew.”

DeSantis added that he planned on shipping new COVID-19 tests that can reportedly return results in just 45 minutes. DeSantis said the state was sending more than 1,700 of those tests to South Florida.

“This is a 45-minute rapid test,” DeSantis said. “We’ve set 1,750 to Memorial Healthcare System in Broward. We’ve also sent 500 to northern Florida. And we hope to have, very soon, an agreement to bring in the five-minute test developed by Abbott Laboratories.”

Most who show symptoms develop a fever or cough and may have trouble breathing, though they do recover. Older individuals and those with underlying health risks are susceptible to developing more severe symptoms, however.

The death rate in the U.S. has hovered slightly above 1%. But experts worry that if hospitals are overwhelmed with cases, that could inhibit doctors’ ability to treat patients and send that death rate even higher.

Without a full understanding of who has the virus — and without a vaccine or reliable way to treat those symptoms — health officials have urged Americans to cut down on social interactions until the virus’s spread is under control.

Democratic Sen. José Javier Rodríguez represents parts of Miami-Dade County and has pushed the Governor to institute a statewide stay-at-home order. Rodríguez said he welcomed the new move in a Monday statement, but continued to push for more action.

“In the absence of a statewide order, a regional safer-at-home order is welcome to bring much needed uniformity,” Rodríguez

“However, no corner of our state is immune and a piecemeal/patchwork approach will not cut it. Because we remain so far behind on testing, we cannot know how far behind we also are in trying to catch up with the virus as it spreads. Counties like Lee, for example, have medical professionals urging for a safer-at-home order, reminding us why a statewide order is the best approach.”

Later in the day, DeSantis put his reevaluation timeline for the Southeast Florida counties at April 15.

“We’re going to be evaluating every day and seeing kind of what some of the trends look like,” DeSantis said while at the Ballpark of the Palm Beaches in West Palm Beach where testing will start to be offered this week.

DeSantis, who issued his first executive order about COVID-19 on March 1, has recently been suggesting a 15-day timeframe to reevaluate the state’s ongoing response to the virus. COVID-19 is the respiratory disease caused by the coronavirus.

On Sunday, President Donald Trump announced that White House “social distancing” guidelines would remain in place through the end of April. He had previously expressed a desire for the country to be “opened up” by April 12, Easter Sunday.

“Nothing would be worse than declaring victory before the victory is won,” Trump said in remarks Sunday. “That would be the greatest loss of all.”

DeSantis said he thinks Trump’s selection of April 30 was made with the anticipation that isolation orders will ease before that date.

“I think he wanted to move in rather than move out,” DeSantis said.