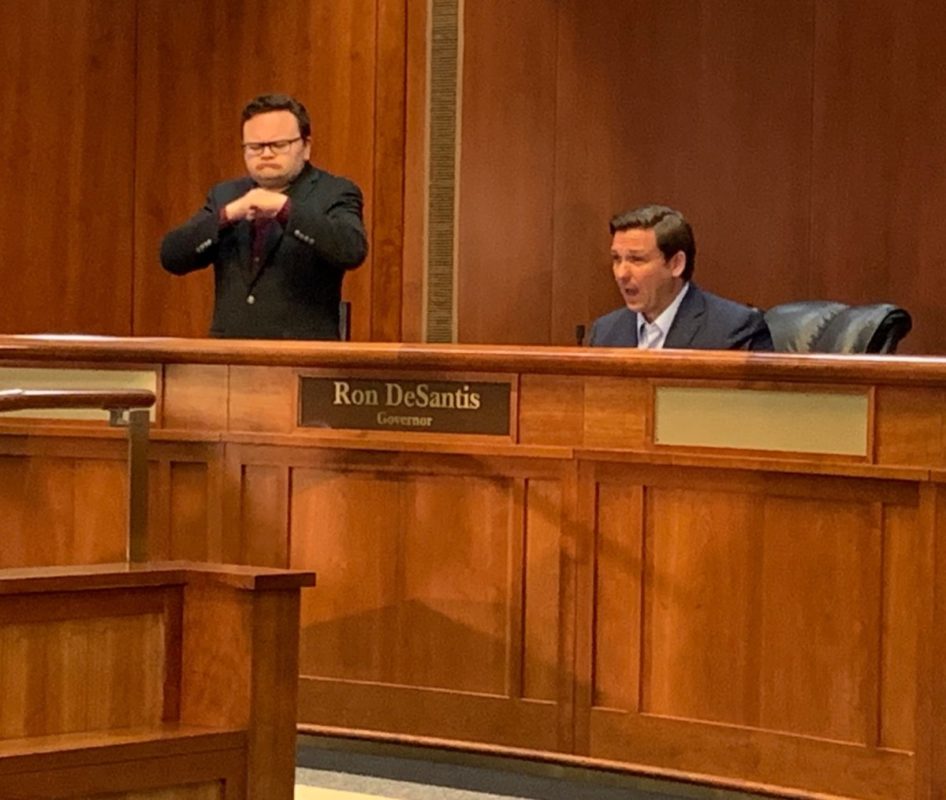 DeSantis says it's up to local governments to enforce social distancing measures.

Gov. Ron DeSantis appeared before cameras Tuesday to again defend his decision not to issue a statewide stay-at-home order to combat the novel coronavirus pandemic. He also emphasized the amount of testing the state has done so far.

DeSantis has faced criticism both from within the state, but also increasingly from outside of it.

Scott Gottlieb, the former commissioner of the U.S. Food and Drug Administration, tweeted Sunday that “Florida is at risk of becoming major epicenter of epidemic spread of #COVID19 in the coming weeks.”

He added that “Miami appears to be a major hot spot. The outbreaks were apparent there weeks ago. And the state was slow to implement mitigation steps, and probably exported a lot of its infection.”

He’s also been hit over what some call his attempt to “scapegoat” New Yorkers and others as the cause of spread of the novel coronavirus in the state. He’s been name-checked on Last Week Tonight with John Oliver and The Late Show with Stephen Colbert.

DeSantis signed a stay-at-home order Monday for four counties in Southeast Florida to run until April 15. But he says he plans to stay the course for now, a consistent message he’s clung to over the past several days.

The Governor says the White House task force has not recommended to him that he issue a blanket stay-at-home order despite a report that an epidemiologist behind a coronavirus model cited by the White House in its decision to extend national social distancing guidelines recommended it. The model currently predicts that Florida will see 5,568 deaths and will run out of intensive care beds in early May.

While many local governments have issued their own stay-at-home orders, or curfews or other restrictions, the application and enforcement has been patchwork. St. Johns County waited until March 29 to close its beaches while Duval County next door closed theirs a week earlier. Lee County, with 206 positives and 8 deaths, has a mortality rate of 3.9%. But the county decided against a stay-at-home order.

“I was flying out of Miami yesterday, looking at the coast (and) guess what,” he said. “Closed beach, but were there people out there? Damn right they were.”

The Governor says there’s a group of people who will just “pop around” and it’s up to the locals to deal with them one way or another.

DeSantis did not answer the question about whether he believed local governments were doing enough to enforce social distancing restrictions.

For all criticism he’s gotten for not issuing a statewide stay-at-home order, there’re many lawmakers on both sides of the aisle representing districts across the state who have told Florida Politics that they support the decision.

DeSantis says the streets are clear enough in the state that he’s planning to announce some infrastructure projects. He expects to make an announcement on that on Wednesday.