Bill Montford: Senator and CEO, but a teacher first 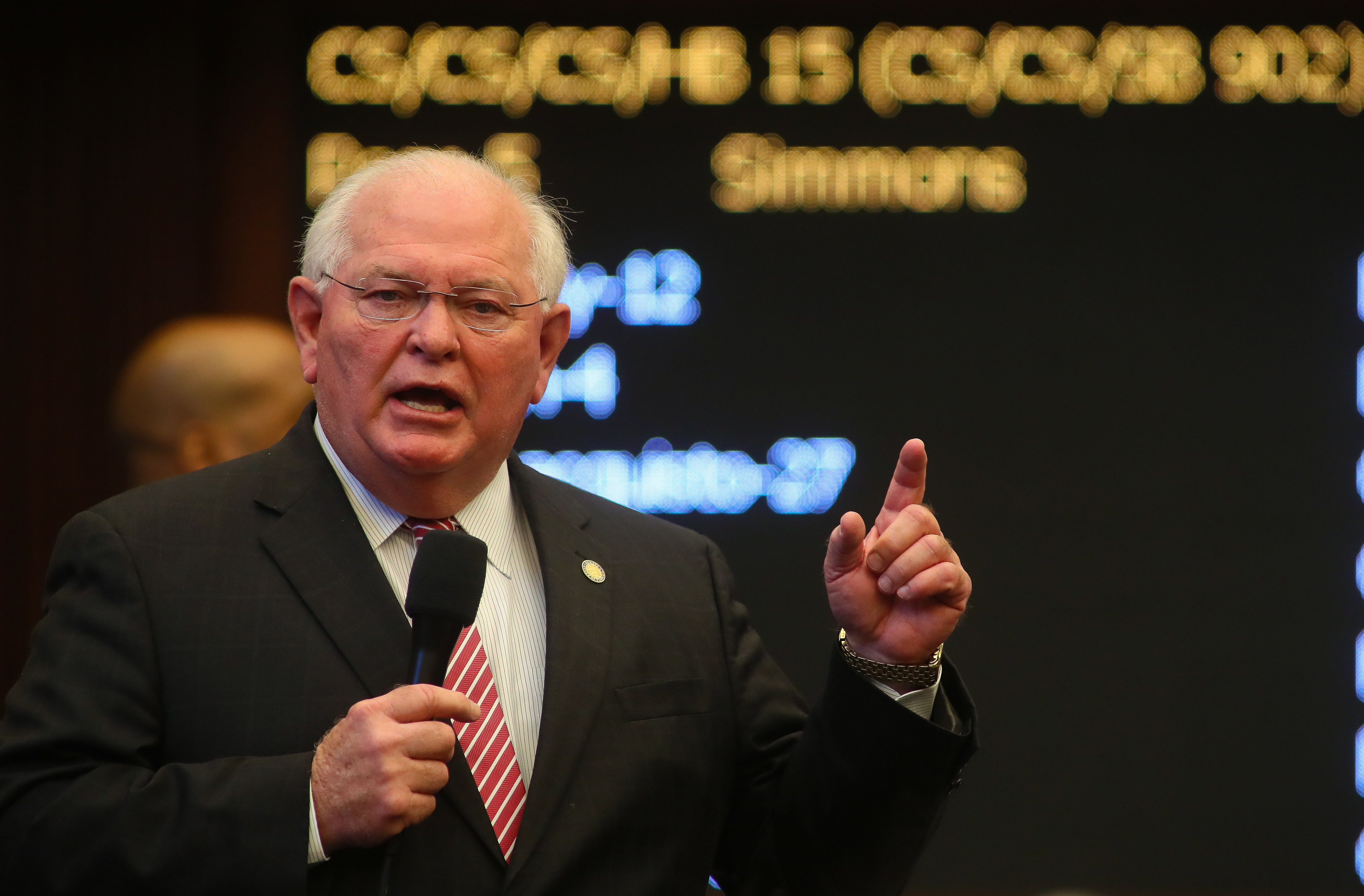 The novel coronavirus accelerated dramatically in March, and by the 13th, it was officially a national emergency. In Florida, outraged pundits reacted to a video of spring breakers crowding a few beaches.

In North Florida’s 6th District, where Sen. Bill Montford had presided since 2010, most of the reported cases were coming from Leon County. By April 2, Leon had 32 cases and 32 deaths, with another eight cases and eight deaths in the other 10 counties combined. But Montford, who retires in November because of term limits, was still concerned, especially for a reason not often mentioned.

“If the schools are closed, what does that mean?” he said in the same way the former schoolteacher and principal introduces topics he wants the listener to understand. “It means there is food insecurity, a lack of medical care, a lack of day care.”

He was talking about the children of the working poor, people he grew up with and still knows, who elected him to public office eight out of nine tries. Their problems mirror the state’s, he maintains, and public schools serve as a collective parent of last resort when there is not enough money to feed a household.

“Children are children,” Montford said. “We have hungry children in all the schools in our state. Food insecurity is a tremendous issue that has not received the attention that it deserves.”

A “backpack program” sends nutritious meals home with qualifying students on Fridays. When all else fails, teachers and superintendents, bus drivers and volunteers drive the food packages to students’ homes. He sees that stewardship as a moral obligation.

“If a child is sitting in a seat hungry or with a toothache next to a child with a full belly and good medical care, making good grades and learning is more of a challenge to that first child,” he said. “I think we have an obligation to address that.”

Montford approaches most issues with the same relaxed tempo, in a deep baritone voice that carries a regional twang. (“Parents,” for example, is “peernts.”) It is a disarming style, one that sounds more like front porch banter than a methodical case being made.

But don’t be fooled. That folksy demeanor masks the logical orientation of a math teacher who seeks not merely to convince, but to prove his case. This Session has seen two of his longtime causes passed, a higher starting salary for teachers and across-the-board raises for state employees.

The latter is particularly personal. In a decade of trying, Montford had been able to get only one modest increase, which was offset by a new requirement that 3% of state workers’ salaries be diverted into a retirement fund. With the cost of living going up, it felt like a reduction.

“Florida is number 50 in the number of dedicated state employees per capita,” he said. “Which means they’re working hard. If we’re not careful, we’re not going to be able to attract and maintain qualified state employees. They’ll go looking for a job somewhere else.”

Schools should also figure out a way to address mental health, he maintains. It’s an issue he has heard about in his other job, as chief executive officer of the Florida Association of District School Superintendents.

“Let me give you a little fact,” Montford said. “Two years before Parkland and every year since then, the number one concern among school superintendents in the state has been mental health.”

He wound his way through the supporting arguments. Guidance counselors have enormous caseloads already helping students apply for colleges, and most are not trained in mental health counseling anyway. Students come to school, bringing baggage from home, reflecting issues that affect society as a whole.

“Now you know, there’s a good argument to be made that public schools can’t fix everybody’s problems,” he said. “And that’s true. But we always turn to the public schools and say, ‘Help us solve this problem.’”

He was born in Marianna and grew up in Blountstown and watched his parents work five jobs between them to keep food on the table. After earning a master’s degree at Florida State University, he taught math at a middle school en route to serving for 18 years as a high school principal.

Before his first Senate election in 2010, Montford served on the Leon County Commission twice and was elected superintendent of schools. He downplays that record.

“I like to joke that if I could get the votes of half my former students and half my relatives, I’ll be in pretty good shape.”

The only Democrat in his district, he’s proud of having chaired the Agriculture, Commerce and Tourism committees, and his current chairmanship of the Environment and Natural Resources committee, assignments that might normally go to the majority party.

“I’m proud of the fact that the Republican leadership has trusted my judgment,” he said.

Montford’s willingness to compromise has disappointed some of his Democratic colleagues. In 2018, he approved private school vouchers because the same bill allowed local control over construction projects and federal grants.

He regards that very willingness with satisfaction for being straightforward, upfront and nonpartisan.

“I’m proud of the fact that I’ve been involved in the process. Even though I’m in the minority party, I think on most issues I’ve been in the room.”

Some efforts went nowhere. A bill to ban underwater fracking (SB314), was sent back to committee, where it died.

“I hope somebody picks it up next year, and let’s just keep pushing,” he said. “Fracking has no place in the state of Florida. “

As the passed budget inches forward, almost certain to undergo cuts to adapt to the coronavirus, Montford will stay at the helm of the superintendents association. He’ll remain concerned about rural North Florida, where fallen pines snapped by Hurricane Michael remain strewn like matchsticks over the once-valuable property. Montford lost a timber crop of his own in the storm.

The farmers who had been counting on that timber for retirement or to put their children through college have lost everything, he said. Like hungry schoolchildren, their plight existed before the pandemic, he hopes they will receive more attention now.

In the meantime, he’ll enjoy his five grandchildren.

Andrew Meacham is a writer living in St. Petersburg. He worked for the Tampa Bay Times for 14 years, retiring in December 2018 as a performing arts critic. You can contact Andrew at ameacham437@gmail.com.