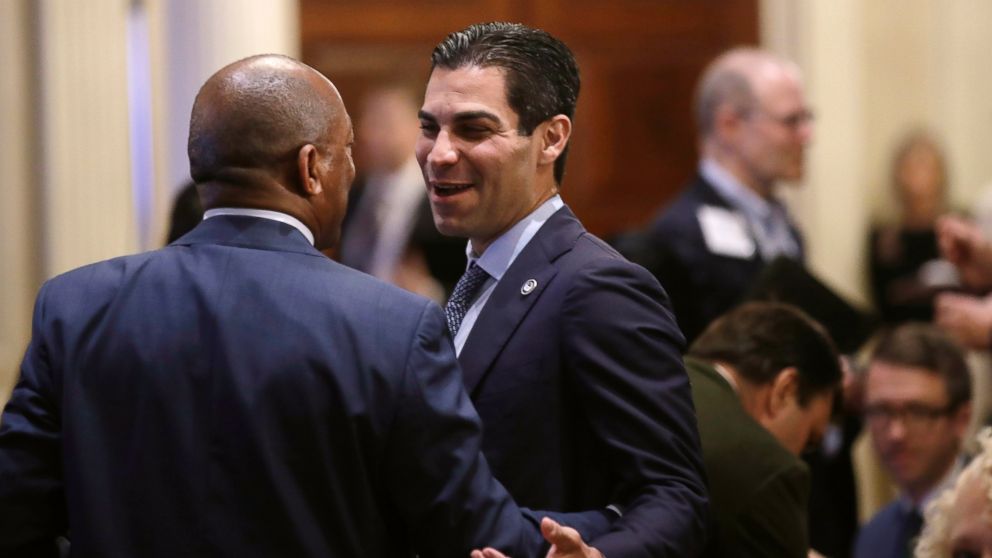 Those marks come from a University of North Florida and Public Opinion Research Lab poll.

Miami Mayor Francis Suarez is maintaining high approval marks regarding his handling of the novel coronavirus outbreak despite his city leading the state in terms of confirmed cases.

A University of North Florida and Public Opinion Research Lab poll puts Suarez at a 68% approval rating among Miami residents. Just 15% say they disapprove of the Mayor, giving him a net +53 approval rating in terms of managing the crisis.

That puts him above a couple of his cohorts from around the state. Jacksonville Mayor Lenny Curry had a higher share approve of his job — at 70%. But 24% also disapproved, leaving him with a +46 approval rating overall. Orlando Mayor Buddy Dyer recorded a +42 approval rating, with 61% approving and 19% disapproving.

Suarez’ +53 mark trailed Tampa Mayor Jane Castor, however. Castor earned a +70 approval rating, with 78% of Tampa residents approving her leadership during the pandemic and just 8% disapproving.

Suarez was relatively early to act to try to stem the spread of the virus. In early March, the city canceled two major events: Ultra Music Festival and the Calle Ocho Music Festival. Those cancelations were done prior to the state declaring a state of emergency.

On March 13, Miami suspended all Parks & Recreation programs and closed city pools. Two days later, on March 15, the city reduced all businesses to 50% capacity. By March 19, Suarez was urging residents to shelter-in-place as much as possible. On March 24, the city issued a shelter-in-place order.

Despite those moves, the city has recorded nearly 2,500 confirmed cases as of Sunday evening. That’s nearly four times the number of the second-place city, Hollywood, which has 638 positive tests so far.

And one of those Miami cases was Mayor Suarez himself. Suarez announced he had tested positive for the virus on March 13 after interacting with a Brazilian official who later tested positive.

Digging down more into the numbers from that UNF poll, 34% of Miami residents “strongly approve” of Suarez’ handling of the outbreak, with the same number saying they “somewhat approve.”

Another 8% “strongly disapprove” of Suarez, with 7% “somewhat” disapproving. The remaining 17% said they were unsure.

Suarez and other local leaders mostly bested the approval ratings of state and federal officials. Gov. Ron DeSantis had just a +5 approval rating, with 51% approving and 46% disapproving. U.S. Sens. Marco Rubio and Rick Scott hovered right around the break-even point, with Rubio at +3 and Scott at -2.

Dr. Anthony Fauci, who leads the National Institute of Allergy and Infectious Diseases, earned exceptional marks, however. He showed a +79 rating, with 85% approving and just 6% disapproving.