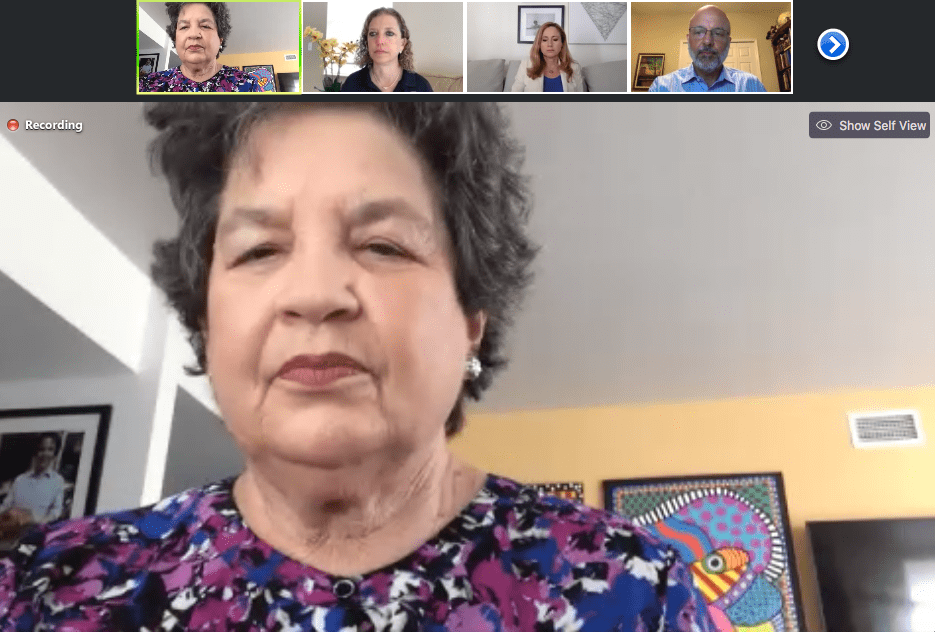 The Governor didn't break unemployment benefits, but needs to fix them, lawmakers said.

The state has seen a record number of applications come in for unemployment benefits as the economic fallout of a global COVID-19 pandemic ensues.

Wasserman Schultz was one of seven U.S. Representatives, all Florida Democrats, who called on DeSantis to address problems with the system by executive order.

Calling the benefits available through the state the “stingiest” in the nation, the members of Congress said he should lift the current limit on benefits from $275 a week to something closer to $1,000, which is more in line with an average Florida salary of $52,000 a year.

“Florida has one of the least supportive benefit programs in the country, despite having a relatively high cost of living,” said Rep. Lois Frankel, a Boca Raton Democrat.

The Representatives also want the period of eligibility changed from 12 weeks to 26 weeks. They noted that at the Congressional level, officials are already negotiating expanding a rescue package to deal with growing economic challenges wrought by coronavirus spread.

The officials also said DeSantis’ administration has consistently been unresponsive to requests from the Florida Congressional delegation to communicate.

Wasserman Schultz said her understanding is that’s a problem for Republican and Democratic lawmakers, though only Democrats joined on the conference call Tuesday. Frankel said she asked all members of the Florida Delegation to sign a letter demanding DeSantis take action.

“Understand, my feelings aren’t hurt,” said Rep. Ted Deutch, a Boca Raton Democrat. “I could care less about talking to the Governor today.”

But officials said communication has been sparse with leaders in the administration.

Rep. Donna Shalala, a Miami Democrat, said the Governor needs to be much more aggressive.

“If I was Governor, I would triple the number of people to process these claims,” she said. “There’s no resource problems. We have allocated millions of dollars to states to build up capacity to process claims.”

She referred to the $2.3-trillion CARES Act aimed at assisting states with economic challenges.

That effort passed on bipartisan lines in the Democrat-controlled House and Republican-led Senate, Representatives noted. But communication between Florida leaders and Congressional lawmakers has been more divisive.

“It’s so frustrating to work with the Governor’s Office,” said Rep. Debbie Mucarsel-Powell, a Miami Democrat. “They are not very cooperative. There is no clear and straight information.”

Frankel noted the “money is bipartisan,” meaning it was approved and doled out without concern if it went to Republican- or Democratic-led state governments.

Rep. Frederica Wilson, a Miami Gardens Democrat, said outreach into communities facing economic devastation was needed. She said the Governor’s office has agreed to send representatives into otherwise closed libraries to get paper applications to individuals.

Many on the call acknowledged concerns with paper applications slowing processing and being less secure, but said at the moment the use of such application was necessary.

But, they argued, more should be done to make sure those claiming unemployment get needs me quickly, and that benefits need to extend back to when a job was lost, not when an individual finally could log into a broken website.

“Our Governor has the power and executive authority to do many things to help us with jobs,” Wilson said.

Wasserman Schultz, who also criticized DeSantis’ delay in issuing a statewide lockdown order, suggested he has shown too much reluctance in making hard choices on behalf of the people of Florida.

“Why run for Governor?,” she said. “Maybe you should have run for a different job.”

Regardless, he has the job and officials said it’s time he provide leadership for the state and fix the unemployment situation quickly.

“He’s going to need to pull up his big boy britches and get to work,” Wilson said.

nextCharter Communications to permanently raise minimum wage to $20 an hour