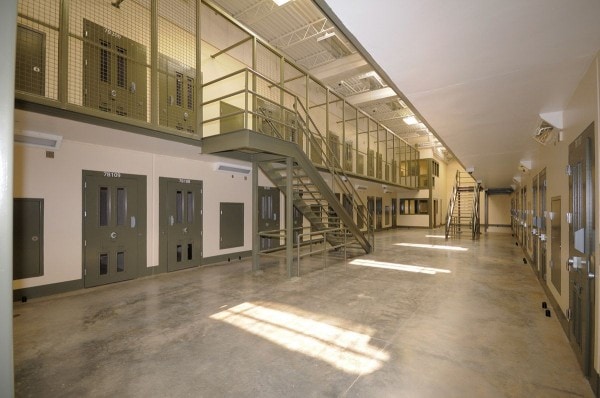 Members of the Florida Campaign for Criminal Justice Reform urged state officials to expedite the process of getting people out of jails and prisons. That could be through commutation of sentences and the release of non-violent offenders.

“Gov. Ron DeSantis has the power to commute prison sentences, and he’s not doing it,” said Micah Kubic, executive director for the ACLU of Florida. “There are roughly 96,000 people in Florida prisons right now, many of which shouldn’t be there in the first place. To avoid a major coronavirus outbreak, we need to safely reduce the prison and jail populations.”

The Coalition last month sent a letter to DeSantis suggesting a decarceration plan involving retroactive sentencing reforms. The group also wants more proactive measures to stop the spread of the coronavirus to prevent cases of COVID-19 within the contained environments of prisons.

Advocates remain disappointed at a lack of effort so far to protect the inmate population from the virus.

“We aren’t letting people out of jails and prisons, and it does not appear we are actively testing prisoners to determine who has COVID-19, although it’s tough to say for sure since the Florida Department of Corrections hasn’t shared what it’s doing,” said Carrie Boyd, policy counsel for SPLC Action, the advocacy arm of the Southern Poverty Law Center.

“The best answer to public health and humanitarian concerns is to get people out. Incarcerated people are highly vulnerable to outbreaks of contagious illnesses such as COVID-19. They are housed in close quarters and can’t practice social distancing.”

“The men and women incarcerated in Florida know they’re in danger of a COVID-19 outbreak. Corrections employees know it too,” said Denise Rock, executive director of Florida Cares Charity

“It is not hard to imagine a situation where a serious infection sweeps through the prison system putting the lives of thousands of incarcerated people and FDC employees in danger. The Florida Department of Corrections won’t have enough healthy people to maintain order. This is a disaster waiting to happen unless the Governor is proactive. If he gets people out now, we can avoid the worst-case scenario.”

Advocates say every bit of hesitation at this point puts populations needlessly at risk and exposes the state to a whole other legal threat.

“Is it too much to ask to release those who do not pose a danger to society and are most vulnerable to COVID-19— particularly the elderly and immuno-compromised?,” Kubic said.

“We need to act before it’s too late. Incarcerated individuals can’t socially distance and we don’t want people dying in prison due to inaction.”