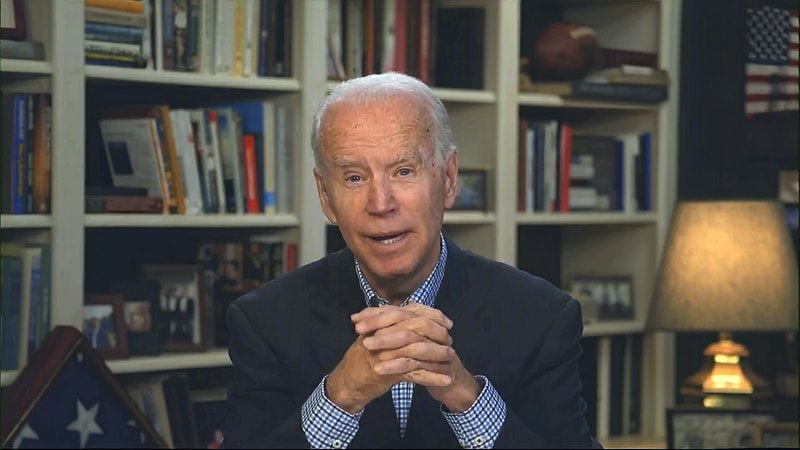 FDR's fireside chats came via radio. Biden wants to do one by internet.

Biden is in position to win the Democratic nomination by default since his last rival, Vermont Sen. Bernie Sanders, dropped out Wednesday. Biden is turning to internet chatting and fundraising in lieu of actually noshing, imbibing, and glad-handing with supporters in Florida because of the coronavirus crisis and social distancing mandates.

“In light of the current situation, the campaign is announcing a virtual fundraiser to comply with public health official recommendations,” reads a notice sent with an invitation to supporters

The Florida fireside chat virtual fundraiser is set for April 29, at 7:30 p.m.

“I hope you are staying healthy. In these unique times, we are preparing for an unprecedented campaign in more ways than one, and it’s critical that we build the resources we need to defeat Donald Trump, even in the face of the current crisis,” the note reads.

“As such, we will be hosting a virtual fundraiser with Vice President Biden on Wednesday, April 29th, moderated by Florida Commissioner of Agriculture Nikki Fried. Can you join the Vice President to hear from him about dealing with the current crisis, how he would be the leader we desperately need right now, and his plan for the future?” the note asks.

Biden and his campaign and the Democratic National Party are rethinking everything about a national campaign since the coronavirus crisis effectively ended in-person campaigning. That began about a week before Florida’s March 17 primary, which Biden won in a landslide, taking 62% of Florida’s Democratic votes, to 23% for Sanders.

Biden canceled two Florida events leading up to the primary, replacing one with a virtual town hall, and has not appeared at a Florida event since going to fundraisers in the fall. 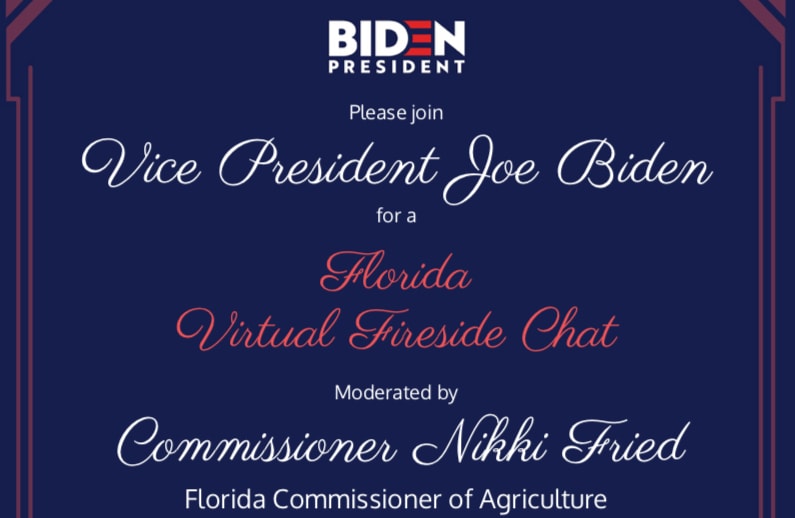 previousSunburn — The morning read of what’s hot in Florida politics — 4.20.20

nextGuard injured in attack at Florida prison on COVID lockdown