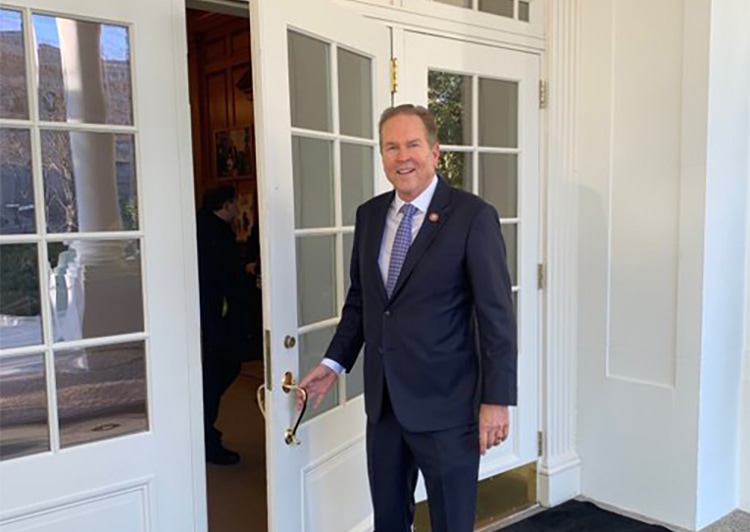 U.S. Rep. Vern Buchanan in March wrestled with the State Department to bring constituents off cruise ships and home from overseas.

He also wrapped up a 2020’s first fundraising quarter. The Sarasota Republican raised $439,000 in coffers since the start of 2020, the campaign told Florida Politics.

That brings him to $2.36 million to use in his reelection bid this year.

Buchanan remains in one of the most closely watched Congressional races in Florida, where he faces state Rep. Margaret Good. The Democrat hasn’t reported first quarter numbers yet, and closed 2020 with $812,000 raised.

The Democratic Congressional Campaign Committee remains bullish on Good’s ability to beat to beat Buchanan, but prognosticators so far aren’t listing the incumbent at risk.

Regardless, the campaign has largely moved into the background in a news cycle shaped by the threat of COVID-19 and related fallout.

That has includes the virus stranding a number of constituents of Florida’s 16th Congressional District overseas or at sea.

Four Sarasota residents were passengers on a Holland American cruise ship that became a source of controversy. Gov. Ron DeSantis and the Broward County Port Authority expressed concerns in letting the boat dock in South Florida, which prompted Buchanan to lobby the White House to let constituents off the vessel. The Zaandam ultimately docked at Port Everglades with Florida residents allowed off but the sick remaining on the boat to be treated.

Buchanan also closely followed the path of the Coral Princess, where six other constituents of Buchanan’s were ultimately able to disembark after being screened for COVID-19.

Additionally, Buchanan helped negotiate with the State Department and India officials on the safe return of Sarasota resident Kendra Simpkins, who had been stranded in New Delhi for a month.

“I’m working to help other constituents trapped overseas get home as well. It’s very nerve-wracking for our neighbors to be trapped overseas as these countries restrict flights and lock down travel in response to the COVID-19 pandemic.”

In March, Buchanan sent a letter to Secretary of State Mike Pompeo regarding Simpkins, as well as three other constituents isolated abroad: Geraldine Escott, a 69-year-old asthmatic stuck in Peru; Daniel Orzech, a Bradenton man in Quarantine in Peru; and Cindy Alejandra Gutierrez Ramirez, a Lithia woman stuck with her daughter in Colombia.