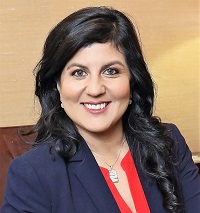 Candidates throughout the state are slowing their fundraising efforts.

Candidates in Florida House District 60 posted slowed fundraising numbers in March, according to the most recent data available with the Florida Division of Elections.

That slow down is an indication of effects the novel coronavirus on traditional campaigning not only in Florida, but nationwide. Candidates are backing off fundraising efforts and are unable to host fundraisers amid social distancing guidelines enforced through a statewide stay-at-home order.

Nevertheless, Rep. Jackie Toledo, the Republican incumbent in the Tampa district, raised more than $10,000 in March, bringing her total contributions to more than $239,000.

Still, the month marked a slow down from her most previous fundraising activity in January. Toledo was barred from raising funds during February because she was in Legislative Session, but the month before she raised nearly $19,000.

Toledo’s Democratic opponent, Julie Jenkins, also showed a significant slow down in fundraising activity with just $6,368 raised in March, down from more than $15,000 in February. Jenkins’ total fundraising pales in comparison to Toledo’s at just $61,424.

Toledo is tapping deep pocketed resources for top-dollar contributions. She brought in just 13 donations in March, most of which were for the maximum $1,000.

Meanwhile, Jenkins brought in 54 individual contributions, including in-kind, averaging $123. She took in just one top-dollar contribution from Alan Sabatino, a plumber who lives in New Jersey.

Jenkins spent just over $1,000 in March, down by about half her previous month’s spending, leaving her with a cash-on-hand balance of about $54,000.

previousFrom people and firms desperate for aid, one question: When?