“Taxpayer Independence Day” was supposed to be today. But now it’s on hold.

The day, celebrated by Florida TaxWatch each year, marks the point where Floridians have earned enough to cover their taxes for the year with the rest of their annual earnings being theirs to keep.

Heading into 2020, the nonpartisan watchdog had an optimistic outlook. It expected Floridians to earn more money this year than last, even penciling in Taxpayer Independence Day for a day earlier than last year.

Then the new coronavirus pandemic landed in Florida, mucking up the economy and Florida TaxWatch’s estimates along with it.

“While Taxpayer Independence Day is typically a joyous occasion, this year it serves as yet another reminder of the economic uncertainty created by COVID-19. Much remains to be understood about the true toll this virus will take on our local, state, and national economy, but we do know that continuing to take decisive actions to cut government spending and increase revenue collections will be critically important to the recovery of Florida,” Florida TaxWatch President Dominic M. Calabro said.

Pre-coronavirus, Floridians’ combined tax burden was estimated at $300 billion, or about 30% of state GDP, which is more than is spent on food, housing and clothing budgets combined.

And Floridians have it better than most. State-level taxes are among the lowest in the nation, and local taxes are around the national average — about 16% of taxes paid head to the state and 14% head to local government. The feds get the rest.

When will Taxpayer Independence Day end up this year? It’s up in the air. If the $1 trillion federal budget deficit is maintained, it would move back 22 days. Factoring in a recession is harder, economists predict anywhere from a 10% to 24% drop in national GDP this quarter, the outlook beyond that is murkier.

As far as making ends meet in the state government, TaxWatch recommends lawmakers hammer out a new Seminole Compact and pass legislation to collect sales tax on online purchases rather than raise taxes.

CFO Jimmy Patronis has been trying to get some insight into how the pandemic will impact the state budget.

“While each day brings additional information and clarity, the generation of credible estimates is not possible until next month at the earliest,” she told Patronis. last week “At this point, what we do know is far outweighed by the assumptions we would need to make.”

The potential for an active hurricane season throws another wrench in the gears.

There may be some research that models how well Florida can weather an economic storm. Moody’s Analytics 2019 State Stress Test Report was produced before coronavirus first emerged in China, however.

Patronis is asking EDR to weigh in on whether the report holds true. He’s also reached out to the report’s authors asking if they can provide any thoughts on how the stress tests can be used as a guide in the coronavirus era.

Patronis says the trust of it is relevant, even if the details need to be tweaked.

“The states that make the quickest financial recoveries make the smartest use of their reserve funds and they are also the fastest to act,” he wrote in a message to EDR.

The state’s largest teacher union is urging Gov. Ron DeSantis to shut down schools for the rest of the academic year to prevent further spread of the new coronavirus.

Their Florida Education Association’s plea comes as the Governor and Education Commissioner Richard Corcoran are considering whether to reopen campuses, extend the order set to expire May 1, or keep do as FEA recommends and keep schools shuttered until the 2020-21 school year.

Corcoran is expected to announce the decision Wednesday.

“We know our public schools serve as refuge for many students, that our campuses provide them with meals, education and a safe haven with committed staff,” FEA President Fedrick Ingram wrote in a letter Tuesday letter to the Governor. “As much as our students and educators want the opportunity to be back at our schools, returning prematurely will threaten the safety and well-being of all on campus.”

Corcoran has indicated the state could open schools in some counties while other districts remain closed. He said his ultimate judgment call would be based on public safety data.

Ingram encouraged him to err on the side of caution, warning that sending students back could renew the virus’ spread. If that were to occur — even at one school — the potential damage “far outweighs the inconvenience of continuing distance learning for the rest of the school year.”

“New saliva test for coronavirus could be game-changer, limits exposure to workers” via Melanie Anzadei of USA Today

“What if Adam Putnam or Gwen Graham were the ‘virus governor’?” via Randy Schultz of the Sun-Sentinel

“Does our government have what it takes to get Florida’s economy open again?” via Zachary Sampson and Kirby Wilson of the Tampa Bay Times

“The truth about K-12 remote learning at home: Kids may fall behind academically by next school year” via Isaac Morgan of Florida Phoenix 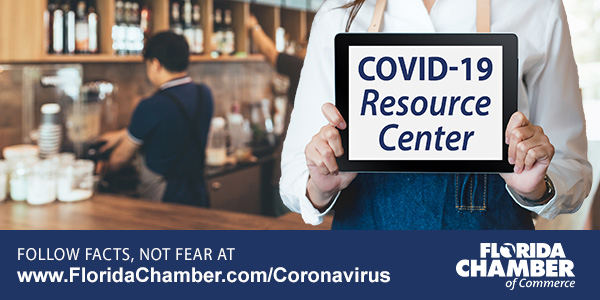 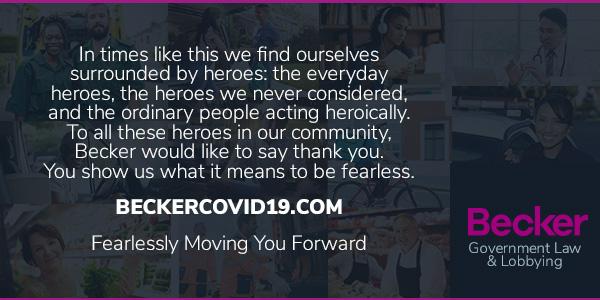