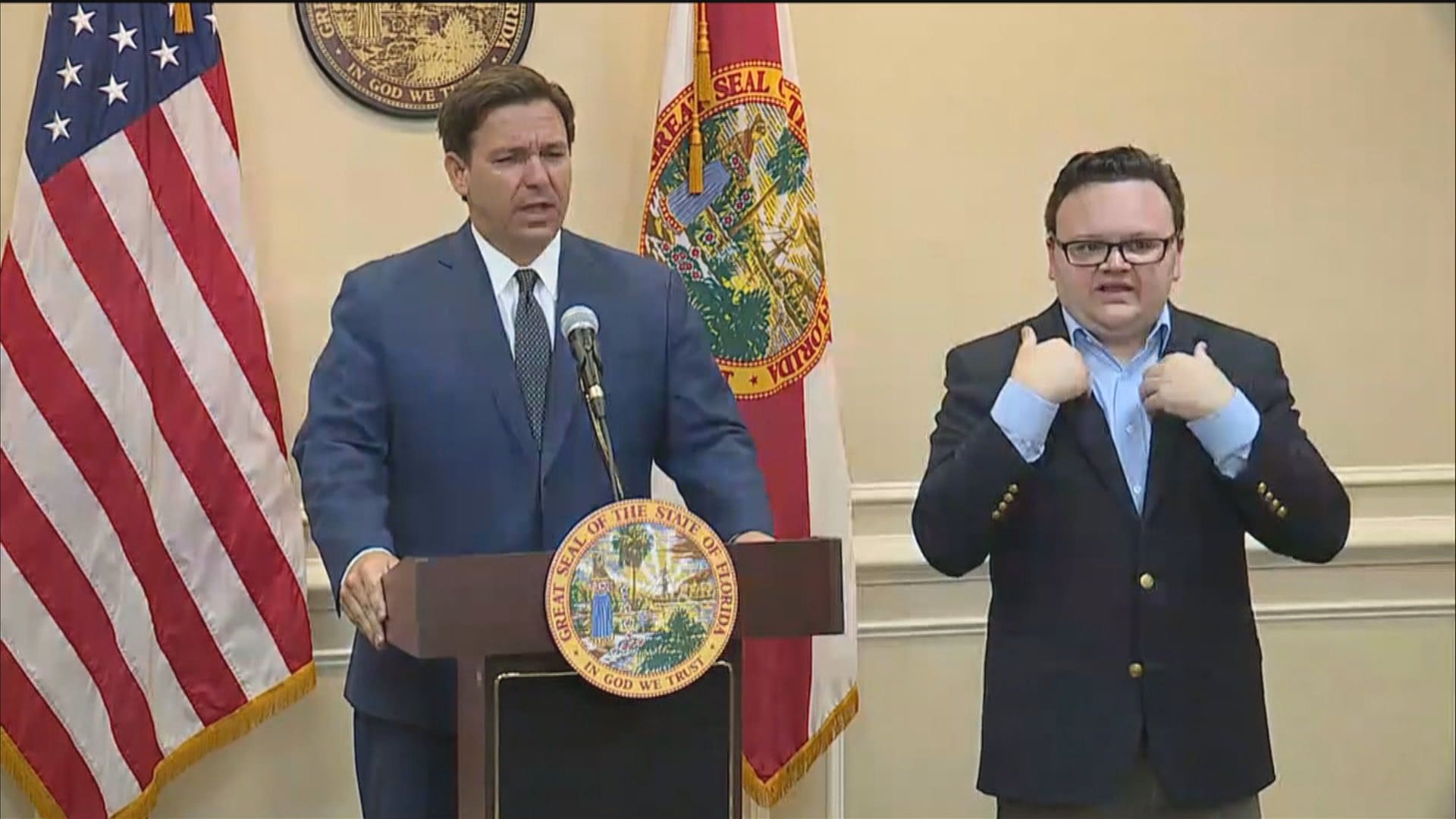 “We’ve got to do all we can do, better,” DeSantis said, announcing Department of Economic Opportunity director Ken Lawson would be side-lined.

Department of Management Services head Jon Satter will take over response to unemployment, a move that DeSantis conceded would disempower Lawson.

“If there’s business opportunities with the recruiting [or] hurricane relief … Ken can handle that, but in terms of unemployment John is in charge there, and we want action,” DeSantis said.

The Governor has been frustrated by a weeks-long inability to get data on claims and their fulfillment status.

“I ask for the numbers every morning. That’s one of the reasons we want John in there … that’s just a change that needs to be done,” DeSantis said. “I don’t think the response has been sufficient in that regard.”

“We’ve got to get that going … moving quicker,” DeSantis said, but with “updates.”

“This is right up [Satter’s] wheelhouse. He helped us with the call centers,” DeSantis said, calling Satter, “a logical person, given he’s been so involved with the technical stuff so far.”

Satter previously served as managing director of U.S. operations for Avision Young, the world’s largest private commercial real estate services firm, from 2013 to 2018. He was also a two-time appointee of former Gov. Jeb Bush, who named Satter as commissioner of the Health Care District of Palm Beach County. He also served as chairman of the Economic Council of Palm Beach County.

DeSantis touted progress on the unemployment benefits front, including adding 100 new servers with 1,000 workers of the expected 2,000 already taking calls.

“I want to know every morning how many claims have been paid,” the Governor said.

“I cannot in good conscience stand by the response provided by the Department to this economic crisis. It is with great disappointment and frustration that I request you ask Executive Director Ken Lawson to resign,” Cruz wrote.

Ultimately, Lawson was retained without having power stripped despite the partisan push, but the unemployment system’s failures have begun to define the DeSantis administration in the eyes of many, especially frustrated applicants.

The Governor also said Wednesday that federal benefits, a $600-a-week allotment, would stat to be delivered this week via a “hard check.”

The “state portion,” said DeSantis, was “obviously smaller,” capped at $275 weekly. That money could come via a check or a debit card, DeSantis said.

The benefits have become more urgent, as more than 169,000 apply for assistance.