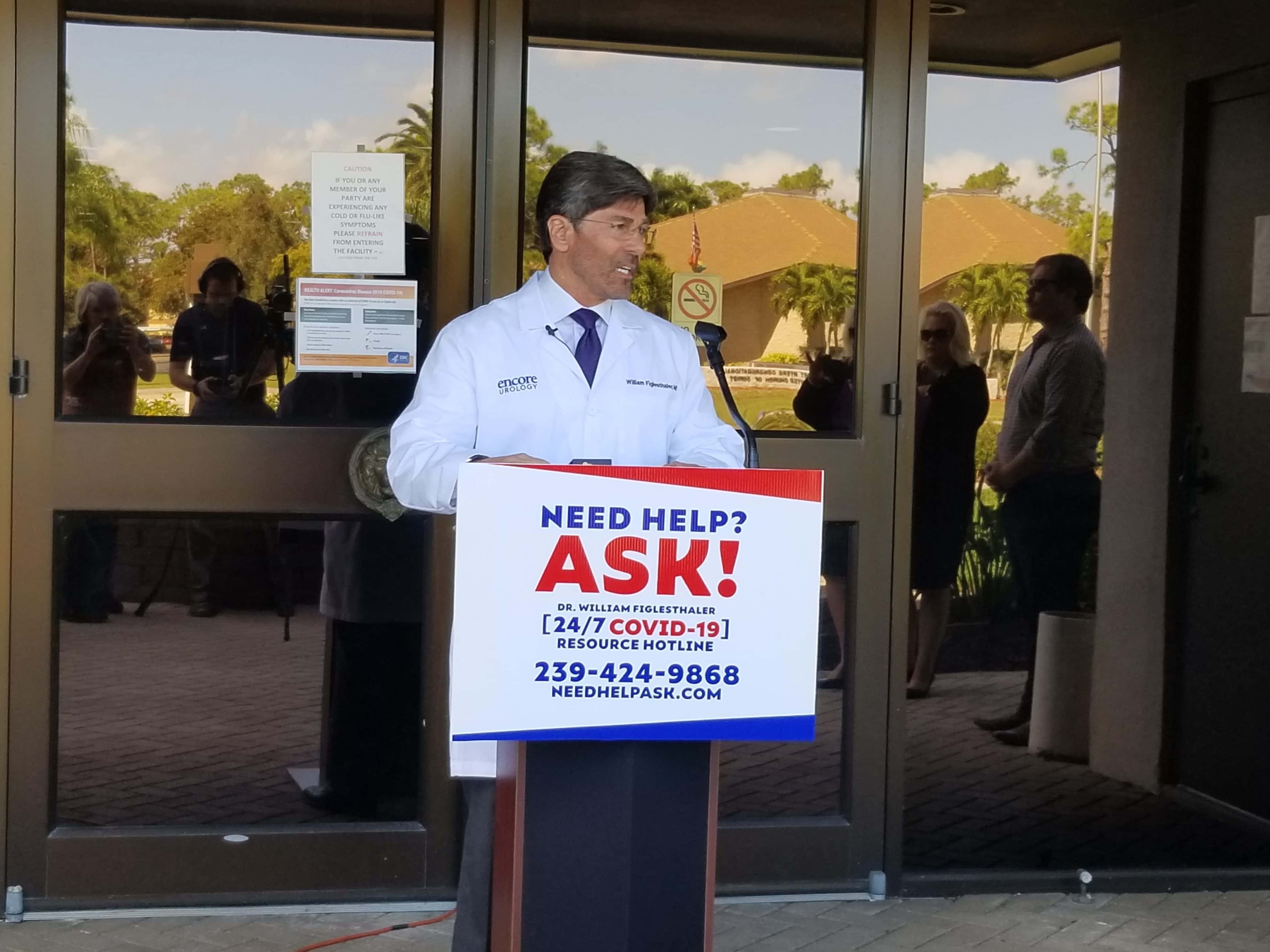 He's put just $1 million in candidate loans into the campaign.

Naples Republican William Figlesthaler closed the first quarter of 2020 with more than $1 million in cash on hand.

But he’s loaned about that amount to his Congressional campaign.

The physician in his first full quarter as a candidate pulled in $151,983 in new donations. That brings his total contributions up to $276,279. He’s also received $3,000 in PAC contributions.

He also dropped another $650,000 candidate loan into his coffers in the first quarter of 2020. Combined with money he put in at the end of 2019, that means he’s put just north of $1 million into the race, close to all the cash available to the account as of the end of March.

And the campaign has been busy, spending $298,573 to raise Figlesthaler’s recognition in a field of nine Republican candidates, four of whom hold office now.

Donalds announced last week he had raised $335,000 in donations since jumping into the race in January.

Figlesthaler has largely campaigned as an outsider in the race, but does have competition in that role. He’s outlasted pundit Ford O’Connell, who dropped out last month.

But in the last couple weeks, fast food mogul Casey Askar has jumped into the race himself, raising upwards of $500,000 in less than two weeks and pulling a $3 million candidate loan.

The “Dr. Fig” campaign first established the candidate with quirky and sometimes bizarre advertising that raised him from obscurity into serious contention for the seat.

As the COVID-19 pandemic struck the region’s he’s shifted toward messaging that stresses his medical background while funding public-service style outreach.