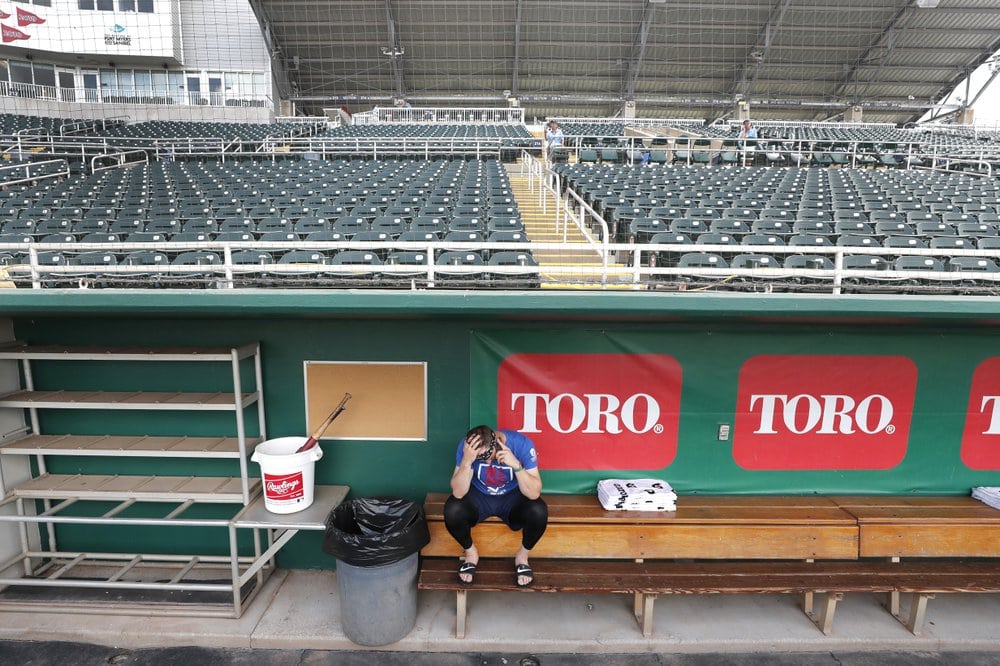 Most leagues have aggressive plans but less optimistic contingencies.

The Associated Press canvassed major sports around the world asking what the plan was to return to action. Most leagues gave aggressive and optimistic plans to start play within weeks, while fall sports said they plan to start on schedule.

Key stakeholders confirmed, however, that they have less optimistic backup plans. Some of the options include, holding the basketball and hockey playoffs in September, kicking off college football in the spring of 2021 and holding votes to determine champions in some soccer leagues.

College Football: Oklahoma athletic director Joe Castiglione says policymakers are looking at several models that include shortening the season or moving part or all of it to the spring.

Horse Racing: Kentucky Derby has been rescheduled to Sept. 5.

MLB: Plans include bringing all 30 teams to Arizona and playing through December, scheduling doubleheaders with seven-inning games and home run contests to settle games that would otherwise go into extra innings.

NASCAR: A tentative schedule given to teams shows the season resuming May 24 at the Coca-Cola 600, with midweek races and doubleheaders crammed in from June to August to complete the postponed events.

NBA: Medical experts have said there almost certainly won’t be any basketball until at least June. The league is reportedly considering a number of scenarios, including shortening some playoff series and playing them in arenas with no fans.

NFL: Contingency plans reportedly include playing a shortened season, or playing games in front of empty or half-full stadiums.

NHL: Plans include going directly to playoffs when play resumes, and possibly playing games at neutral sites. Teams have asked about arena availability through August.

Olympics: Tokyo Games rescheduled to start July 23, 2021, though some organizers now saying there’s no guarantee COVID-19 will be controlled enough to hold the massive international event.

PGA Tour: Plans on returning week of June 11 in Fort Worth Texas, with tournament for no fans. Three of four majors have been rescheduled, starting with PGA in August.

Soccer: English Premier League has optimistic plan in place to restart June 8. German Bundesliga plans to resume in May have been threatened by government ban on public gatherings through August. Scottish teams have been asked to vote on whether to cancel seasons, which means the champions would be the teams leading when play stopped. FIFA is facing challenges to extend seasons because many player contracts expire on June 30.

Tennis: With professional circuits on hold until at least July, Serena Williams’ coach says he’s starting an independent league to play matches in front of no fans starting May 16. Wimbledon has been canceled and French Open has been moved to Sept. 20.

nextBaseball to beaches: Coast is different 10 years after spill