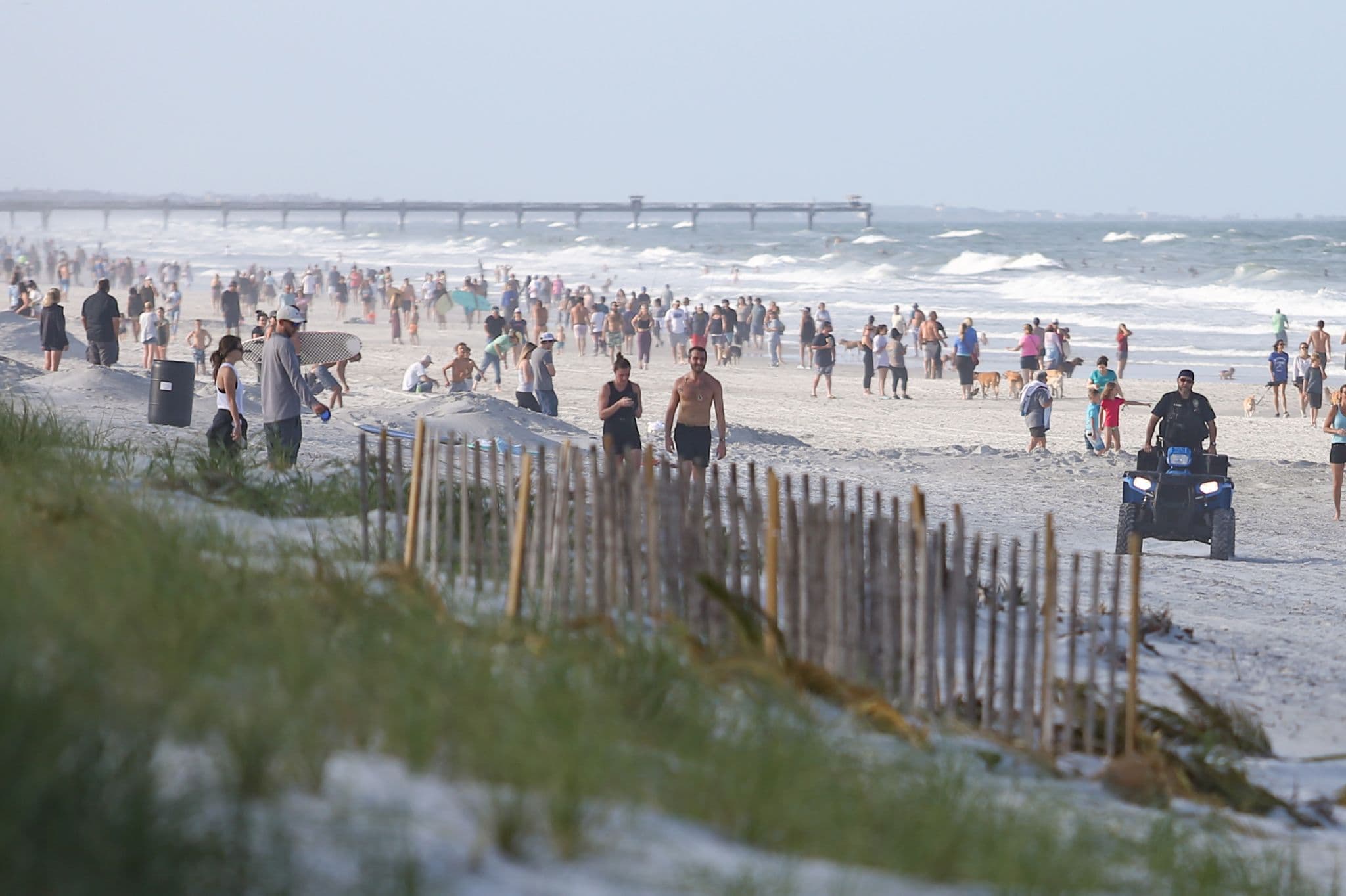 Duval County drew national attention when it reopened beaches for exercise this weekend, and Lenny Curry knew it.

Duval was the biggest county in the state to rollback coronavirus restrictions on movement and access to the beaches over the weekend.

On Friday, he took to Twitter to plead with locals to follow social-distancing guidelines while on the beach.

“We remain under a State and local safer at home order. Limited access to beaches/parks is for recreational activities only. No chairs, coolers, sitting/groups congregating,” Curry warned. “Public safety workers will break up groups. Use these spaces responsibly.”

As of Monday morning, there seemed to be little evidence of public disarray.

“Some National media will not divide us. There are no political parties in response to COVID19 in my city or our state,” Curry tweeted Sunday evening, in a call for unity.

Those in his inner circle discounted concerns expressed by various people outside the region, noting that positive results are already going down, that hospital capacity is not and will not be an issue, and though the virus is a concern, so too is plotting a post-COVID path.

However, for those who are not tuned in to Curry’s near-daily briefings, a different narrative has emerged. 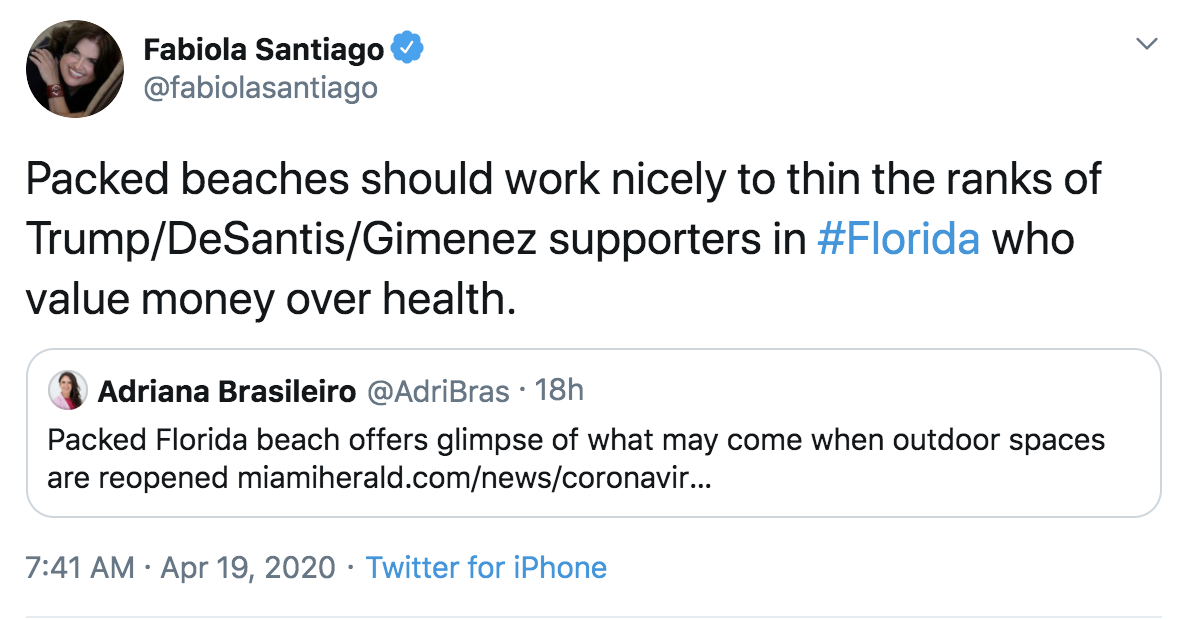 Republican Party of Florida Chair Joe Gruters blasted the writer, urging “all reasonable-minded Floridians, who care about the lives of others — even those they disagree with — to unite in demanding that the Miami Herald take disciplinary action against Santiago, up to and including firing her.”

Northeast Florida elected officials, meanwhile, had their own qualms.

Rep. Tracie Davis, a Democrat who represents much of Jacksonville’s urban core in the state Legislature, was direct on Twitter.

“During a pandemic, this is not the way to make national news … beaches/parks are opening!!”

Jacksonville City Councilwoman Brenda Priestly-Jackson worried about how the beach reopening would lead to a general lack of seriousness elsewhere.

“There’s a ripple effect … Today, Hubby and I went to our usual Publix to pick up prescriptions & groceries. It was pretty packed. Six ft was more like six inches. About half of us wore masks & gloves … but clearly, folks think COIVID-19 cautions are over,” she tweeted.

“Why? The beaches are open. Folks are at the beaches. Life is good & our community spread is … I am troubled & saddened. We will further limit trips from home & use delivery services more. It’s not over. COIVID-19 & our Jax examples are hotbeds of community spread incubators.”

previousGuard injured in attack at Florida prison on COVID lockdown