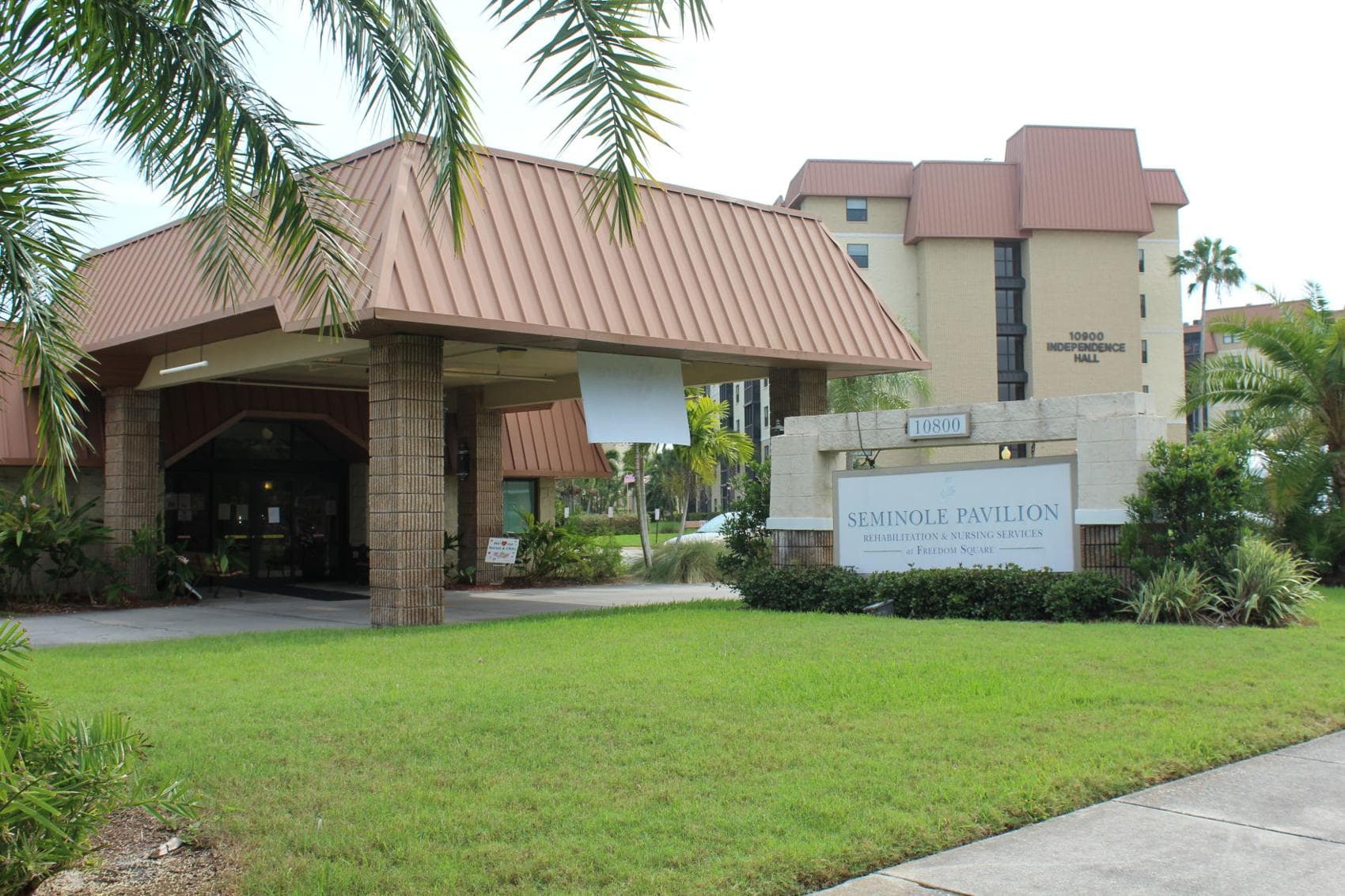 The number of coronavirus cases at Freedom Square is now up to 62.

A total of 62 residents and staff members have so far tested positive for COVID-19 at the Seminole nursing home where an outbreak was uncovered last week.

That’s an increase of four cases since Sunday.

Freedom Square did not say how many tests were pending.

The infections are mostly related to the Seminole Pavilion Nursing Center, but new cases are beginning to emerge from the facility’s Freedom Square Rehabilitation Center.

Testing was made available this week for all employees and Freedom Square is working with local, state and federal leaders to provide additional testing to symptomatic residents on the entire Freedom Square campus, which also includes an assisted living facility.

Freedom Square identified and notified 237 employees who were directly associated with Seminole Pavilion and likely had contact with residents who tested positive for COVID-19.

The facility expects to work with the Florida Department of Health in Pinellas County “to develop more aggressive mitigation strategies.”

Freedom Square first become aware of a person who tested positive for the virus on April 9, but the facility’s outbreak was not made public until April 15 when Florida Politics first reported the outbreak.

So far, three residents have died from the facility, one who died April 11 and two others on Friday.

According to Pinellas County Commissioner Pat Gerard, the facility had been having difficulty managing its situation, but, much to her frustration, never reached out for help.

“We have PPE we can share with them but they don’t tell us they need it,” Gerard said.

Multiple sources who asked not to be named have told Florida Politics the facility lacked adequate personal protective equipment and, in many cases, staffers were using homemade facial coverings not medically graded to protect against the virus. They were also reportedly being told to use the same gown for multiple shifts.

Asked previously about workers’ access to PPE, Michael Mason, Freedom Square executive director, declined to answer specifically. He did say the facility has preventative measures in place and  he thinks the facility is in a “comfortable position.” Mason made those comments before commissioners became aware of PPE shortages at the facility.

previousLast Call for 4.20.20 — A prime-time read of what's going down in Florida politics