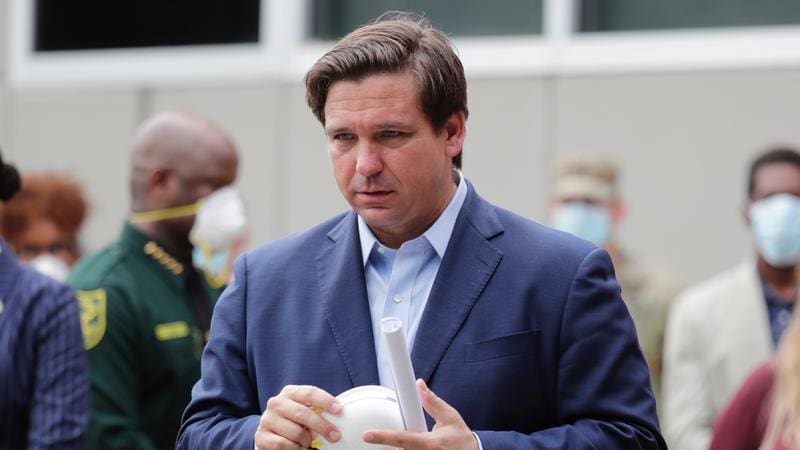 Small business leaders pushed for a fast but clear opening to Florida during the first industry meeting of Gov. Ron DeSantis‘ task force on reopening the state.

Members of Florida’s “most restricted industries” met telephonically Tuesday without public health officials to discuss the impact on those businesses and what steps to reopen could look like. On Monday, the Governor identified the accommodation, food and tourism, construction, real estate, recreation, retail and transportation industries as the most at-risk during the global economic downturn.

DeSantis framed the task force’s charge around finding how to minimize the public risk to the virus to keep low-risk businesses and services open. He also pushed back against the essential versus nonessential services framing public health officials use.

“The more and more I go through it, I think think that that’s an illusory distinction,” he said. “Quite frankly, I don’t think it’s terribly helpful even when you’re talking about a pandemic.”

And with no health professionals present, industry leaders were left to identify the health questions that need to be answered. When to reopen, enforcing restaurant capacity, sanitation, handling menus and the use of masks and gloves were some concerns raised by Tim Petrillo, CEO of The Restaurant People.

The Florida Restaurant and Lodging Association noted it was developing a certification that could help boost confidence in the public and in restaurants. But ensuring that restaurants and restaurant-goers could opt into the certification without “draconian” encouragement was important to John Tolbert, president and managing director of Boca Raton Resort & Club.

A recurring theme of the meeting was the importance of a timeline to getting restaurants open.

“In regards to reopening, what is very, very important is that we have a schedule from the federal to the state to the local government on how we reopen — a clear path to plan for that reopening, what that reopening looks like,” Petrillo said. “The clearer direction we can give the industry, the better off we will be able to manage to that expectation.”

DeSantis stood with them: “If people can fight over toilet paper in Costco, then I’ve got to think there’s a way that you can run a restaurant safely.”

With the federal Paycheck Protection Program (PPP) only reaching 27% of Florida’s small businesses that have applied for funding, increasing funding and revenue is a necessity to keep businesses alive. Walter Carpenter, on behalf of the National Federation of Independent Business, said 15% of small businesses could not last more than a month without more funding and 35% could last one to two months.

“If people are going to come and stay at a luxury hotel or a resort or a regular hotel, they’re going to want to be able to go to the beach, so that’s something that I think that the Governor’s going to need to take a look at so that they open simultaneously so our guests have something to do while they’re here,” he said.

With low consumer confidence in the safety of spending money, even as DeSantis makes the media rounds to tout that Florida has flattened the curve, Tolbert said VISIT FLORIDA was more important that ever to raise promote businesses while their cash is low.

VISIT FLORIDA CEO Dana Young, who led the panel, said the organization had developed a four-phased plan to rebound tourism to and within the state. Public health officials and web search data would inform the advancement through those stages, which address increasingly more confident consumers.

After the stay-at-home order is lifted, she hopes to target Floridians hoping to travel who will more quickly be able to take an in-state trip.

“VISIT FLORIDA will tap into this concept of state patriotism that Floridians already have in abundance,” she said.

Young also highlighted the tourism data VISIT FLORIDA updates daily. Compared to April 5 last year, the latest day available for that category, the demand for hotels was down 78%. And while vacation rental bookings dropped 91% from the year before on March 29, bookings had recovered somewhat, now down only 53% as of April 19, in part spurred by hopes that DeSantis will let the vacation rental ban lapse.

Lt. Gov. Jeanette Núñez, who led the afternoon recap discussion, said she was appreciative of the perspective that committee discussed, thanking the Governor.