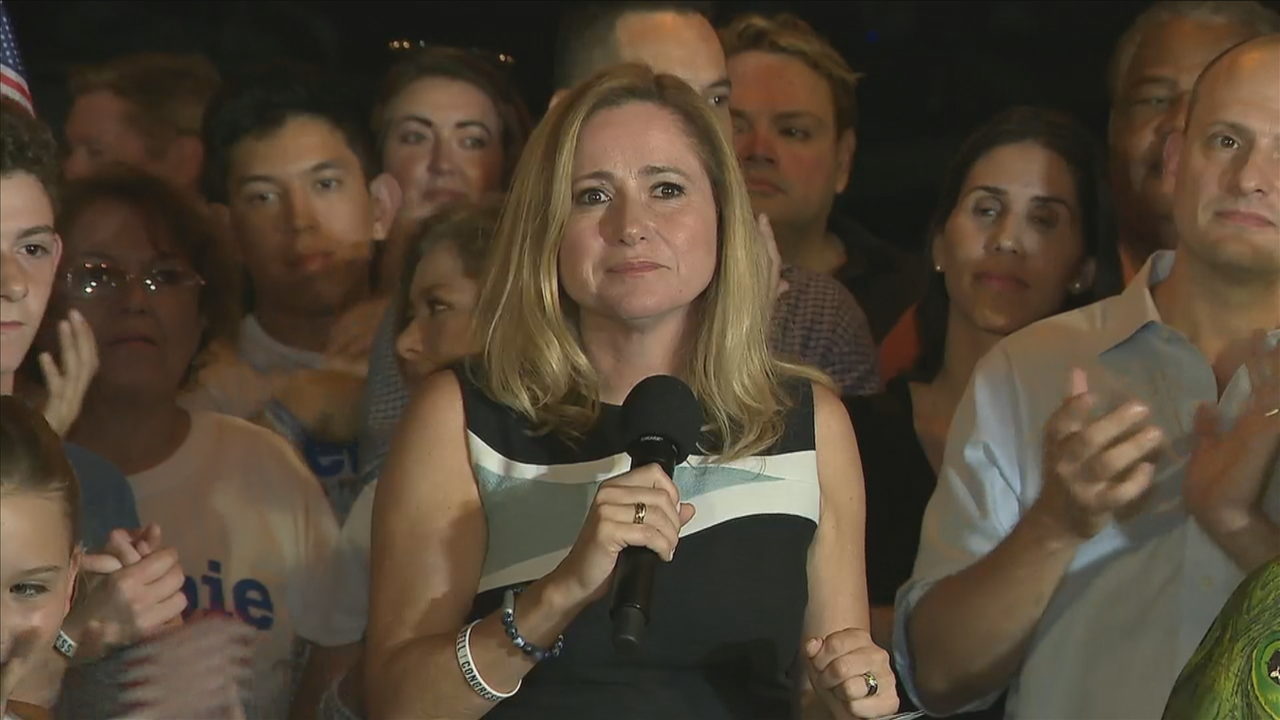 Mucarsel-Powell faces tough competition as the GOP seeks to regain a seat in Congress.

U.S. Rep. Debbie Mucarsel-Powell is expecting another close contest in Florida’s 26th Congressional District this cycle, telling volunteers her race will be “one of the toughest” in the nation.

Mucarsel-Powell outraised all three in the first quarter of 2020 — including Miami-Dade County Mayor Carlos Giménez.

“A lot of that was due to many of you who have helped me get there,” Mucarsel-Powell told campaign volunteers on a Tuesday evening Zoom call. “But this will be a challenging race.”

Mucarsel-Powell praised the work those volunteers have done, as the campaign — like many others — has shifted away from in-person events amid the COVID-19 outbreak.

“I’ve heard that we’ve already texted 10,000 people and called over 1,000 constituents in our district,” Mucarsel-Powell said.

“I cannot thank you enough because what our constituents need the most is that outreach. They are in dire, dire need to be connected to resources.”

As Mucarsel-Powell discussed some of the legislation Congress has passed — such as a $2.2 trillion relief act — she turned back to the work her campaign has ahead.

“While we’re doing all this work in Congress, I’m running for reelection. My race, once again, is going to be one of the toughest races in the country.”

Still, Mucarsel-Powell sounded confident she would be able to defend her seat.

“I know that we’re going to be able to win,” she told her supporters.

The Democratic Congressional Campaign Committee (DCCC) has shared Mucarsel-Powell’s outlook for 2020. The DCCC placed the incumbent in its Frontline Program, which funnels resources to potentially vulnerable Democratic incumbents in the House.

But Mucarsel-Powell has also generated plenty of resources on her own. She added more than $740,000 in the first quarter of 2020. That was her highest fundraising total of the cycle so far. She ended the month of March with around $2.2 million on hand.

Giménez added $415,000 in his first quarter since joining the contest. That’s well ahead of the other two Republican candidates: restaurateur Irina Vilariño and Omar Blanco, the former head of Miami-Dade Firefighters Local 1403. Vilariño pulled in just over $10,000 in Q1. Blanco raised about $8,000.

But while Giménez dominated his Republican rivals, his total fell more than $300,000 short of Mucarsel-Powell.

The Congresswomen acknowledged Giménez will be helped by a “very high name ID” as he competes in the district, which spans the southern portion of Miami-Dade and also includes Monroe County.

Still, with uncertainty swirling around the region’s response to the virus, as well as the virus’s unknown effect on the coming election, it’s unclear who will have the upper hand come November. As of Tuesday, the Cook Political Report gives Mucarsel-Powell a slight edge.

Mucarsel-Powell closed her portion of the call by thanking her volunteers for their work both on her campaign, as well as informing the public regarding resources for the virus’s impact.

“What you are going right now is the true definition of grassroots organizing,” Mucarsel-Powell said.

“It’s going to make a difference in people’s lives.”

Trump Victory Spokesperson Emma Vaughn, in a statement later, sought to contrast Tuesday’s event with the congressional response to the outbreak.

“The only thing Debbie Mucarsel-Powell’s constituents want to know is when she’ll stand up to [Nancy] Pelosi and [Chuck] Schumer for denying critical coronavirus aid to Floridians,” Vaughn said.

Vaughn is alluding to a days-long negotiation between Republicans and Democrats over a deal to replenish small business aid being sent through the Paycheck Protection Program (PPP). That fund recently ran out of money.

Democratic leadership agreed on the need for additional PPP money but also sought funding for hospitals, state and local governments, and other institutions responding to the crisis.

Congress did agree to a deal Tuesday, which only included some of Democrats’ demands. Additional funding for state and local governments was left out of the current bill.

Mucarsel-Powell cut short her meeting Tuesday evening to fly back to Washington for a scheduled vote this week on that plan.

previousReport: UFC headed to Florida in May