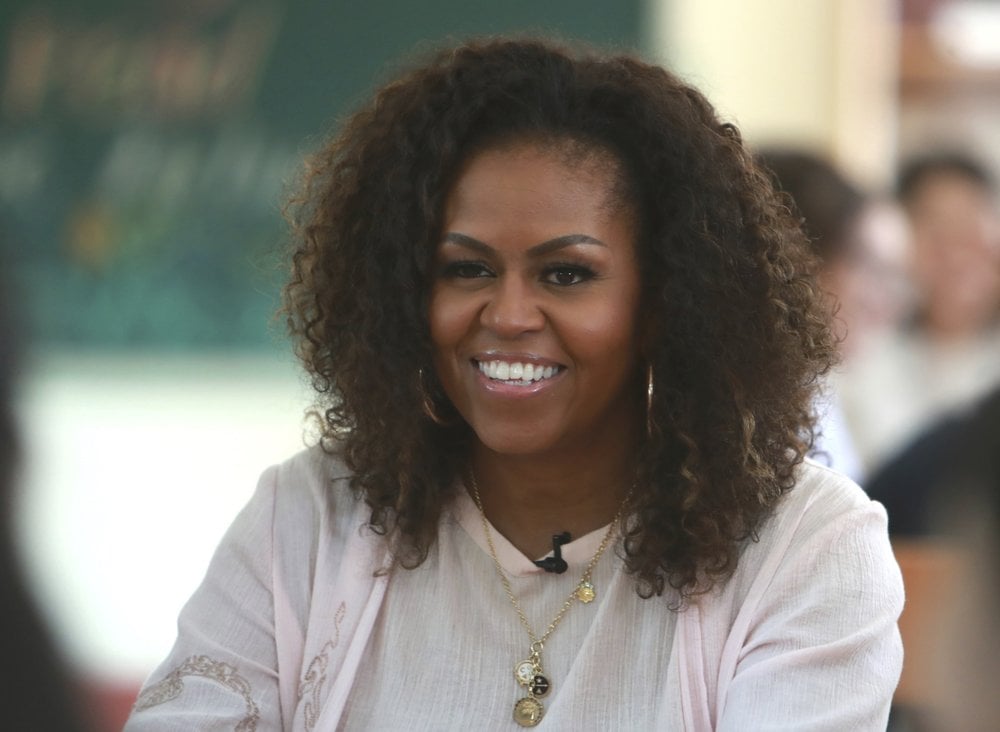 Gallup polling shows she is the most admired woman in the world.

Seeking to unite Democrats, Joe Biden has raced to line up supporters ranging from progressive icon Bernie Sanders to former President Barack Obama, whose administration sometimes irked liberals. But the person with the most influence may be Michelle Obama.

The former first lady is a unique figure in a deeply polarizing political environment, exceedingly popular with the party faithful while also having some appeal with Republicans and independents.

She left the White House with a 68% approval rating, according to Gallup polling. She also was named “the most admired woman” in the world for the second year in a row in a Gallup poll from December.

And her memoir, “Becoming,” has sold more than 11 million copies worldwide since its November 2018 release, making it one of the bestselling political memoirs in history. Her book tour filled arenas with thousands of cheering fans.

That type of energy could be critical for Biden, who is trying to build momentum for his campaign at a time when the coronavirus is dominating headlines. Michelle Obama could help Biden present a clear contrast with President Donald Trump and rebuild the multiracial, multigenerational coalition that twice put Barack Obama in the White House.

“She brings to the table not just her own experience of being an active and well-respected first lady but, at a time when the country is looking for leadership and looking for role models, she fills so many gaps,” said Democratic strategist Donna Brazile. “I can only imagine what her endorsement would mean to the former vice president.”

Like most Americans, Michelle Obama is staying at home, along with her husband and daughters Malia and Sasha, who are back from college. She has not yet weighed in on the 2020 campaign, though a person close to her said there’s little doubt she supports Biden. The person spoke on condition of anonymity to discuss Michelle Obama’s thinking.

An endorsement does not appear imminent. Biden campaign aides who spoke on condition of anonymity to discuss possible scenarios said they want to ensure that any announcement lands with the biggest impact possible.

Biden’s team sees Michelle Obama as a major endorser in her own right, with an appeal distinct from Barack Obama that would justify her own spotlight when, and if, she chooses to announce an endorsement, according to a Democrat with knowledge of the dynamics but not authorized to speak publicly.

The Obama and Biden families grew close during their White House years, and Biden’s advisers say Michelle Obama is someone who can speak credibly about Biden’s personal traits, further connect him to the Obama legacy and highlight differences with Trump.

Even so, Michelle Obama does not see herself as a political figure and has repeatedly said she has no desire to run for office. She has campaigned for candidates, including 2016 presidential nominee Hillary Clinton, but only during the final weeks before an election.

She has never announced an endorsement of her own. In 2018, she and the ex-president jointly endorsed nearly 100 Democratic candidates in federal and state races.

“The general election really hasn’t even gotten going yet,” said Valerie Jarrett, a longtime friend and adviser to Mrs. Obama, suggesting that it’s too early for talk about her possible endorsement.

Jarrett said her friend’s focus right now is on When We All Vote, a nonprofit, nonpartisan organization she co-founded with actor Tom Hanks and other celebrities in 2018 to help increase voter turnout.

After Wisconsin voters had to choose between staying at home or risking their health to vote in this month’s primary, When We All Vote publicly backed expanding vote by mail, early in-person voting and online voter registration to make voting easier and safer.

“Putting people in that position is unacceptable, especially when leaders like us don’t have to do that,” Michelle Obama told more than 21,000 supporters who joined a virtual When We All Vote event Monday night. She and Barack Obama have voted by mail in every election in the past decade, she said.

Over the weekend, she appeared with former first lady Laura Bush during a concert organized to support health care workers and the World Health Organization. And this week, she launched “Mondays with Michelle Obama,” a four-week series in which she reads popular children’s books aloud online.

Michelle Obama continues to work on her education initiatives for girls in developing countries and for U.S. high school seniors.

Biden has committed to putting a woman on the ticket, and some want him to choose a black woman, considering that South Carolina’s largely black electorate helped revive Biden’s campaign in late February.

“There’s no question that her endorsement would carry a lot of weight with voters,” said Finney.

Biden took the speculation a step further during an interview with KDKA-TV in Pittsburgh.

Asked if he’d ask Mrs. Obama to be his running mate if she signaled interest in joining the ticket, Biden said Monday that he’d take her in a “heartbeat.”

“She’s brilliant. She knows the way around. She is a really fine woman,” Biden said.

nextSunburn — The morning read of what’s hot in Florida politics — 4.22.20