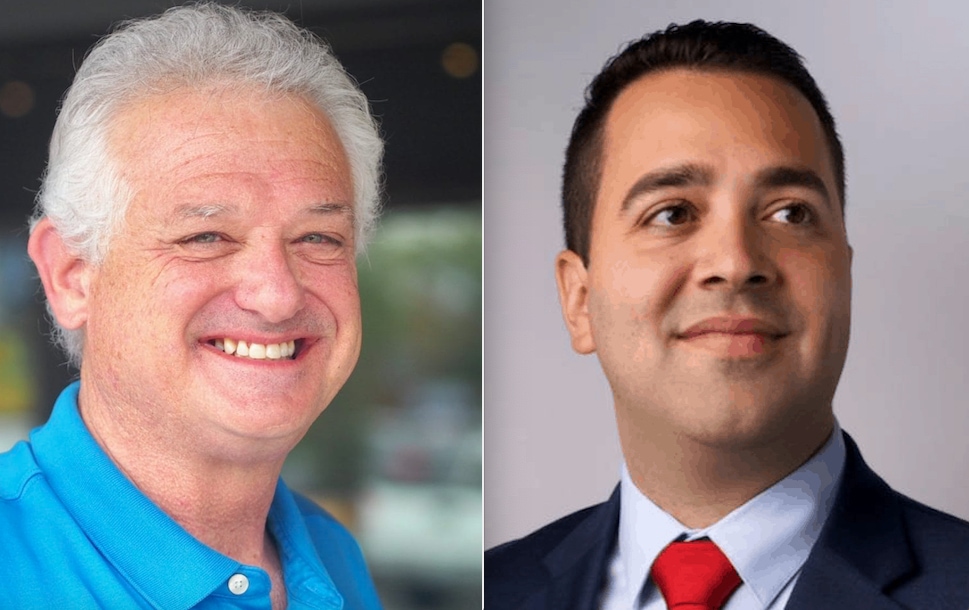 The two candidates are vying to take on Democratic Rep. Stephanie Murphy.

With the exit earlier this week of Chelle DiAngelus and failures of others to qualify for the ballot Friday, the once-crowded Republican primary field vying to take on Democratic Rep. Stephanie Murphy is down to Orlando radiologist Leo Valentin and financier Richard Goble.

Valentin and Goble both qualified for the ballot, as did Murphy and an independent candidate, according to the Florida Division of Elections. They’re all seeking to win representation of Florida’s 7th Congressional District in the November general election.

Murphy, of Winter Park, is the two-term incumbent who rose quickly from a small business woman and college instructor with a background in U.S. Defense Department analysis to topple longtime Republican U.S. Rep. John Mica in the 2016 election. She then easily won reelection in 2018.

Valentin, of Orlando, is a medical doctor who runs a radiology practice in Orlando, with experience in hospital management. He has been the leading campaign fundraiser among Republicans. Including personal loans he made to his campaign, Valentin raised about $87,000 in the first quarter of 2020 and $342,000 in the overall campaign.

Goble, of Lake Mary, is the founder and principal shareholder of Reliable Mortgages in Longwood. He also had a long career in securities, known in some circles as a gadfly, including running afoul of the Securities and Exchange Commission. He has pledged to largely self-fund his campaign.

CD 7 covers Seminole County and northern and central Orange County, including downtown Orlando, some affluent suburbs, some affluent urban neighborhoods, and the University of Central Florida. It is a purple district in which Democrats have a narrow 1 point advantage in voter registration.

Murphy escaped the prospect of having to win a Democratic primary. Neither of two Democrats who had opened up campaign accounts in CD 7,  Sandra Henry of Lake Mary nor Pedro Figueiredo of Longwood, qualified for the ballot.

At various times nine different Republicans had been in the CD 7 candidate field.

One of the apparent leaders this winter, based on political supporters lining up to help, was DiAngelus, a health care executive from Longwood. But she announced earlier this week that she was withdrawing because of the coronavirus crisis, and the tremendous impact she has seen it have on many people, including family, friends, and colleagues in the health care profession.

“I cannot in good conscience wage a costly campaign on the backs of generous supporters and willing neighbors whose next season is uncertain in a world where our citizens and economy have not had the opportunity yet to recover and rebuild,” she declared.

Two other candidates who had at various times looked like potentially significant candidates, Orlando businessman Yukong Zhao and DeBary City Commissioner Steve Bacon,  did not qualify for the ballot, though Zhao said he had mailed in his qualifying paperwork.

Winter Park lawyer Vennia Francois transferred her candidacy to neighboring Florida’s 10th Congressional District, where she qualified and will run in a two-person Republican primary. Three others who had filed to run in CD 7, Mike Thibodeau, Armani Salado, and Thomas Delia dropped out.