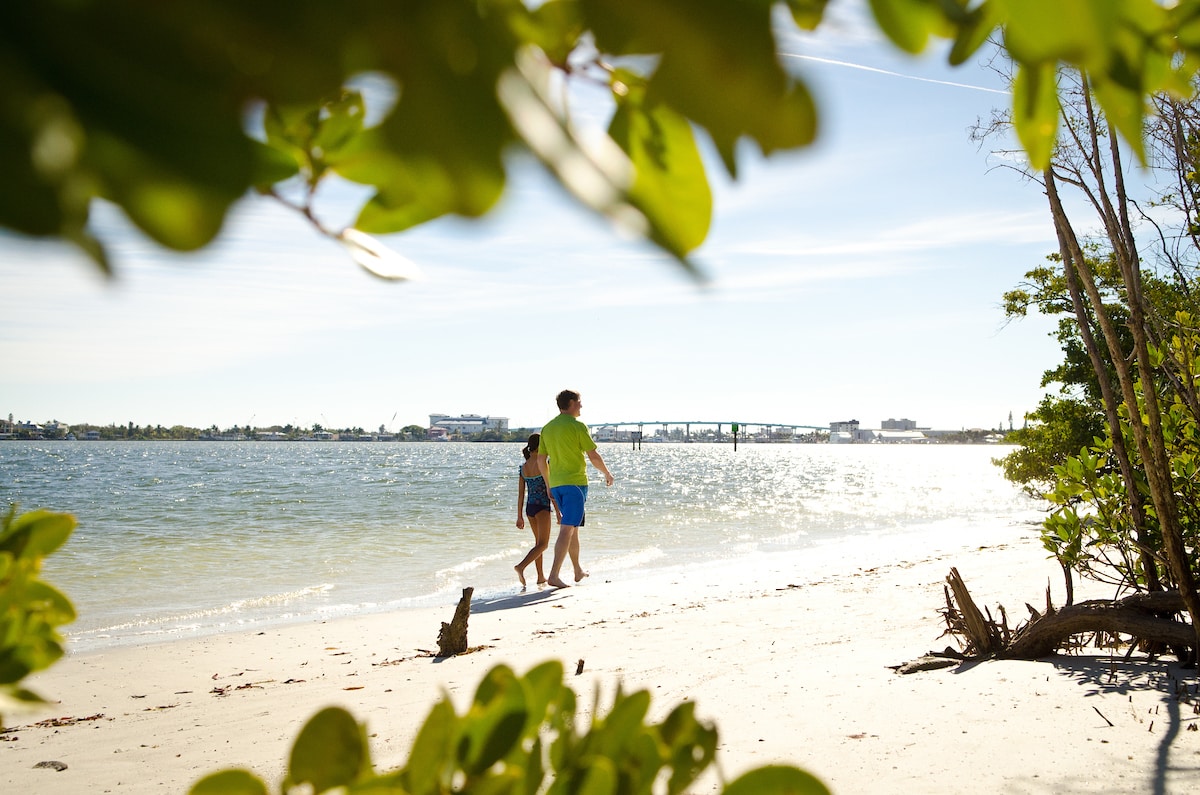 It's the largest jurisdiction yet to left all pandemic-related restrictions on access.

Shortly after the Lee decision, Collier County announced it will open its beaches on Thursday.

Lee County, with a population greater than 770,000 people, will become the Florida jurisdiction with the largest population to completely reopen its beaches. An increasing number of coastal communities have started to allow activity on beaches.

Charlotte and Sarasota counties to the north on Monday started to allow walking and physical activity on the beaches. But lounging is still restricted, and parking lots are not yet open.

But officials say Lee’s beaches will open as normal, though law enforcement and county park staff will be out in force to enforce social distancing measures.

The Lee County board at an emergency meeting on Tuesday voted to reopen access points at beaches at all county parks, which return to regular hours. For the beaches, that means sunrise to sunset.

County Commissioner Cecil Pendergrass now questions if beaches ever should have been closed in the first place.

“I was uncomfortable about it,” he said. “I have trouble telling people how to keep their hygiene and telling them where they can and cannot go.” He questions if restricting access to public lands is even constitutional.

But beaches were closed at the height of spring break, when officials at Lee County had models showing allowing the spread of the coronavirus would overwhelm hospitals with COVID-19 patients.

Collier County Commissioners closed beaches after Lee County and the City of Naples did so. That resulted in a flood of beach-goers concentrated on the county facilities, and prompted county leaders ever since to stress the need for regional action to be more uniform.

Within hours of Lee County voting on re-opening beaches, Collier County Commissioners voted 3-2 to do the same, the Naples Daily News reports.

Dissenting votes on the board voiced fears Southwest Florida will see a disproportionate number of visitors, as South Florida’s beaches remain closed to the public. Collier County shares a border with Miami-Dade and Broward counties, the two most infected counties in Florida. It’s a quick run across Alligator Alley for those upset they can’t visit a beach in Pompano but who still want to bask in the sun.

“I spoke to two medical professionals over last 24 hours and one asked: ‘Why would you want to create an attraction for a hot spot when your beaches are open and others are closed?’” said Collier County Commissioner Penny Taylor, who voted against reopening.

The local moves come as Gov. Ron DeSantis, who issued a stay-at-home order statewide that expires on Thursday, has projected increasing bullishness about a reopening of the state economy.

Lee County never approved a local stay-at-home order but did pass a resolution in support of the Governor’s resolution. Collier also elected not put a local order in place.

Neither Lee nor Collier have seen outbreaks like those experienced in South Florida counties Miami-Dade, Broward and Palm Beach.

But Lee is not that far behind, with 990 who have tested positive for COVID-19, according to the most recent data from the Department of Health. That ranks the county seventh out of 67 counties in number of cases.

The county also has experienced 40 deaths, including three announced this morning while the commission met. Only four counties have experienced a higher number of deaths.

Collier County has seen 568 positive tests for COVID-19 and 16 deaths.

Sanibel has signaled it will follow the county lead, but Fort Myers Beach officials already opened their beaches, but with limited uses and a requirement visitors wear face masks. The City of Naples beaches are still closed as well.