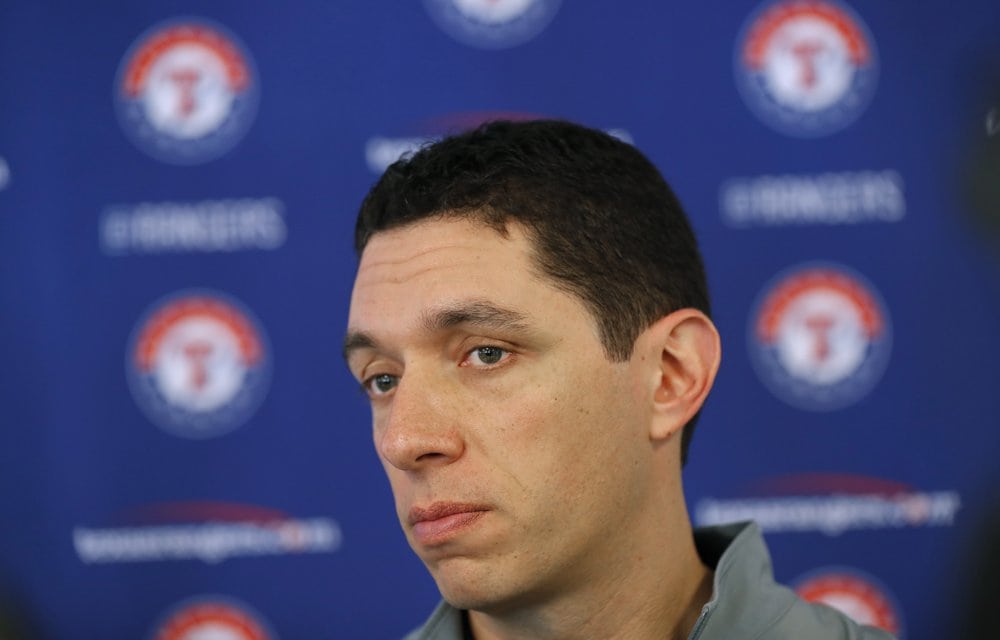 It's not the logistics of the draft itself that has teams worried.

The Detroit Tigers can feel certain about one thing: They have the No. 1 pick in the draft.

What that Major League Baseball draft will look like, when and where it will take place and how the selections will be made still isn’t clear.

“It’s going to present different challenges, probably,” said Scott Pleis, Detroit’s director of amateur scouting. “It’s just going to be different. It’s not going to affect the outcome, it’ll just be a different way of coming to that outcome.”

The NFL experienced that last week because of the coronavirus pandemic, conducting a remote draft with video screens, Zoom chats and other tech innovations that made the event popular with fans.

Normally, the college baseball season would be in full swing right now, giving major league teams a chance to monitor top prospects in the weeks leading up to the draft. But with college and high school games shelved because of the virus outbreak, front offices can only do so much in what is clearly an abnormal year.

“The challenges have been that they stopped playing baseball about six weeks into the spring season,” Washington Nationals general manager Mike Rizzo said. “So that’s been the biggest hurdle that we had to face. Fortunately, we dive into this draft thing very, very seriously. We got a lot done early on, especially the higher-round type of premier prospects. We have a really good feel of what’s out there in the country.”

Last month’s deal between MLB and the players’ union paved the way for changes to the draft, which was set to be held June 10-12 in Omaha, Nebraska, in conjunction with the College World Series.

If the draft were shortened all the way to five rounds, that would be no small thing. From 2006-2010 — a five-year sample of players who have had plenty of time to contribute — the first five rounds of the draft produced a total of 2,203.5 wins above replacement, according to figures from Baseball-Reference.com. Rounds 6-40 produced 961.9 WAR (players who were drafted but didn’t sign aren’t included in those totals).

Although the bulk of the value is clearly concentrated in the first few rounds, players taken in the sixth round or later can and do go on to productive big league careers — two-time NL Cy Young Award winner Jacob deGrom notably was a ninth-round pick by the Mets in 2010.

This year, the market of undrafted players could be crucial.

College programs could reap the benefits of both a shortened draft and the cap on signing bonuses for undrafted players. There may be less incentive for prospects to leave school with eligibility remaining.

The uncertainty about the minor league season this year — and even the college season next year — could also make for some tricky decisions.

Will there be a place to play whether a prospect decides to go or stay?

“I think there’s a host of information that you’d want to know, and then that’s really where I think the clubs can differentiate themselves,” Texas Rangers GM Jon Daniels said.

“To tell a scout he’s got to spend Friday night at home in March, April and May, that’s just something we’re not accustomed to,” he said. “We are spending a ton of time on the phone communicating, whether it’s through phone calls or texts.”

Pleis said his team has plenty of video it can use to evaluate players. The obvious problem is that some prospects could have taken a step forward or backward this year. Now they don’t have the chance to show that.

It’s an issue particularly for high school players whose bodies can change significantly from one season to the next.

“It’s tough on those guys, because we need to see them more. We have way more information on the college players,” Pleis said.

The logistics of the draft itself are probably less of a concern. The NFL just completed its remote draft without much difficulty, and the baseball draft was a less ostentatious production to begin with.

It’s just a question of whether teams can make informed decisions.

“We would, of course, love to have infinite time to scout and evaluate and get to know these guys,” Farrell said. “But that’s just not the case this year and we’ll make do with what we have at the moment.”

nextLast Call for 4.28.20 — A prime-time read of what’s going down in Florida politics