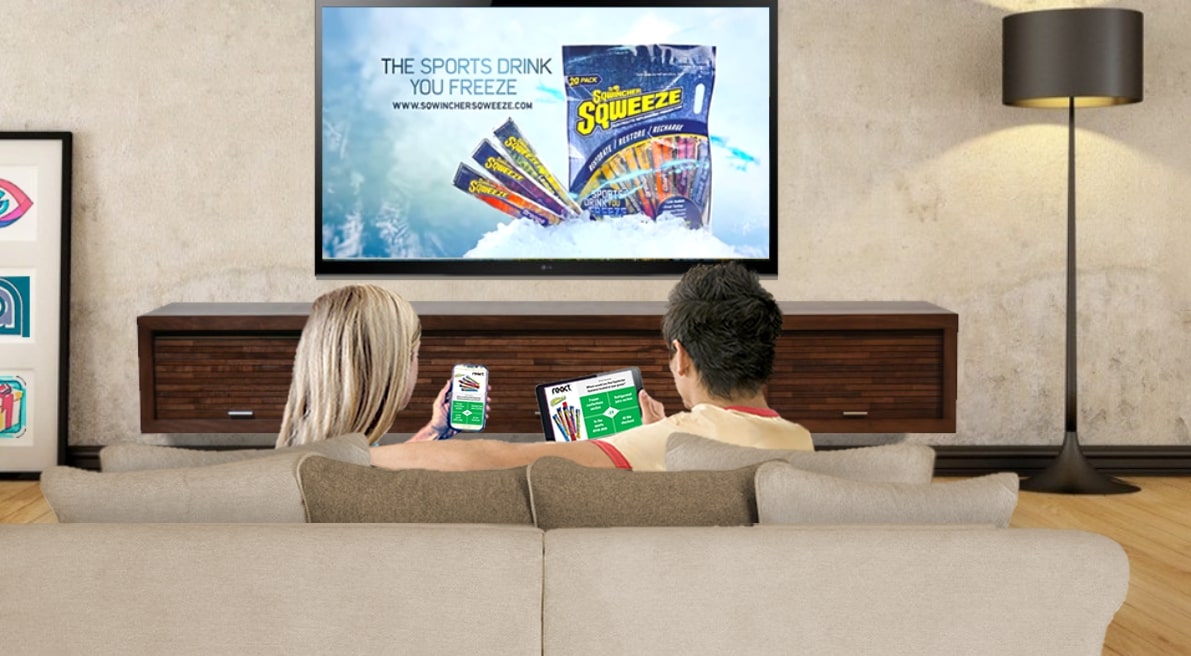 React, the Tampa-based company behind Super Squares, has made a couple more big-league hires.

Sabean’s career includes stints at some of the best-known radio stations in the country. The crown jewels on his resume include helping Howard Stern build his brand from a two-station curiosity into a satellite radio empire.

He also helped lead the build out of the Philadelphia Eagles Radio Network for CBS Sports Radio, giving him some valuable knowledge pertinent to React’s core product, Super Squares.

The iOS and Android app is a modern take on “football squares” — players check in before a game and make predictions, answer questions about ads and the game at regular intervals, and earn new super squares. Players can score points and win prizes. Advertisers, meanwhile, can engage fanbases.

“I remember first hearing about the big idea behind React in 2018 — the idea that advertising could be gamified and adrenalized, to make the media model attractive to audiences. It was like an explosion in my mind; it made me realize that for my whole career, I’ve ignored the commercial breaks — and that’s the revenue stream,” Sabean said.

“Super Squares proves that React thinks of advertising as a sport, and fans will eat it up — it’s exciting, disruptive and revolutionary. No other media company has even come close to figuring this out yet!”

Sabean will also work with React Commissioner of Sports Matt Birk to put the finishing touches on Project Splice, a secretive new form of reality sports entertainment that Birk hints “…will do for sports culture and real-time viewing, what hits like Survivor and American Idol did for prime-time TV twenty years ago.”

React CEO Frank Maggio also teased the new project, likening it to “the ‘Legend of Leagues,’ borrowing from eSports to some degree, but built entirely on classic epic rivalries between teams and players across all pro sports.”

Maggio said Sabean’s expertise will give the operation “an almost unfair advantage over other media companies.”

“In these very competitive and challenging times, we will continue to add remarkable team members, and focus on connecting fans to brands in real time. Matt Birk and Tim Sabean demonstrate our commitment to winners and winning, and the brands, networks and leagues that partner with React and our fans will win, too.”

This week, React also announced it had brought on Rick Brace to chair its Inaugural Advisory Board.

The former President of Rogers Media has decades of experience in the sports broadcasting industry. He got his start as a technician at CBC, Canada’s public broadcaster, and worked his way up the ladder, serving as a director, producer and executive producer at CBC Sports.

He switched over to TSN — the equivalent of ESPN north of the border — moving into management and becoming the head of programming and production and then president of the network, which included TSN and its French sister station RDS.

By the time he took over as Rogers Media President in 2015, Brace was overseeing broadcast TV, 56 radio stations and 50 print publications.

“It’s really exciting to have Rick Brace on the team; the synergies are electric.  In fact, as we began finalizing Rick’s Advisory Board role, it occurred to us both that pandemics aren’t the only events that cause stoppages in play,” Maggio said.

“In fact, every league has an off-season that sees them lose significant fan interest, often for many months, when each league’s live games come to an end.  While Super Squares will be able to create excitement around real time viewing of live and replay games, now and in off-season, the Splice initiative creates a very exciting form of real time sports entertainment that’s never been seen before.”

Brace added, “…in this rapidly changing media environment, where competition for audiences and advertising has never been so fierce, the team at React is poised to deliver a compelling and novel approach to immerse fans of all types of sports.  The solution takes advantage of emerging platforms and new ways of watching sports. I am honored to serve as an advisor to this innovative team.”