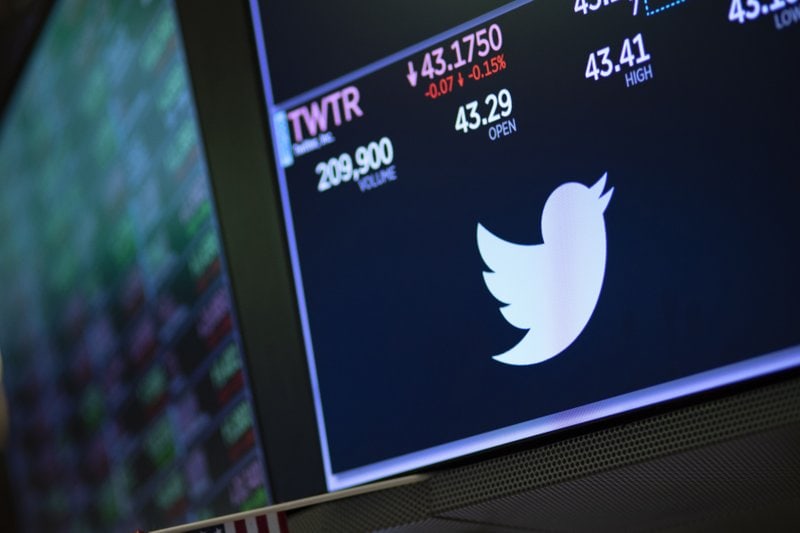 A slump in advertising revenue is hurting the social media company more than some of its rivals.

Twitter’s stock tumbled Thursday after the company failed to show that it’s weathering the pandemic-borne digital advertising slump the same way its bigger rivals Facebook and Google are.

The San Francisco-based social company’s higher expenses outweighed its revenue growth in the first three months of the year, leading to a loss of $8.4 million.

And when asked during a conference call how April looked in terms of revenue, executives pointed back to the second half of March — when advertising declined.

That period is “the best time frame to look at if you want to think about what it’s been like for us,” Twitter’s Chief Financial Officer Ned Segal said.

Facebook, in contrast, said on Wednesday that after a March decline, it saw “signs of stability” in the first three weeks of April. And it said ad revenue during that period has been flat compared with the year-ago period.

All three companies are seeing an increase in usage, since the virus outbreak has forced people to stay at home. Twitter reported that average daily users grew 24% year over year, the highest growth rate in the company’s history.

Twitter has added 14 million daily users since the previous quarter. The company said growth was driven by seasonal strength, product improvements and interest in coronavirus.

Last year, Twitter started disclosing its daily user base, or the number of users who log in at least once a day and see ads on the platform. The daily metric has replaced its monthly user count, which Twitter said it will no longer disclose. Other companies, such as Facebook, give both daily and monthly counts.

On average analysts surveyed by FactSet forecast quarterly earnings per share of 10 cents on revenue of $783 million.