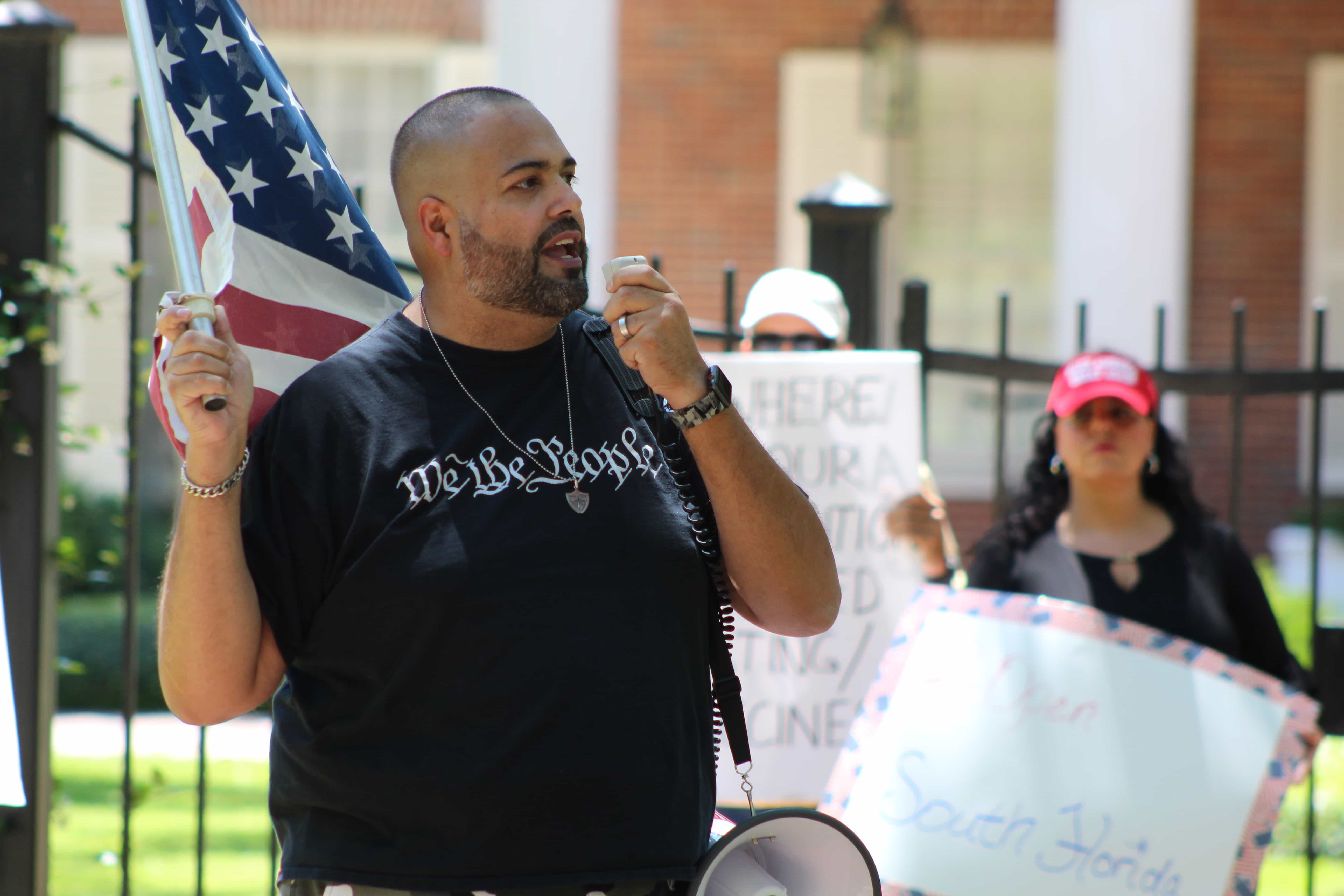 Data shows the state is ready to reopen, they said.

The state may be starting Phase One of the state’s economic reopening next week, but protesters at the Governor’s Mansion Saturday believed that plan does too little to put Floridians back to work.

Gov. Ron DeSantis‘ order will allow restaurant dining rooms and retail storefronts to open at 25% capacity beginning Monday. But the pack of mostly fellow Republicans weren’t satisfied with his plan to recover from COVID-19.

“The Governor stood before all of Florida and said that there was sufficient evidence — ample data, in fact — to support the reopening of Florida and that our greatest, greatest threat was not coronavirus but fear,” said Abraham López, founder of Make America Work Again.

MAWA describes itself as a grassroots organization calling for the gradual reopening of the economy in non-hotbed zones of the country. But with the state in an apparent recovery, Phase One keeps up the violation of Floridians’ constitutional rights, López said.

“There’s no longer a grave and imminent public threat. We lauded and praised his plan to protect the vulnerable.”

His organization and The Republican National Hispanic Assembly of Florida, led Saturday by state chair Santiago Avila, sent 15 people to Tallahassee to seek an audience with the Governor.

Friday night, the Governor’s Office announced he would hold a press conference Saturday afternoon with Mayor Jerry Demings at an Orlando hair salon. The group split their team, already with people from all over the state, to also stake out that event.

“We want Gov. Ron DeSantis today, we want the First Family as they lay in bed in this house tonight, when he comes back from his black market haircut in Orlando with Mayor Demings, we want you to think about all the lives that are being affected by these draconian policies — these draconian policies that are injuring folks physically, emotionally, spiritually,” Avila said.

DeSantis has too used the phrase “draconian policies” to call out other states lockdown policies and strict enforcement of those rules. But the Governor Saturday was the one being compared to a tyrant who made Dr. Anthony Fauci, director of the National Institute of Allergy and Infectious Diseases, look like a radical.

Florida was one of the last states to issue some form of lockdown, though South Dakota never did, and is among the cohort of earliest states to scale back their orders. But López said Florida’s next step is the “slowest, weakest reopen phase one” of states that have announced their reopening plans.

The protesters encouraged the Governor, despite possibly eyeing a future presidential bid, to stick to his values as a constitutional conservative and allow a politically unpopular complete reopening.

Mike Pettit, a catering company operator who drove seven hours from Boca Raton, said he never thought he would protest against a Republican governor. Others said they voted for DeSantis in 2018 but won’t when he runs for reelection.

Palm Beach County — along with Broward and Maimi-Dade counties, all deemed COVID-19 hot spots — will not begin opening up Monday with the rest of the state.

Businesses and houses of worship should disobey the order and force a reopening, putting the onus on business and religious leaders to keep their businesses safe, the group suggested. Closed businesses have put hundreds of thousands, maybe millions, of Floridians out of work.

During the pandemic, López lost his own job in public relations for a theme park he would not disclose. Despite trying to find work in case he’s not hired back, “there’s not a lot of public relating going on right now.”

One protester noted the Governor, his staff and state leaders are still getting checks.

“If you really think this is serious, put your money where your mouth is, Ron DeSantis, and donate your money to the hundreds of thousands of Florida’s unemployed,” López said, inviting others in state government to do the same.

previousBack in session: Senate risks a return but House stays away