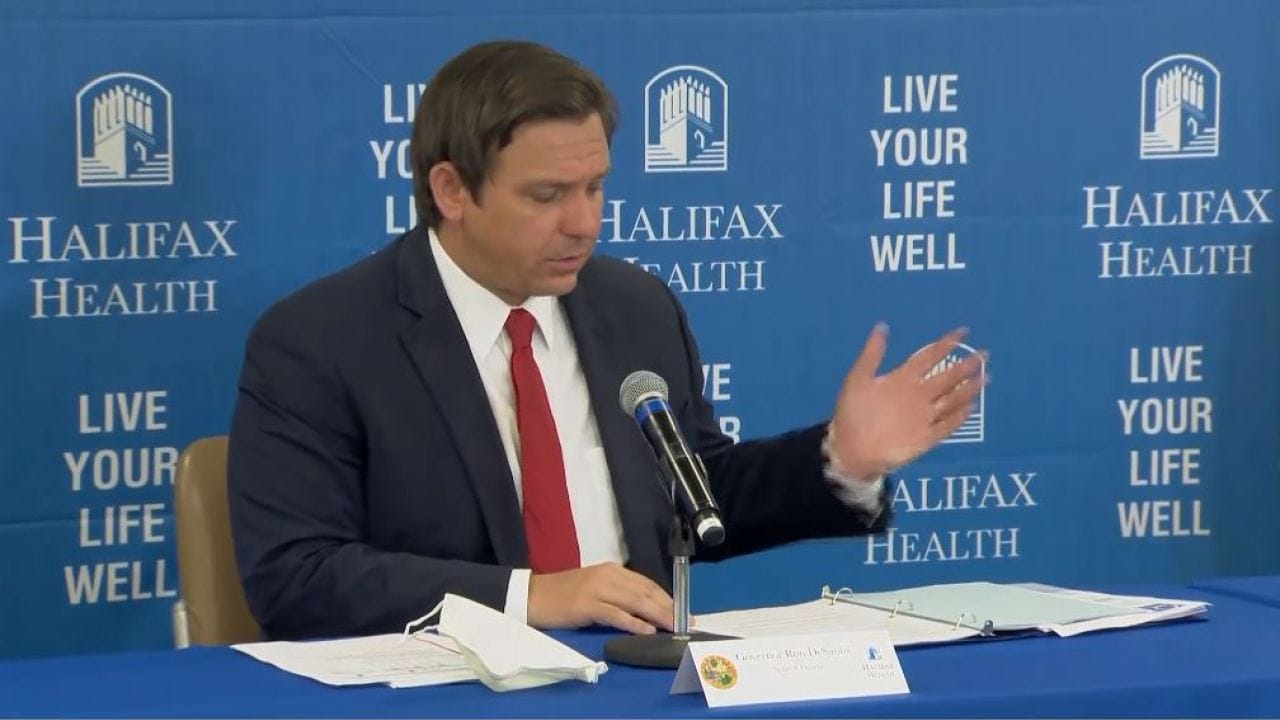 The Governor appears to remain sensitive to possible media criticism.

As Florida’s COVID-19 outbreak continues to ease throughout much of the state and Gov. Ron DeSantis begins his first “baby steps” to reopening the economy, the Governor continues to be concerned that people misinterpret positive test numbers to find fault with what he is doing.

If there is a new outbreak in the fall, Florida and the country will be better prepared, so don’t get too worried about that now, he pleaded.

“I think the trend, certainly on the syndromic indicators, has been very positive statewide,” DeSantis said.

Last week DeSantis rolled out Phase One of his plan to begin reopening Florida’s economy with what he called “baby steps,” a plan that was largely viewed as a cautious effort and even praised by some Democrats who had been urging the Governor to be extra careful.

Yet as he did so, the Governor began with a tirade against the media and others for being critical of him, for focusing on bad news, and reporting on worse scenarios than Florida experienced. Some of the frustration he expressed appeared to be in anticipation of reaction to his plan, a reaction that turned out pretty favorable.

On Sunday, on the eve of his Phase One, which includes limited openings of restaurants and retail businesses and resumptions of elective surgeries by hospitals, among other initiatives, he again took to defending against anticipated bad news reports that he predicted in advance as being misleading.

DeSantis pointed to his directives to loosen the requirements for who can be tested for the new coronavirus, so that people no longer even need to have symptoms to qualify for a test.

“That will allow us to identify infected people who are at very low risk for hospitalization or fatalities. But that’s a good thing that we know that, because that could be somebody that could spread it to one of the vulnerable populations. So, we’re going to identify more cases as we go along,” DeSantis said,

“I can already tell people that’s probably going to be spun in the media as, ‘Oh, my gosh! Florida just had, you know, like the other day, they had 995 new Florida cases on 4/30. Yeah, we tested 21,000 people that day, and the percent positive was 5%,” he said. “So we’re really going to be looking at that percent positive, making sure that’s under 10%.”

Volusia County, where he spoke, was offered as an example, Because the county is home to Tomoka Correctional Institution, case numbers spiked a couple of times in recent weeks, according to reports that were compiled and released by the prison.

He said the prison outbreaks and infections of inmates in staff are an obvious issue, but separate issue from community spread.

He noted Volusia’s daily counts of new cases were running 10 or fewer most days, spiking to 46 on Thursday, due to a report from the prison.

“Other than the prison positives, I don’t think Volusia has been over 3% [positive test rate] in about 10-12 days. So that’s a really good sign,” he said.

previousRestaurants scramble to re-open in most of Florida

nextJoanna Rodriguez: In memory of my brother, join me to mark Cystic Fibrosis Awareness Month