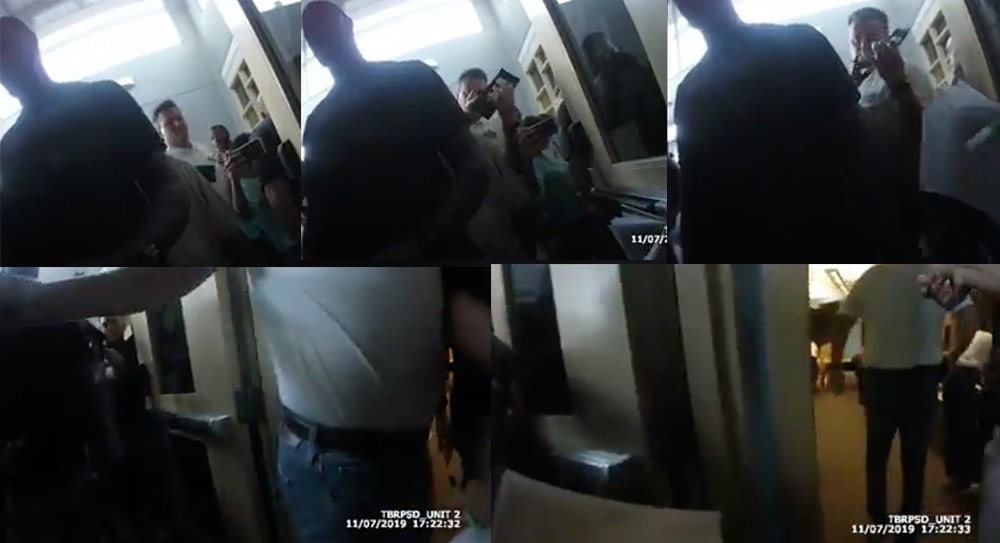 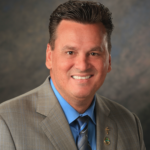 The Florida Department of Law Enforcement is considering investigating an Osceola County Commissioner who is running for the Florida House of Representatives who was involved in a raucous homeowners association meeting that led to the arrest of a  security guard.

The security guard, Ailyn DePena, 36, of Orlando, has since been cleared of all charges, including battery and resisting arrest.

Body camera video from DePena’s camera shows, at one point, Hawkins pushing through a crowd, raising a badge, identifying himself as a sheriff, and telling DePena she is about to get arrested.

The Osceola County Sheriff’s Office declined to comment on the investigation.

“This incident has been forwarded to FDLE for a potential investigation, any additional information should be requested from that agency at this time,” OCSO Maj. Jacob M. Ruiz responded in a statement.

FDLE confirmed it received the referral and is reviewing it while indicating the agency has not yet decided whether to open an investigation.

Hawkins is the leading Republican candidate in the contest for an open seat in House District 42 covering part of east Polk County and much of Osceola County except for most of the city of Kissimmee and parts of northwestern Osceola. Voter registrations suggest HD42 is a swing district. Republican Rep. Mike La Rosa is leaving office because of term limits.

“I am a Special Deputy with the Osceola Sheriffs’ office. I was there to observe the election process. The Sheriff’s office, I believe, put it in the original report, and I am told will release a statement later today verifying,” Hawkins wrote in an email to Florida Politics.

The Sheriff’s Office defines a Special Deputy as “a volunteer, who is a civilian representative of the community who is appointed consistent with FSS 70.045, and able to assist the Sheriff in preserving law and order.”

“The security guard was told not to restrict entry into the building and not to put her hands on anyone. I observed her doing that after she was told by a deputy there not to. I simply was trying to get into the building to tell him that things were not going as he directed,” Hawkins responded in a followup question about his duties.

His campaign said Hawkins was not aware of an FDLE review.

“Mr. Hawkins was acting within the bounds of a special deputy and there on the Sheriff’s behalf to help preserve law and order,” the campaign said.

As shown in DePena’s bodycam video, posted this week on Facebook, she was attempting to restrict access through a doorway into the school library where the HOA election was being conducted. Earlier, a deputy sheriff had passed her and entered the library.

DePena and another representative of the HOA had repeatedly announced in the lobby people would be allowed into the library to vote one at a time, and they needed to show her ID to prove they were members of the HOA before she could permit them to pass. Many in the crowd appeared angry that she was blocking their way, and there was considerable shouting.

There were at least three law enforcement officers at the scene, an Osceola deputy in the parking lot, and a Florida Highway Patrol Trooper, seen in uniform in some of the video footage. The Osceola County Sheriff’s Office incident report states the trooper had been hired to perform security. The trooper did not appear to play any role in the events, either as described in the incident report, or as depicted in the video.

In the video, Hawkins can be seen making his way through the crowd toward DePena, holding a badge in the air.

In bodycam audio, DePena can clearly be heard telling him, “Step back, sir.”

Hawkins replies, “I’m a Sheriff. I’m with the Sheriff’s Office.”

She repeats, “Step back, sir.”

Hawkins then again says he’s “with the Sheriff’s Office” and, after she again asks him to “step back,” tells her she is. “about to get arrested.”

As DePena again says, “Sir, step back, step back, sir,” Hawkins makes his way past her, with some apparent jostling. The bodycam does not appear to capture any images of a specific contact, just a jolt.

Hawkins later alleged the jostling was DePena shoving him.

He filed a battery charge against her because of it.

DePena later contended that the jostling was Hawkins shoving his way past her to get through the doorway into the library.

In the next instant, she turns, and the bodycam video shows Hawkins entering the library.

A moment later on camera, a deputy sheriff behind DePena grabs her wrist. The deputy is unseen in her video, except for his hand around her wrist. That deputy then leads her, by the wrist, through the crowd to the parking lot, where he and another deputy place her under arrest.

As she was advised she was under arrest for battery, DePena said, according to her bodycam video, “I’m not battering anybody.” One of the deputies then informs her, “you are resisting an officer.” She replied, “No, I’m not, sir.”

On March 24, Florida’s 9th Judicial Circuit State Attorney Aramis Ayala dropped all the charges against DePena, informing the court, “this case is not suitable for prosecution.”

On Sunday, another person posted about 20 minutes of DePena’s bodycam video along with a Facebook statement from DePena on an anti-Fred Hawkins political page.

“I am a single mother of two kids. I have always been a law-abiding citizen, and those that know me personally know I am 100% pro-law enforcement. The past six months have been a nightmare for me,” DePena wrote. “Because of Fred Hawkins Jr., and these individuals who wrote false statements against me, I was potentially facing eight years in prison.”

The Turnberry Reserve HOA also posted a copy of the video Sunday.

“The evidence clearly shows all witness statements filed against Ofc De Pena by Osceola County Commissioner Fred Hawkins Jr [and others] … to be false,” the group wrote.

Hawkins’ campaign offered statements in the Osceola County Sheriff’s Office incident report to refute the charges that he had made false claims against her.

previousYou can stay at a hotel, but not a short-term vacation rental and that's absolutely ridiculous