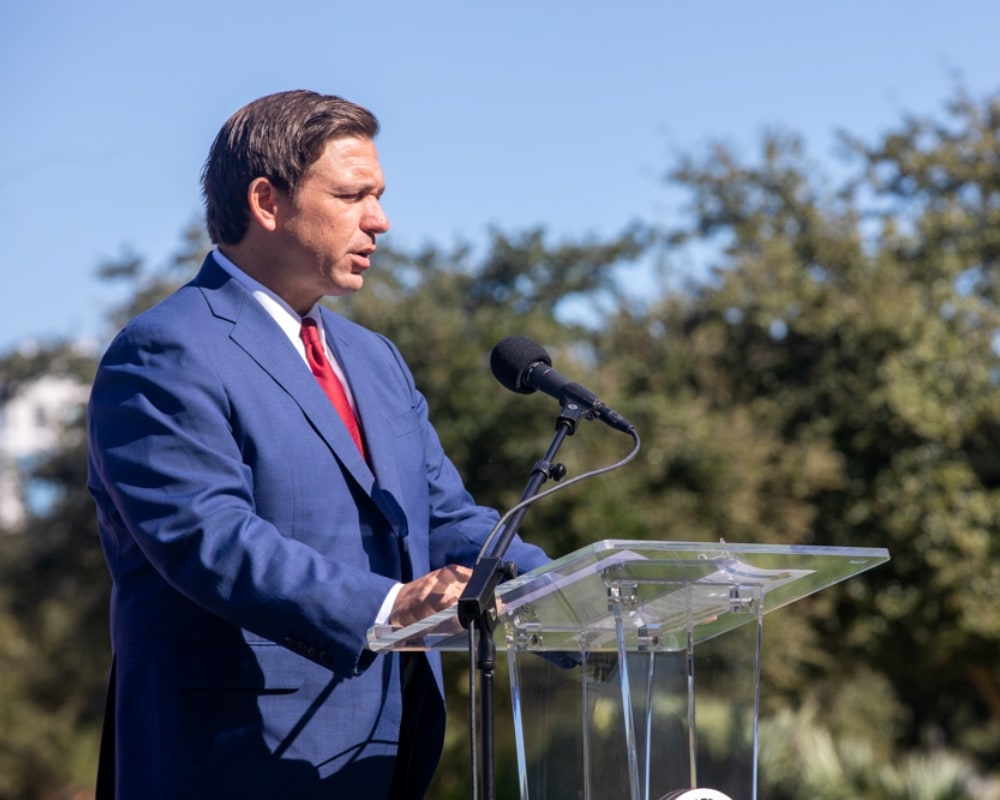 Gov. Ron DeSantis interacts with the Jacksonville press corps almost as much as he sees Sean Hannity and he uses both as sounding boards for similar messages.

Friday morning’s press conference offered DeSantis yet another opportunity to rage against the media for a “drive-by smear” of Duval County made weeks ago.

After Duval County opened beaches for limited purposes, DeSantis has gone out of his way to defend Duval against the slings and arrows of a press corps he has seen as sensationalistic throughout the coronacrisis, with Friday being the latest.

As if he were on a FOX News primetime program, the Governor railed against “the Acela Corridor media” from up north, denigrating its “doom and gloom” scenarios for Duval County.

“All those people were wrong,” DeSantis said, not remotely for the first time. “They smeared Florida unjustifiably and now they want us to pretend we don’t remember what they did.”

“Follow facts over narrative,” DeSantis said, presumably to the local TV reporters. “You’ll be better off.”

The Governor noted that even after beaches were opened, local hospitalizations related to coronavirus were down 30%, ventilator usage down 47%, and ICU usage down 60%.

DeSantis had lauded the local press before for offering counterpoint to national stories on the beach reopening, both in person and to media outside of Duval.

“Local media in Northeast Florida did a great job,” DeSantis said earlier this week, before suggesting that they then said “the chance of you getting it [at the beach] is lower than at Costco.”

Those comments came during a Monday evening press conference in Tallahassee, a forum he used to shame out-of-state media.

DeSantis called on the national media to convey “apologies” to the city of Jacksonville, “attention: Mayor Curry,” as well as to the Mayor of the beaches.

“I won’t hold my breath on that happening,” he quipped.

Thus far, those apologies have not been extended.

The Governor began a vociferous defense of Duval shortly after the #FloridaMorons hashtag trended on Twitter after the beach openings.

“For those who would say you’re morons,” DeSantis said last month, “I’d take you any day of the week and twice on Sunday.”

He has both on Twitter and interviews bemoaned a media “spasm” about the beach openings, employing Donald Trump-style tactics to go over the heads of the press and directly talk to his base.

Like Trump, though, he needs the platform of the media to pull that off.