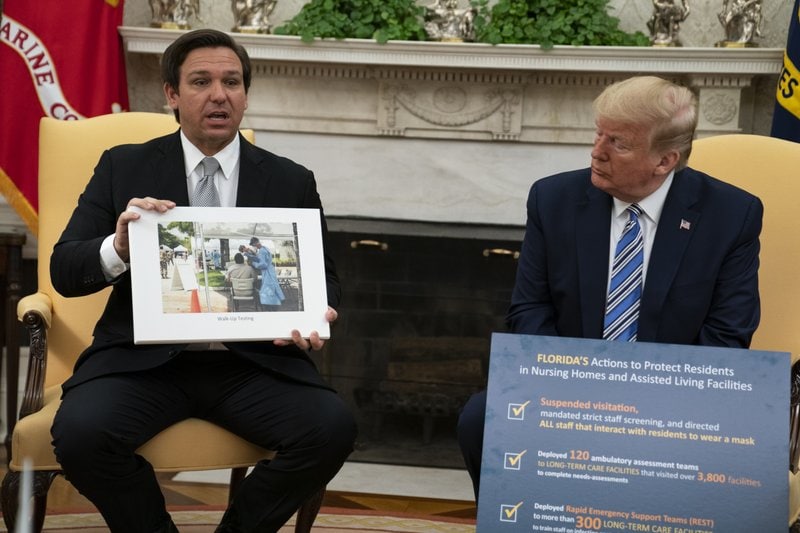 Ron DeSantis wants the onus on COVID-19 testing to fall on the airlines.

Gov. Ron DeSantis‘ office is drafting a plan that he will send to President Donald Trump to protect Florida from international travelers possibly reseeding the state with COVID-19

Late last month, the Governor stopped by the White House ahead of announcing the first phase of his reopening plan. There, he made the case for the federal government to restrict travel from Brazil and to require that airlines test travelers for COVID-19 before they board.

“You look at a Brazil or some of these places in South America, if they have the epidemic on the upswing there and people are coming into Florida, they could be introducing that,” DeSantis said at a West Palm Beach press conference Friday.

One of the state’s top priorities under the Governor’s reopening plan is limiting the novel coronavirus’ introduction from out of state. The Governor’s plan would address international flights, particularly those entering South Florida.

“That should not be a risk that is placed on Floridians,” DeSantis said. “That’s something that the airlines need to work out on the front end, so we’re working on how that would make sense.”

During their April meeting, Trump seemed on board with the plan, indicating a process was already in development.

As for cutting off international travel from Brazil or elsewhere, Trump said he was talking with DeSantis and would make a decision in the coming days. But the President has yet to make such an announcement.

During the Oval Office press availability last month, the President at times sounded deferential to the Governor. He asked DeSantis to report travel-restriction needs Florida may have.

“Would you ever want to ban certain countries?” Trump asked DeSantis.

“If they were seeding the United States, I think you should ban them,” the Governor responded.

Increased access to rapid COVID-19 tests that can return results in as little as five minutes, others in 45, open the door for airlines to test patients. Some are already requiring masks and gloves.

Before issuing the recently lifted stay-at-home order, DeSantis ordered plane travelers from the New York area and Louisiana to self-isolate for 14 days upon entering the state. Most of the state’s early COVID-19 cases were travel-related, often tied to New York, rather than community spread.

As of Friday, the state has screened 40,000 to 50,000 people coming from hot spots such as New York City and New Orleans. Those screenings include drivers added to the restrictions in subsequent order allowing the Florida Highway Patrol to set up highway checkpoints.

DeSantis has said the orders successfully deterred travelers from coming to the state.

nextFeeling your pain? Virus reaches into the lives of Congress