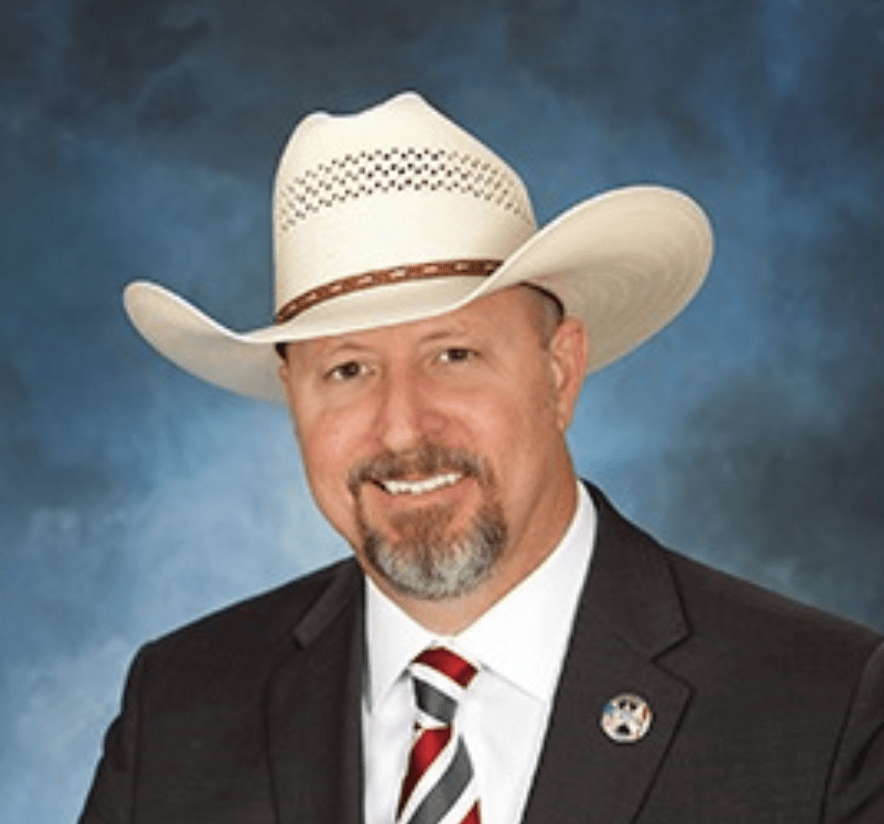 Brian Boswell was disciplined as a detective, but is suing the agency over allegations.

A Hillsborough County Sheriff’s detective filed earlier this month to run against incumbent Sheriff Chad Chronister, setting up what could be a contentious primary.

Brian Boswell served 25 years with HCSO, but was forced out of his position after disciplinary action dating back to 2014 triggered a demotion, reduction in pay, suspensions and, ultimately, his job.

Those blemishes portend a potentially bloody battle in the Republican primary that pits a disgruntled former employee who is currently suing the agency, against its current leader, who faces allegations from some on the right for siding with liberal values and not being a true conservative.

Boswell’s disciplinary record with the Sheriff’s office is complicated.

Several allegations against him were sustained, including noncompliance with a direct order of a superior, conduct unbecoming an officer and discourtesy.

Boswell was reassigned from the agency’s homicide unit to juvenile crimes, a move that resulted in loss of rank and pay.

But he claims his demotion and disciplinary action were retaliation for refusing to remain complacent in a coerced confession on a murder investigation he worked.

The agency claims Boswell failed to comply with orders to record all of his suspect interviews and that in one recorded interview, he stopped the recording abruptly before later resuming it.

Later, the agency alleges he was disrespectful to an assistant state attorney.

Boswell counters all of that in a 137 page federal lawsuit arguing he did comply with orders, only turned the recorder off at the lawful request of the suspect who wished to make an off-the-record comment, and that he was the victim of numerous false allegations and lies, which he claims have since been retracted among his accusers.

Details will likely emerge through attacks from both sides, whether preemptory or in defense of negative campaigning.

Chronister’s campaign has a mountain of public documents to reference, none of which have been overturned through legal proceedings — Boswell’s lawsuit is still pending. The campaign will also likely remind voters Boswell is suing the very agency he seeks to lead.

Boswell was also named in a Brady disclosure, which deems law enforcement officers discreditable for purposes of court testimony.

Meanwhile, Boswell is armed with a lawsuit rife with allegations of mismanagement, cover-ups and actions he claims were “reckless.”

Because of those feckless allegations, Boswell argues, suspects were able to walk free because of his inability to provide credible testimony. That includes a man accused of violently shaking a five-week old infant and leaving the boy in a coma with life threatening injuries.

The lawsuit names former Sheriff David Gee as well as Chronister and a bevy of others.

Boswell’s entrance into the race also sets up a political conundrum for Chronister. Boswell referred to Chronister in an interview with Florida Politics as “a far left radical.”

He opposed Chronister for arresting a church pastor who continued to have in-person gatherings despite warnings he was violating stay-at-home orders and for releasing some inmates from the county jail, moves Democrats appreciated.

Boswell was so disenchanted with Chronister, whether because of a grudge or his political dealings, he initially backed Democrat Gary Pruitt, who has his own negatives to answer for, in the race. Boswell’s wife, Margaret Boswell, donated $620 in-kind to Pruitt’s campaign in January for “signs, banners and supplies,” according to the Hillsborough County Supervisor of Elections campaign finance database.

Boswell said that was before he decided to run.

Asked whether his candidacy was a political strategy aimed at forcing Chronister into a primary in hopes that it would help Pruitt’s chances of success in a general election, a move common in politics, Boswell said that was not the case.

“I’m not going to be dropping out,” he said.

But he said he would support Pruitt in the general election if he is not successful against Chronister in the primary.

Facing criticism from the right could be problematic for Chronister. Primary campaigns tend to tact right or left, depending on party affiliation, and then moderate in the general. But Chronister has already made a name for himself as a moderate Republican uninterested in making his office partisan.

Still, Boswell has a tough road ahead. Chronister has already banked more than $1 million between his campaign account and affiliated political committee, Friends of Chad Chronister.

That funding is buoyed by robust support from Republicans and Democrats, law enforcement groups, and his wife’s wealthy DeBartolo family.

Boswell hasn’t posted any campaign finance data yet because he just entered the race, but it’s unlikely he’ll be able to come anywhere near Chronister’s buying power.

Pruitt, meanwhile, has raised just over $5,000. Retired Tampa police major Ronald McMullen is also running as a Democrat, but Pruitt likely won’t have to worry about him in the primary because McMullen did not change his party affiliation by the state-mandated deadline, disqualifying him from running. He changed his party affiliation from Republican to Democrat this January, nearly six months after the June 8, 2019 deadline to do so.

previousSunburn — The morning read of what’s hot in Florida politics — 5.12.20