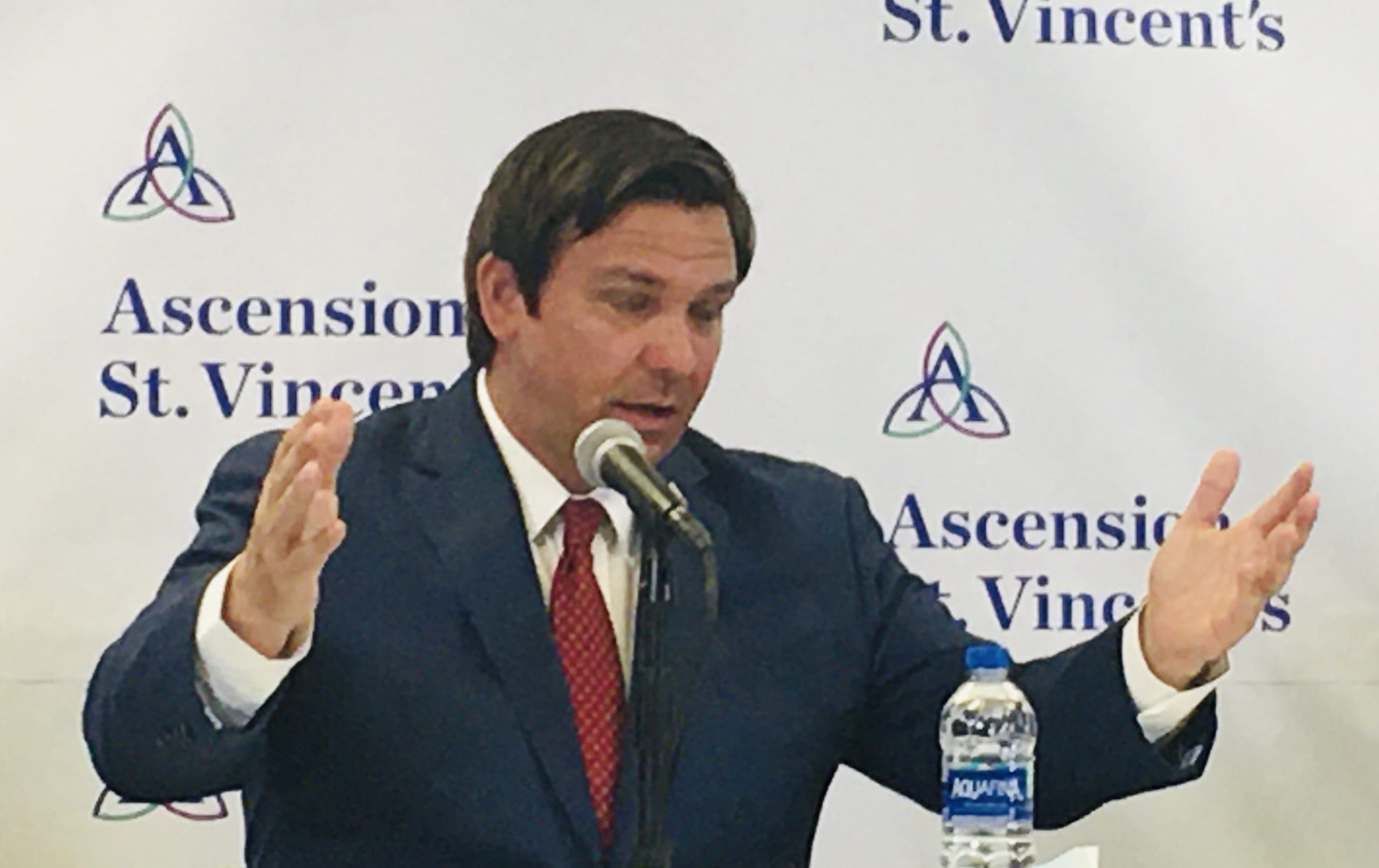 An exasperated DeSantis wanted to change the topic.

Gov. Ron DeSantis brought the good news of reopening Florida to Jacksonville, but unemployment questions could not be avoided.

An exasperated Governor went so far to ask if any reporters actually wanted to talk about the reopening after questions centered on the state’s failed system instead of the latest developments.

“Does anyone have any questions about, kind of, Florida’s reopening?”

DeSantis, who has consistently messaged around improvements to a system he has described as a “jalopy” that was “designed to fail,” mostly hewed to that message in Jacksonville.

“The system broke,” DeSantis said, “and we had to make a decision how to go forward.”

“In fact, the system was so bad it basically needed to be redesigned,” the Governor said, adding that in the last three weeks, nearly $1.5 billion has gone out.

“People are getting paid. I know it wasn’t an easy situation, but I think given the hand we were dealt, we made the decisions necessary to get going,” DeSantis said.

“There’s still going to be work that needs to be done on it,” DeSantis added, likening the CONNECT system to a “jalopy in the Daytona 500.”

Officials faced challenges checking against federal databases, with the Social Security database allowing at one point just 500 checks a day.

“The system was not designed for a voluntary cessation of the economy,” DeSantis said.

David Jones of First Coast News broke the story about a lack of training among call center workers the Governor touted as helping to solve the problem, and the Governor conceded his point Friday in response to questions.

“What happens is you have the majority of calls in late March, early April,” DeSantis said, which had to do with “pin resets.”

“The pin reset is actually a big part of this,” DeSantis said.

Jones noted that people he was corresponding with had been waiting since March for their checks.

“Who are these people,” DeSantis asked, “I would like to get their names.”

“99.999% of those folks have been paid,” DeSantis said, if they weren’t missing key information on applications and had qualified, with a “proactive” DEO following up.

After the press conference wrapped, the Governor’s team got with Jones to obtain information about those facing delayed checks.

However, most of Florida’s unemployed won’t be so lucky, and for DeSantis, it’s a race against time to fix the system left to him by the previous Governor.