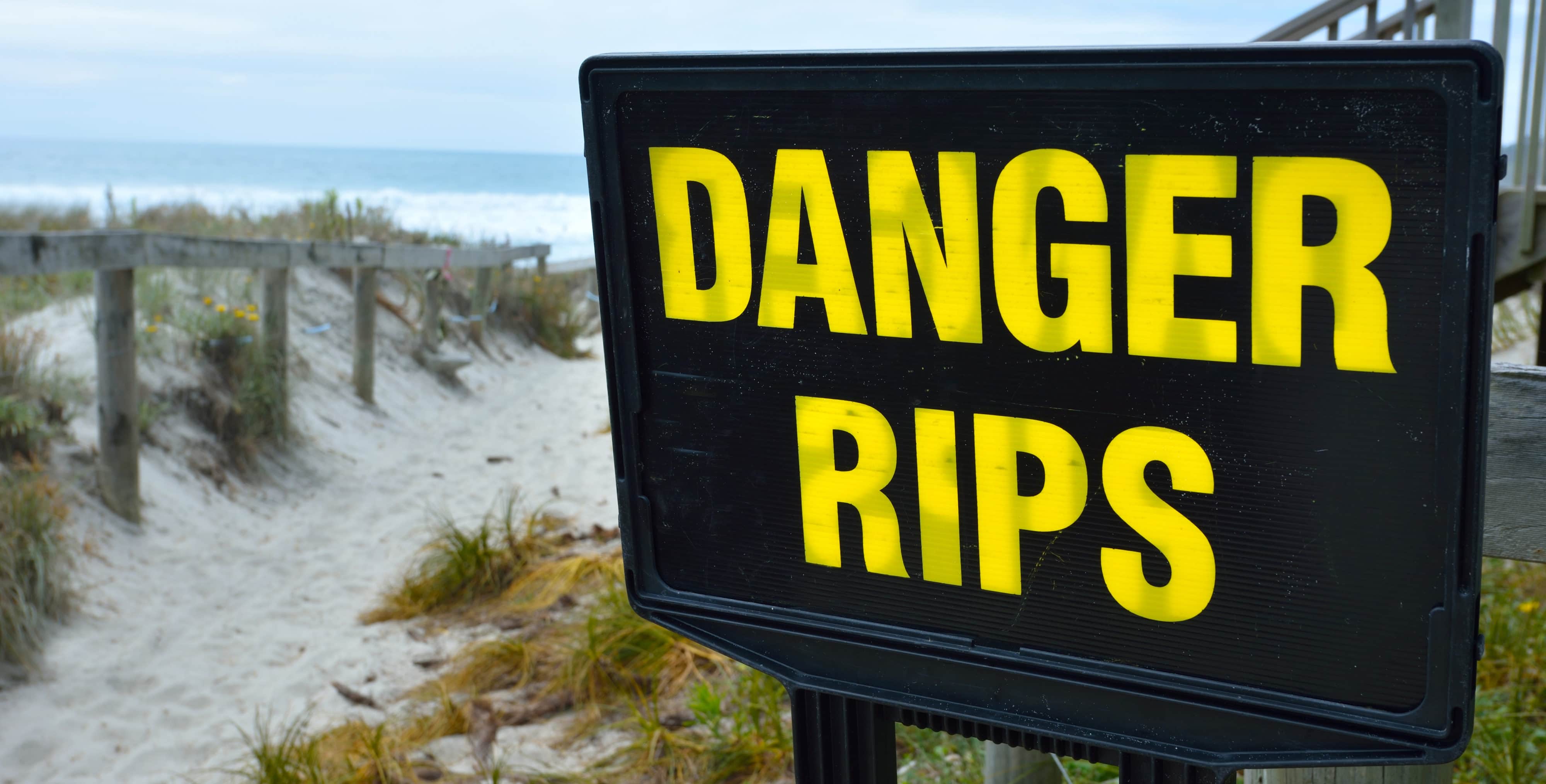 Rip currents pose a serious threat as cooped up Floridians flock to beaches.

As throngs of Floridians return to beaches along the east coast this weekend in light of reduced coronavirus restrictions, the water’s edge poses serious dangers.

The National Weather Service has issued rough sea advisory for nearly the entire Atlantic coast. With easterly wind gusts expected up to 30 mph and seas expected to build up to 7 -10 feet by Saturday, the NWS has issued a rip current advisory.

“Elevated risk continues at area beaches [through] Sunday,” Friday’s NWS statement said. “Rip currents can sweep even the best swimmers away from shore into deeper water.”

Capt. Rob Emahiser of  Ocean Rescue in Jacksonville Beach said his crew of more than 60 lifeguards are bracing for challenging work as residents tired of two months of quarantine are expected to hit the beach in force. It’s only the second weekend since COVID-19 restrictions were lifted.

“It’s going to be bigger, dumpier surf than people are used to,” Emahiser said. “We’re expecting people that haven’t been to the beach much to be visiting.”

At One Ocean Resort & Spa in Atlantic Beach, General Manager David Mariotti said the eight-story oceanfront hotel with 193 rooms is booked for the first time since the coronavirus outbreak in March.

“Everyone is desperate to get their toes in the sand,” Mariotti said.

Emahiser stressed inexperienced beachgoers should swim only near lifeguard towers, avoid structures such as piers and jetties and ask the guards for any advice or warnings. He added guards will use whistles and public address speakers to advise swimmers of any rip currents in the water.

Large surf generates rip currents by pushing large volumes of water on shore and when that water retreats back into the ocean, sometimes there’s a cut in a sand bar and that creates a stream of water heading outward. The result can carry swimmers into deep water quickly.

If anyone is caught in a rip current, they are advised to swim parallel to the shore until they break free of the tow.

“We do expect a large crowd. It’s very difficult to predict what everyone will do,” Emahiser said. “Hopefully, there will be more intervention than actual rescues.”

Meanwhile, there’s a tropical disturbance off southeast Florida expected to turn into a depression.

previousFancy planes aren't a 'thank you,' they're an insult