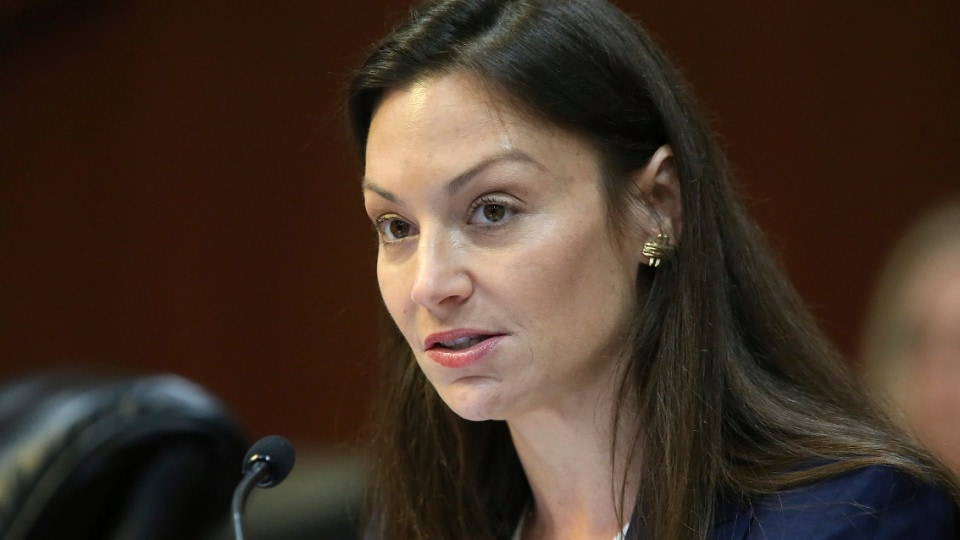 Fried is pillorying DeSantis over his COVID-19 response.

Fried, the only statewide elected Democrat, has been a vocal critic of DeSantis, first because he attempted to strip the state’s energy office from her department, and then later because he snubbed her from the Re-open Florida Task Force, the only member of the cabinet to be left off.

Now Fried is pillorying DeSantis over his COVID-19 response, calling for voters to remember that elections have consequences.

“If you don’t know now why elections count and why elections matter, you’ve been living under a rock for the last few months,” Fried said.

She responded to criticism that the pandemic has become a partisan bickering tool with Democrats bashing Republicans and vice versa. That divide, she explained, is not happening out of angst but rather because of deep divides in ideology.

Democrats, she said, “think about people first and not their ego or image,” a shot clearly directed at President Donald Trump.

Fried also criticized DeSantis for his handling of the state’s broken unemployment system, arguing his messaging has lacked empathy and answers, and instead shifted blame to anyone but his administration.

“At some point, the Governor also has to own that he’s been in office for a year and a half, and these unemployment problems were told to him,” she continued. “Now, he’s blaming the citizens of the state for filling out the forms incorrectly.”

DeSantis has been held to account during media appearances where he has openly expressed frustration with the onslaught of questions, at one point claiming that “99.99%” of unemployment claimants had been paid and questioning whether a reporter vetted sources claiming they weren’t, asking if the reporter had verified their Social Security number for eligibility, a source of sensitive information, clearly not likely to be shared with members of the media.

Her overall message was simple: Floridians must send Joe Biden to the White House and more Democrats to the Florida Legislature.

“I’m lonely in Tallahassee. I certainly have some friends but would love some more Democratic friends,” Fried said. “We need more like-minded individuals.”

Stepping away from partisan disputes, Fried also shared efforts her office has undertaken in recent weeks and months to respond to the COVID-19 crisis.

Fried launched a series of Summer Break Spot locations throughout the state, 1,600 of them, to provide meals to kids out of school. Her office also worked with community partners to establish food pantries where struggling families can access healthy food.

The department has also been working closely with the agricultural community, the state’s second-largest industry, as it battles with lost revenue as crops go wasted through produce dumps, getting plowed under or left on vines to rot.

About 522 million pounds of produce was wasted, Fried said.

To help, Fried’s office asked major grocers to begin purchasing more locally-sourced produce and for consumers to do the same.

Her office established a “Farm to You” website where consumers can identify local farmers to purchase produce directly. Within about a month, Fried said the page had about 500,000 views.

Farmers, she said, have gone from preparing about 40 boxes of produce a week for direct sales to 400 during the coronavirus crisis.

She called it a “consumer awakening.”

“I hope that when this is all said and done, you’re going to start seeing that more and more,” Fried said.