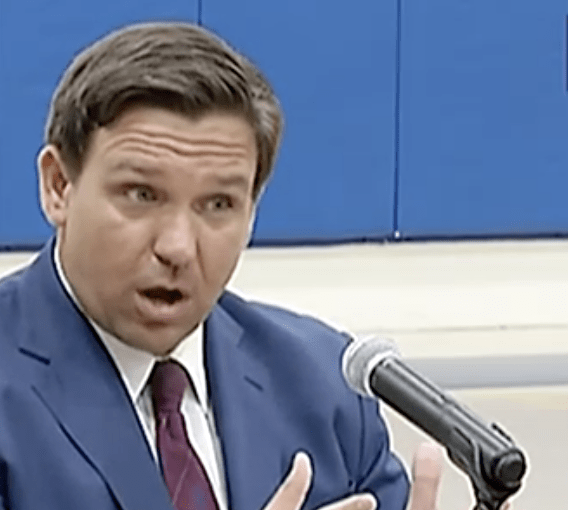 DeSantis said jobless figures could be 'way worse' without his actions.

“I think those numbers would be way worse,” DeSantis said.

The U.S. Department of Labor released data Friday showing Florida lost 1 million jobs since the coronavirus crisis began. The hospitality industry alone lost 40% of all jobs and 43 out of Florida’s 67 counties now have unemployment rates higher than 10%.

The unemployment rate was just 2.8% in Florida in February.

DeSantis balked, though, when asked how many unemployment applications might still be pending, dodging the question during a news conference Friday morning in Jacksonville.

He said economically, the coronavirus pandemic has had “a major, major cost.

“There’s definitely an effort to get a lot of those people back to work,” DeSantis said. “We’re starting to see hopefully a recovery.”

DeSantis said Florida took many “draconian” measures in the early days of the crisis in March and April and he has always been cautious. Local and state orders closed businesses, driving unemployment.

But restrictions, including in Jacksonville, are being lifted.

DeSantis said many of efforts easing restrictions were aimed at helping workers return to jobs, a move many criticized.

“The CDC [Centers for Disease Control] said, ‘They are fools.’” DeSantis said.

Efforts such as Curry’s and other leaders in the state have established “a pathway back” to rebuilding the workforce, DeSantis said.

That pathway, DeSantis said, will take time to complete. He also said the COVID-19 disaster is a new crisis on a scale never seen before in Florida or any other state. Given that, the recovery is difficult to predict.

Getting people back to work is “just not that simple,” DeSantis said. Everything from conflicts with childcare and providing personal protection equipment to social distancing measures add to various reopening decisions among businesses.

DeSantis said “hopefully” the April unemployment figure is the peak, though he was careful not to say it had reached the highest figure.

While he said he didn’t know if the new jobless rate is the highest Florida will see during the crisis, he did not say if he was bracing for increased jobless numbers for the month of May.

previousMany in U.S. say they won't return to gym or dining out

nextTom Brady and his no good, very bad first week in Tampa: A cartoon