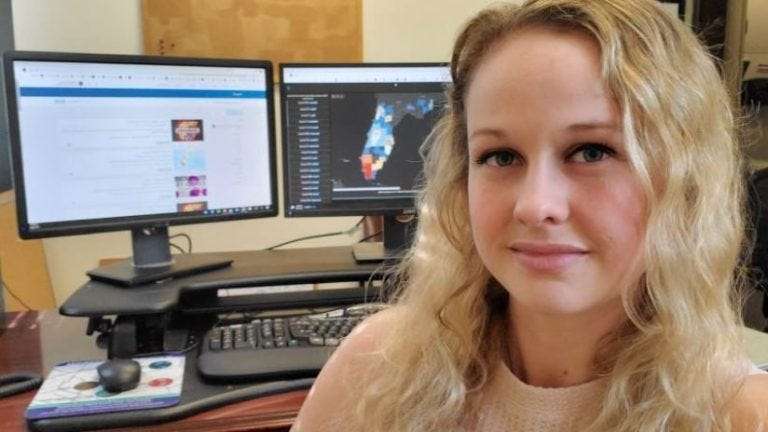 Rebekah Jones had her say on CNN Friday.

The long and winding road that is the Rebekah Jones narrative continued Friday, with the former state employee saying her firing was a “badge of honor.”

The comments were made Friday on CNN in an interview with host Chris Cuomo.

“If refusing to mislead the public during a health crisis is insubordination, then I will wear that badge with honor,” Jones said.

Earlier in the week, Gov. Ron DeSantis blasted Jones at a press availability, reinforcing the narrative that she was let go for good reason.

During the interview with Cuomo, Jones gave her side of the story regarding the data, in which she said she was asked to alter presentation because higher-ups “did not like the results.”

“The results didn’t match the report for reopening that had already been written. Basically a lot of rural counties for a wide range of reasons, didn’t meet the criteria that the state had outlined in order to qualify for reopening. Whereas some more populated counties did meet that criteria, and I was told that specifically, and this is a quote, ‘We can’t tell Jackson and Franklin counties that they can’t reopen, but Broward and Miami-Dade can’.”

The Governor, in comments throughout the coronavirus crisis, stressed the preponderance of positive tests in Southeast Florida counties, but relatively little was said about the issue in rural counties except relative to prison and nursing home outbreaks.

Jones, for her part, issued a statement saying that the Governor did not order her to “manipulate, delete and hide data.”

” I’m just a scientist trying to do good in the world, and did not want to be at the center of a national controversy, which the Governor made impossible when he defamed me in front of the vice president of the United States,” she protested.