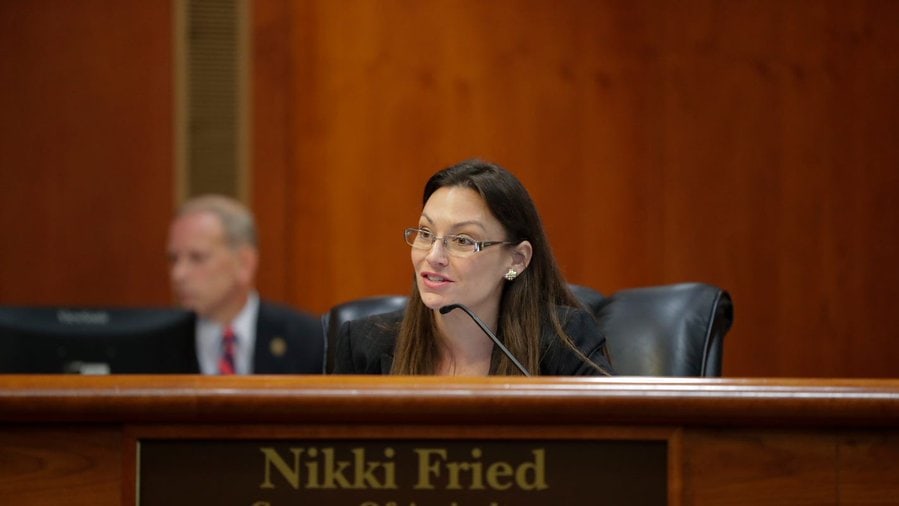 Nikki Fried had her say on MSNBC Saturday.

Almost as frequently as Gov. Ron DeSantis gets booked on Fox News, Nikki Fried gets her shots on MSNBC. And in each, both get to message clearly to their bases and to national audiences.

Saturday’s appearance on the corporate-Democrat leaning “AM Joy” was no exception, as the Commissioner of Agriculture and Consumer Services went on the attack against the Governor’s handling of the COVID-19 crisis.

Fried went on to describe a “dangerous pattern … of misinformation,” especially regarding prisons and nursing homes, two sectors prone to institutional spread.

“This is a pattern of deception we’ve seen from the Governor over and over again,” Fried said, saying that she was ‘not surprised’ Rebekah Jones, a former worker for the state’s COVID-19 dashboard, was fired for spotlighting her problems with the process.

Fried and other Democrats had this week decried Jones’ dismissal, whose whistleblower claims that the state was massaging data have been countered by an administration contention that she was fired with cause for insubordination. But what’s clear now is that the dismissal, coupled with other factors, is leading Fried and likely other Democrats to doubt the data entirely.

Fried, Florida’s only statewide elected Democrat, has been marginalized by the Governor this year, both through the Legislative Session and the handling of the coronavirus.

Ahead of a Cabinet meeting this week, one that happened only after Fried asked on multiple occasions since February that one be convened, it will be interesting to see if Saturday morning’s media hit isn’t seen as another cause for grievance from the Governor.

The Commissioner expressed hopes that Surgeon General Scott Rivkees would be on hand to address her questions, but was pessimistic the Governor would allow that.