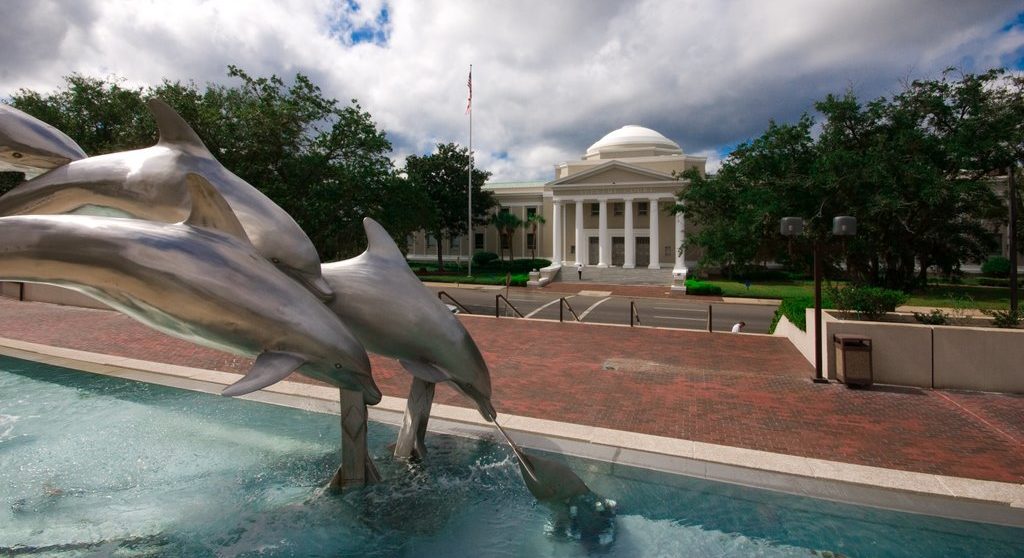 Reactions to Gov. Ron DeSantis’ two new picks for the Florida Supreme Court are pouring in from across the state.

On Tuesday, DeSantis announced the appointment of Judge Renatha Francis and South Florida lawyer John Couriel to the Supreme Court. The two were tapped from a pool of nine nominees.

Among the many who welcomed the appointments was John Stemberger, president of the Florida Family Policy Council.

“Judge Renatha Francis is a woman with an extraordinary life story, solid character and deep faith,” Stemberger said in a statement. “I know her personally and she is also clear on the limited and restrained role of the court and is a ‘textualist’ in the tradition of Clarence Thomas in her judicial philosophy. As the first Jamaican/Caribbean American Justice on the Florida Supreme Court, Francis is an experienced and brilliant choice for Florida’s future.”

Courie, a Harvard graduate and son of Cuban immigrants, will give up a lucrative partnership at the Kobre & Kim law firm for the role.

“Attorney John Couriel is a highly respected lawyer with stellar credentials and a conservative judicial philosophy,” Stemberger said. “When I served as a member of the Judicial Nominating Commission for eight years, we were always impressed when we found candidates who were not pursuing judicial positions motivated by an increase in salary.

The Florida Justice Reform Institute also praised the appointments. Led by President William Large, the institute is a lobbying group working on behalf of small businesses.

“The Florida Justice Reform Institute applauds Governor Ron DeSantis for this thoughtful and decisive leadership as he continues to reshape the Florida Supreme Court,” Large said in a statement. “The Governor’s appointments of John Couriel and Renatha Francis as the 90th and 91st Justices continue his mission to restore the court to its proper role as the interpreter of our laws, not the author.”

Several lawmakers and state leaders also took to Twitter to applaud the appointment.

House Speaker-Designate Chris Sprowls of Clearwater congratulated the pair and said he looks forward to their addition on the high court.

“Congratulations to John Couriel and Renatha Francis on their appointment to the Florida Supreme Court,” Sprowls said. “I look forward to watching these justices continue the current Court’s respect for our constitution, rule of law and separation of powers.”

Congratulations to John Couriel and Renatha Francis on their appointment to the Florida Supreme Court. I look forward to watching these justices continue the current Court’s respect for our constitution, rule of law and separation of powers.

“Tremendous and historic appointments today to the Florida Supreme Court!  Justices Francis and Couriel will serve honorably and well.”

Tremendous and historic appointments today to the Florida Supreme Court! Justices Francis and Couriel will serve honorably and well.

“Only in America can an immigrant end up on the state’s high court. Celebrate it. And never forget it,” tweeted Grant, a Republican.

Only in America can an immigrant end up on the state’s high court.

Celebrate it. And never forget it. https://t.co/RCBss2KEug

Francis and Couriel’s appointments will settle the vacancies created by the departure of Justices Barbara Lagoa and Robert Luck to the 11th U.S. Circuit Court of Appeals late last year.

Francis, who is on maternity leave, will not be constitutionally qualified to take the bench until September when she will have officially served as a bar member for 10 years.

That raised questions among Adam Richardson, an appellate lawyer in West Palm Beach who has repeatedly doubted the legality of DeSantis’ appointment delay. He told The News Service of Florida he does not think the Governor is allowed to wait out Francis’ eligibility and noted that her appointment could be challenged if a citizen or taxpayer files a challenge directly to the Florida Supreme Court.